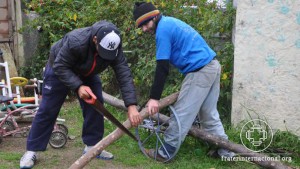 For the first time, the Missionary Youth Event for Peace was carried out in Buenos Aires, Argentina. It was in the weekend from August 31st to September 2, 2018. Volunteers from the Federal Capital and of the province of Buenos Aires participated, as well as collaborators from the Network-of-Light of Argentina.

Feelings of gratitude and plenitude pervaded the hearts throughout the three days, both of the missionaries and of the assisted people, according to the testimonies collected. 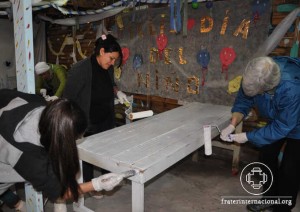 The first activity was held in the refectory “Copa de Leche”, located in a humble neighborhood of the city of Merlo, west zone of the Grand Buenos Aires.

There, in the morning, the group conducted some repairs, pruned trees, dug holes for the placing of poles and fixed a handrail, to improve the access of children to the place. They also painted the benches and tables of the refectory, as well as an external wall. 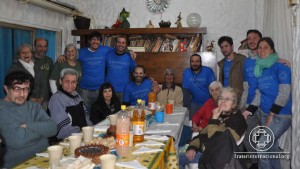 In the afternoon, the volunteers visited the Home for the Elderly “San Jorge”, located in the city of Lanús, Grand Buenos Aires, where they shared some hours with the nine elders that live in the place. They brought some gifts, such as scarves and nightgowns for women and scarves for men. They also celebrated among everyone the birthday of a young missionary, with sweets, cakes and pies.

“I keep for me the smile and gratitude that I saw in the eyes of these persons of the third age, whom we sometimes leave aside, because we do not want to understand them. Dedicating this time to them, listening to them and giving them a hug was something unique”, highlighted Matías Matheou, one of the youths.

“I had the opportunity of visiting for the first time a center for elders, I was glad to be able to help those people who only needed our company”, commented Maxiliano Muro, on his turn. 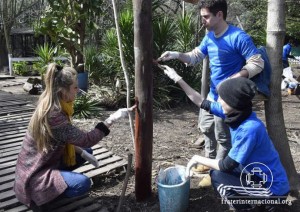 On Saturday, the missionaries assisted the Paradise of Animals (Paraíso de los Animales), a refuge that houses 700 exemplars of different species, in the locality of General Rodríguez, province of Buenos Aires. “We spent a wonderful day, in contact with Nature. The Sun accompanied on this day, and we were able to sit to have lunch under the treetop of three centenary trees of camphor”, described Viviana Walsh.

The youths painted a house for the cats and some dormitories, built the floor for the refuge of the peacock and repaired several portions of greenhouse canvas that had torn.

In search of godparents 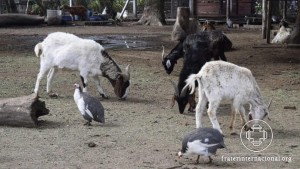 The shelter was legalized 44 years ago and at the moment their founders, two sisters and the husband of one of them, are facing serious financial difficulty to keep sustaining the endeavor of love for the Animal Kingdom. For this reason, they are seeking people who are willing to assume the sponsorship of one or more animals that take refuge there. Also a veterinarian hospital in the property was not concluded.

Each animal has a name and receives the care and love of their caretakers every day. The place, in spite of the financial limitations that it goes through, does not profit with visits and neither with the adopted animals. 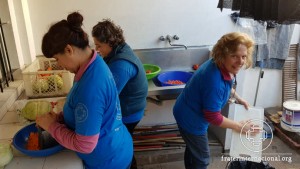 On Sunday morning, the missionaries opened two action fronts, to collaborate in a couple of homes of the Sisters of Charity, in the province of Buenos Aires: one locate in the city of Beccar, and the other in the locality of Benavídez, 765 km from the first one.

The group that went to Beccar helped the home “Gift of Mary”, which shelters disabled women and the refectory for needy people attended by the same group of nuns in the village of La Cava. There, they helped cook, clean and feed one hundred people, approximately.

In the meantime, in Benavidez, the other group of missionaries visited the terminally ill AIDS patients welcomed in the Bethany Home. 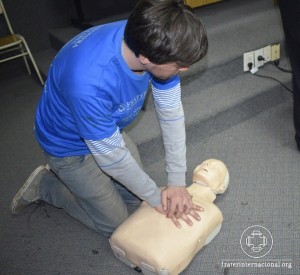 In the afternoon, the missionary practice concluded with a class on First-Aids and Cardiopulmonary Reanimation, which was imparted by a doctor from the emergency sector of the Alvarez Hospital, in the neighborhood of Flores, in the Federal Capital.

“The love with which the people who work in the visited places carry on their tasks is inspiring and fills us with energy, it is highly gratifying. I leave really willing to keep participating and learning”, said Anahi Fernandez.

“I was able to be in the refectory, in the Home for the Elderly and in the animal refuge. The experience touched my heart”, synthesized Santiago Artacho Bendoiro.

For information about the upcoming practices of the Missionary Youth in Buenos Aires, contact: 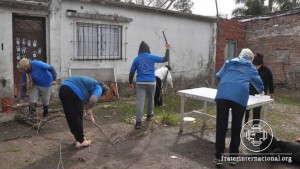 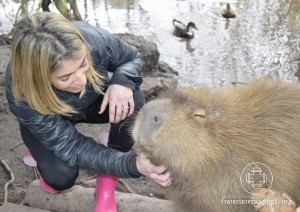 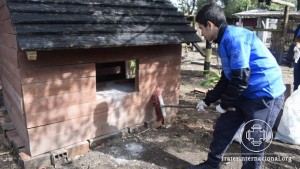 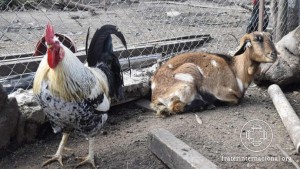 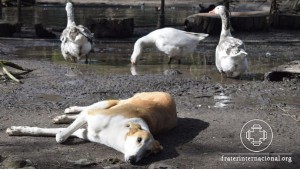 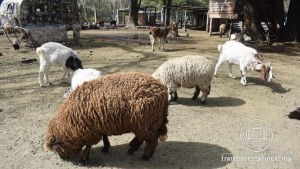