On December 21, 2019, the Fraternidade – International Humanitarian Federation organized the collection of buriti (a kind of palm), raw material for the products of the Venezuelan indigenous artisans of the Warao tribe, in the Pintolândia shelter in Roraima.

The tradition of the Warao culture considers buriti to be “the tree of life”, or ojidu in their own language, for it represents a livelihood for all of the community.

From the stem, a flour called yuruma is prepared, besides getting very nutritious  grubs from it, and using the fruit for consumption.

In additon, the fiber of the leaves is used as a source of income through their handicrafts, with the production of hammocks for sleeping, baskets, bags, trays, jars, among other objects, that won  an exhibition in 2019 at the museum A Casa do Objeto Brasileiro (The House of the Brazilian Object), in Sao Paulo, where the artisans were given all the money from the sale of their handicrafts. In their celebrations, they still use the braiding of the leaves for decorations.

Early in the morning, the bus arrived at the shelter to transport the women and men with the expertise in buritizal to the outskirts of the city of Boa Vista. During the trip, boots and machetes were distributed to help with the harvesting.

The buriti palms generally grow near water, and the harvesting was done in water almost up to the knees. Even so, the team moved quickly. A few hours was enough time to collect the material needed for the next pieces. 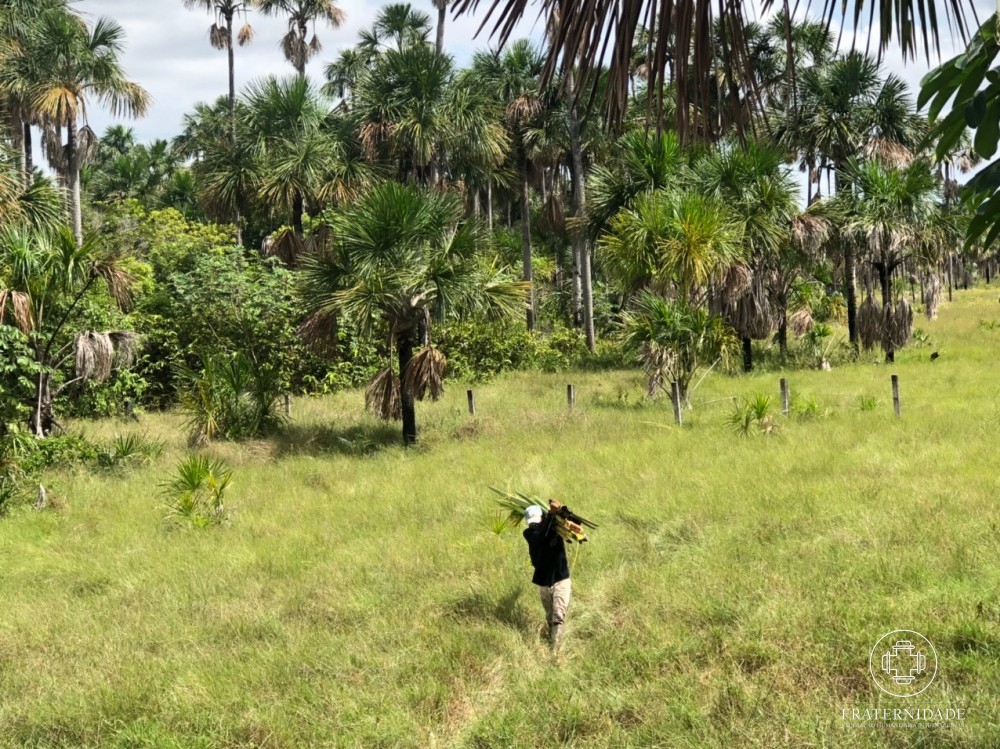 Cutting the buds of the new foliage of the buriti palm allows the process to be sustainable, without harming the tree, which sprouts again within three months, keeping the buritizal growing.

After harvesting, the fiber goes through a manual process of preparation, cooking and drying until it is ready for the weaving. This care strengthens it, and causes it to become malleable and resilient for the handicrafts. 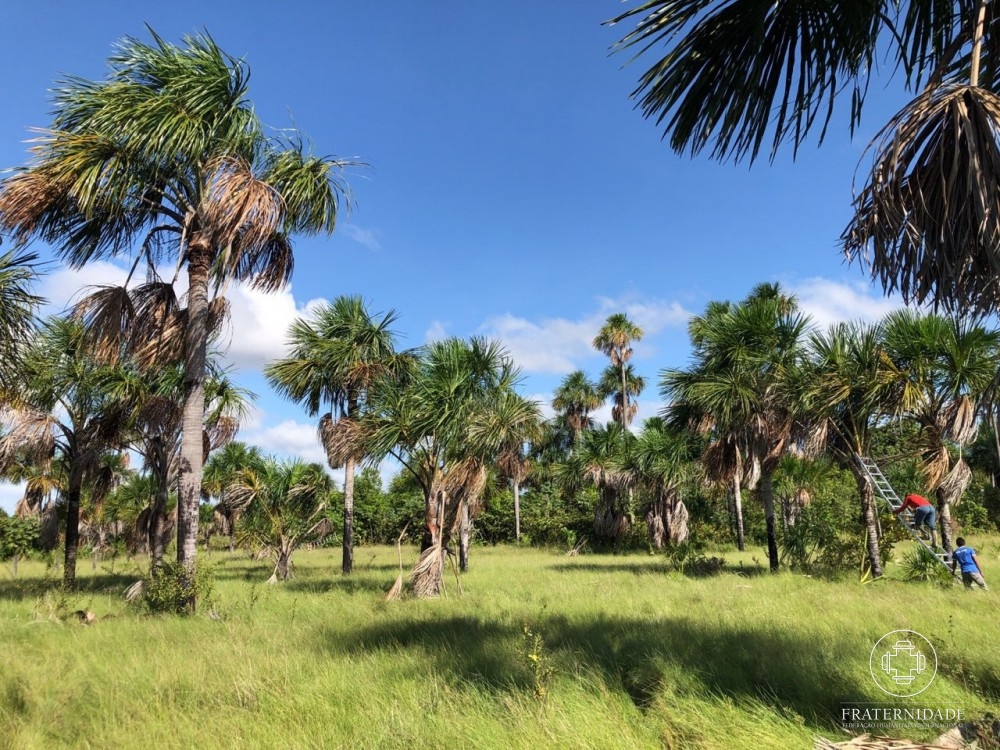 “For me it is a joy, because they are motivated; they become active, they search. The women take the lead, as a need of theirs and the men come as a support to help them; but some women have already stood upright, have climbed the stairs… Little by little, we will achieve this too; they gradually grow,” commented Friar Supremo of the Grace Mercy Order, who accompanied the activity.

Currently, the shelter for Venezuelan indigenous refugees has more than 580 people of the Warao and E’napa tribes, originally from the Delta of the Orinoco River, and from the Venezuelan Amazon, respectively, and Pintolândia is one of the 5 shelters maintained by the Fraternidade Humanitária FIHF.

The main purpose of this action, besides providing support and assistance in the preservation of the traditions and culture of those peoples, is also to give them ways to market and earn their own income through their handicrafts, thus encouraging community participation in the search for lasting solutions.

Get to know the work developed in the Roraima Mission and find out how to support it!