Soya: bridge of union and service to others

The planting of soybeans at the Sacred Kingdoms Light-Nucleus (SKLN) is considered a unifying factor and fraternal activity
of the Central-Western Light-Network in light of several other social initiatives of the Federal District (FD). 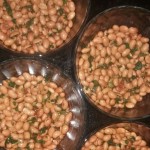 Since May of this year, when the Figueira Sacred Kingdoms Light-Nucleus in Brasilia (SKLN), affiliated with Fraternity – International Humanitarian Federation (FIHF), was blessed with a surplus in the harvest of soya done on their lands, all the movements of the Central-West Light-Network (CWLN) concerning the donation of the food for Humanitarian Fraternity (FIHF) and for social initiatives in the region have been demonstrating the bonding nature of the gesture, which opens doors for humanitarian service and for a fraternal union.

In the beginning, the first donation of large lots of soybeans were received by the Figueira Light-Community, located in the South of Minas, and the Transit House for Refugees, of the Catholic organization Cáritas Diocesana. Next, to enable an ecumenical approach and fraternal assistance to social assistance institutions operating in the Federal District and around the FD, the CWLN began a selection of entities in that region based on the logistical ease for the distribution of the food.

The selected institutions accepted the commitment to not commercialize the soya received, using them only as nourishment for those who are assisted. With this, the ten institutions chosen indicated their needs and all were fulfilled according to the request of each initiative.

Visit of the partners to the SKLN

Some of the entities went directly to the Light-Nucleus to collect the donation. The testimonials of the representatives of the benefited institutions were unanimous concerning the place they were getting acquainted with. Besides the gratitude and the joy shown, all the representatives commented with admiration on the exuberant nature of the area and the harmony of those living there.

For the entities that were unable to send their representatives to collect the donations directly from the Light-Nucleus, the CWLN arranged to deliver the soybeans to the headquarters of each of the awareded initiatives. At each delivery of the donation, whether at the SKLN or the institutions, great joy and fraternity were always present.

Remembering the beginning of the farming

The planting of the soybeans at the SKLN began as early as 2020 as an experience focusing on the self-sustainability of the Light-Nucleus, with a view to social work resulting from the fruits of the harvest. With this intention, it became a priority to work the soil, organically treat and cultivate it, just as is done in the Figueira Light-Community. The experience triggered the potential for producing food in the Light-Nucleus, with results that surprised everybody.

With pure seeds coming from the seed bank of the Figueira Light-Community (and therefore free of genetic manipulation and agrochemicals), the planting of the soy begun, sprouting vigorously and abundantly, which immediately testified to the vitality of the seeds and fertility of the soil, which was previously prepared to receive them after a long resting period.

The seeds were planted in an area of three hectares, resulting in a harvest of six tons, which was beyond all expectations. Of that production, part was reserved for sowing for the next planting season, another part was destined for the CWLN’s members’ own consumption, and finally, the greatest part was distributed to the Figueira Light-Community, Cáritas Diocesana, and philanthropic institutions of the FD (see below the list of social initiatives that benefited from the donations).

Fraternal companions: who are they?

Of the ten institutions selected by the CWLN, three are homes for the elderly that houses approximately 120 people in each unit. They are: Maria Madalena Senior Home, Bezerra de Menezes Senior Home and São Vicente de Paulo Home. The rest of the units host diverse populations due to their specificities and also carry out remarkable work.

The delivery of more than two tons of soybeans for the ten institutions closed the planting cycle of organic grain farming at the SKLN, thus manifesting the vocation of the Light-Nucleus for social work together with Central West vulnerable communities, by means of the production and distribution of food to those who are most in need.

Here are more details about these institutions

Offers assistance to special people of any age and with any kind of disability, welcoming and assisting them in every way. They are babies, children, youths and adults who find refuge there. Jorge Eduardo Deister (or Jorginho), general coordinator of the institution, happy with the donation, tells us that it will feed 50 “children” sheltered there today. He has the goal of taking care of 70, and for this reason needs donations like the one he received.

Assists young pregnant women in vulnerable situations in society and takes care of the little ones during the day when their mothers are working. Everything is done so that the abandoned young women do not stop accepting the life they are gestating. The institution has 43 employees and tends to between 400 and 500 people in the region with the donation of food baskets.

Promotes internships and assists men over the age of 18 who have become socially disrupted because of alcohol and other drugs. There are currently about 20 people supported there. In addition to this support, the institution also donates food basket to vulnerable families in the region.

Carries out assistance work aimed at needy families in a region close to Brasilia (Recanto das Emas). Its coordinator is an enthusiast of vegetarian food and has been using soybeans for a long time. In the food baskets donated to 1,100 assisted families, there is no food of an animal origin. 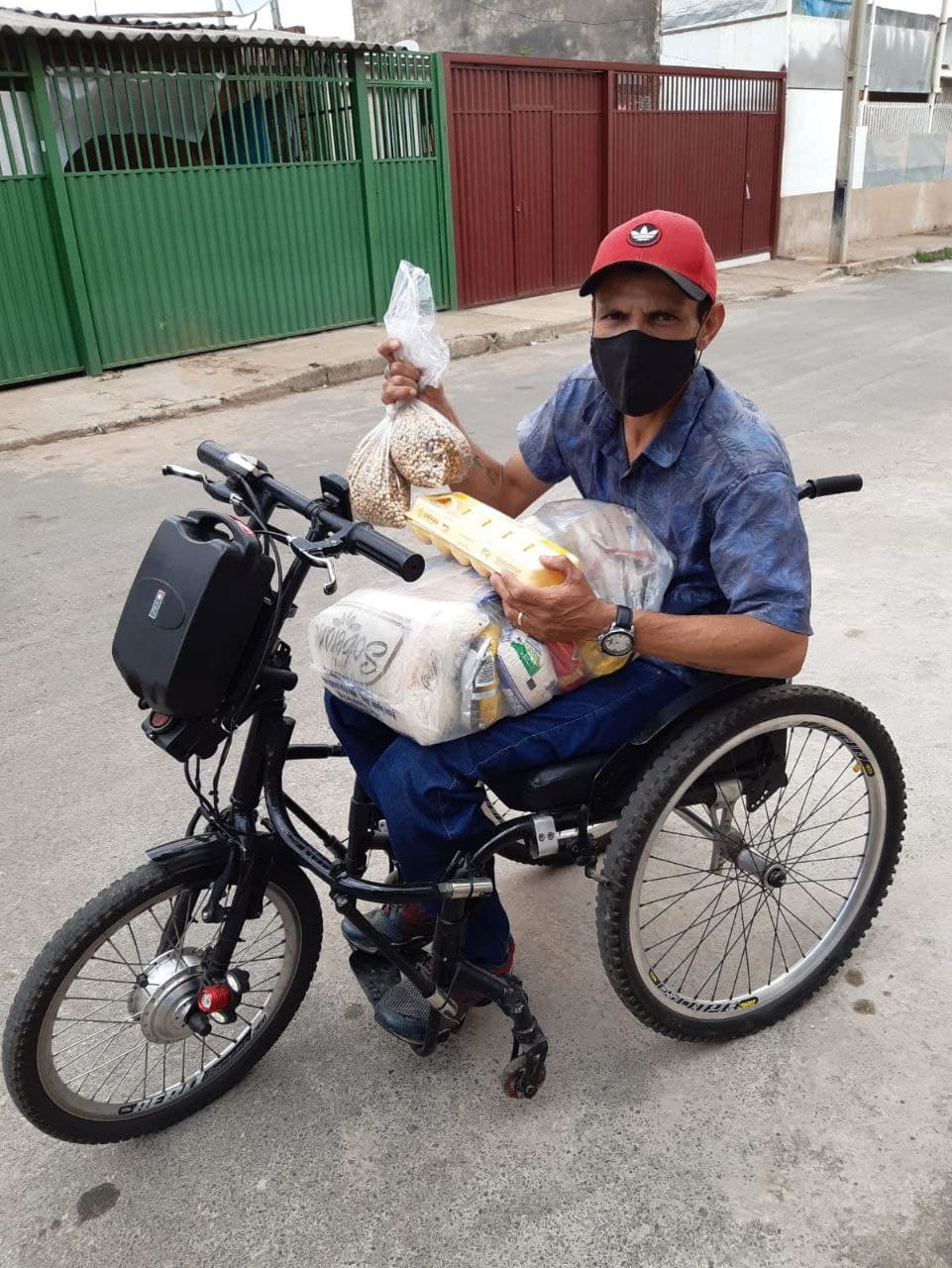 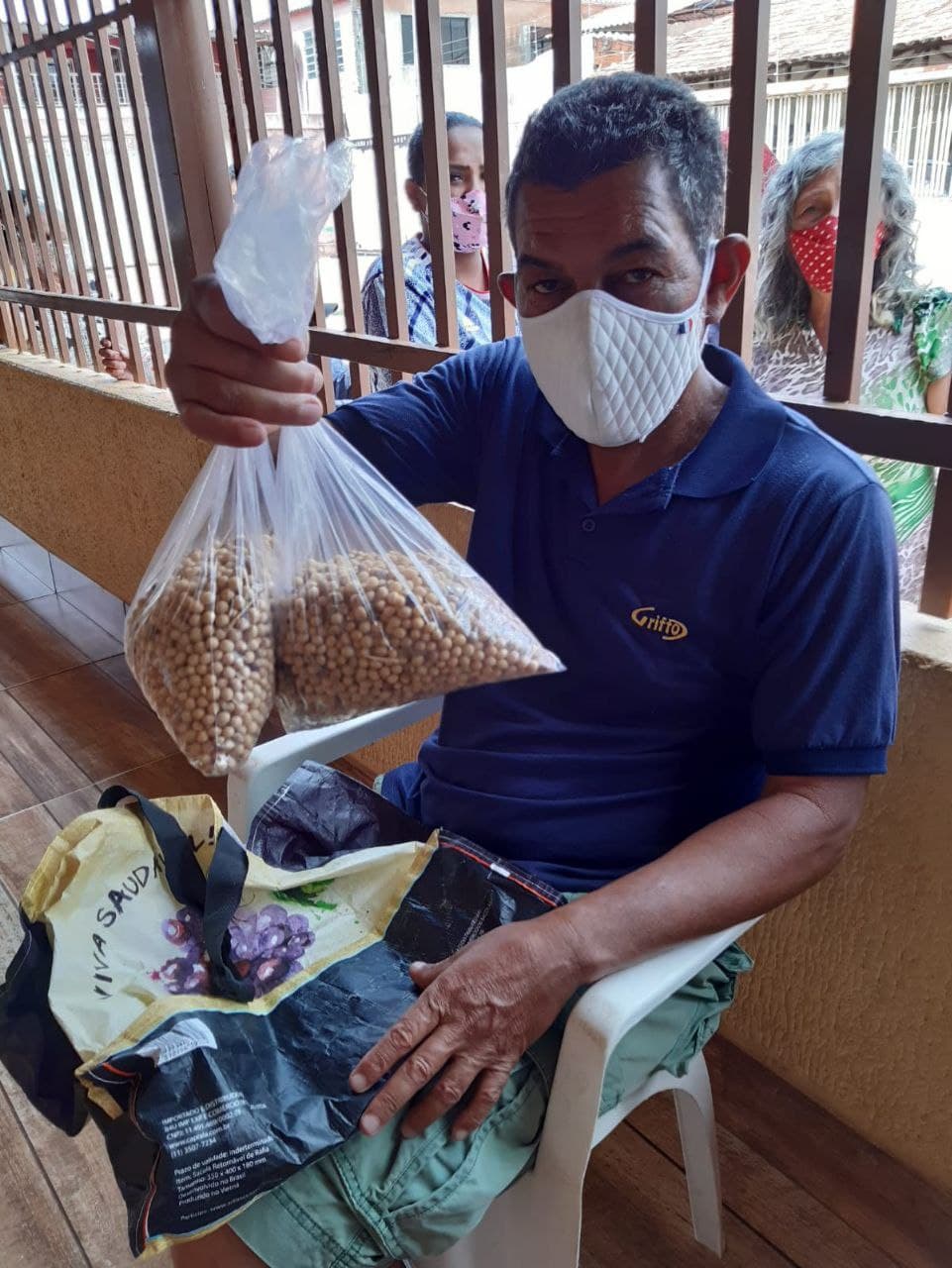 It is a spiritualist space that schedules seminars and other events for the spiritual development of those assisted. It has a connection with another assistance center (Monte Alverne of Brazil) and with it, frequently distributes food baskets, using a register of people in situations of social vulnerability.

It is a specific assistance department of the Adventist Church that specialized in soy cookery. It promotes short classes on the subject and has edited publications about it, which are distributed free of charge. A large number of people in vulnerable socioeconomic situations receive food in that sector, besides taking food baskets back home. 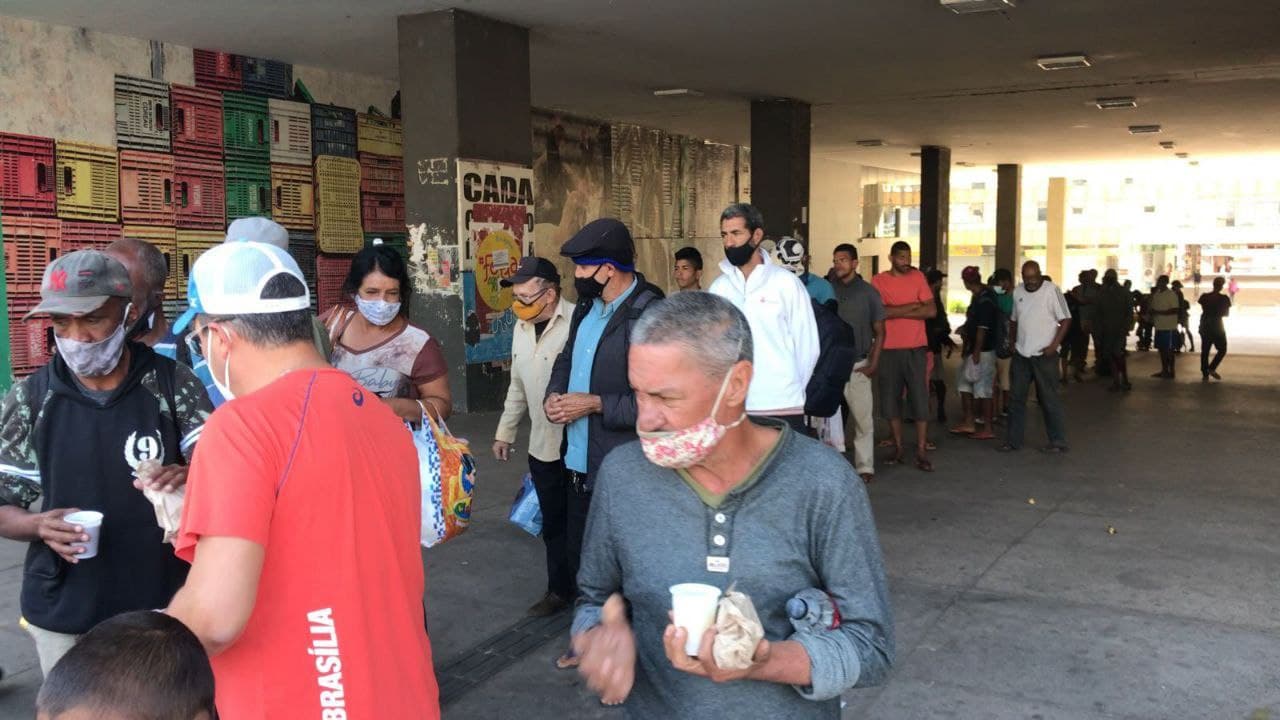 It is situated in the Brasilia Plano Piloto and works in partnership with the Irmã Rosália Spiritual Center (CEIR), located in Planaltina. Both institutions take care of 206 families with 160 children and adolescents.

It promotes better conditions of life for the elderly it cares for. It currently houses 120 elderly men and women and has 43 registered employees on its register. Everything is maintained thanks to the collaboration of the entire community and the effective help of the members of the São Vicente de Paulo Society (the Vicentinos).