January 8 to 10, Monday to Wednesday 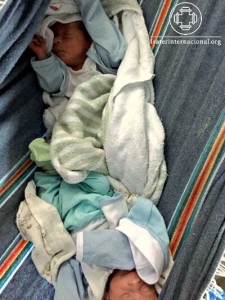 Missionaries pay a visit to an immigrant who did not feel well at night, was taken to hospital by the military police and later returned to the Center of Reference for the Immigrant (CRI).

“We gave fruits to her, as she was very weak. With the arrival of the monastics, we ask them to help her. Later on the same day, we referred the case for the team of the Roraima Labor and Social Welfare Secretary (Setrabes) of the shelter”, said Alexandrina, a missionary of Fraternidade – International Humanitarian Federation.

A missionary of Fraternidade, accompanied by a member of Setrabes, went to fetch the mother and the newborn twins that were discharged from the maternity ward.

A friar of the Grace Mercy Order gave guitar classes and a missionary conducted artistic activities (guided drawing) with children and adolescents. There was also an activity with the women, who were with many requests of sewing in general.

One collaborator in the kitchen caused an accident when opening a pressure cooker in a wrong way, which generated an explosion. The collaborator and two other people were wounded with burns. An ambulance was called, which took the wounded to hospital. 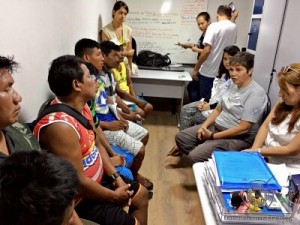 Cleaning of the blue container.

Attendance to the three young men who suffered burns the day before. Visits to the tents in the shelter.

Hair wash of children for removal of lice.

A meeting was held with missionaries, Indigenous leaders, members of the Setrabes and of the United Nations High Commissioner for Refugees (UNHCR), to talk about the education that will be offered at the public schools of Boa Vista for the Warao children.

After the meeting, members of the Setrabes and of the UNHCR visited the space of the school of the CRI.

Classes for the children about arts and Portuguese (vowels).

Missionary of Fraternidade fetched child who had been interned at the Children’s Hospital and had been discharged. 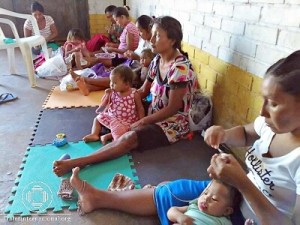 General Hospital of Boa Vista got in touch with the CRI to communicate that a patient that lives in the shelter had left the psychiatric Ward of the hospital without being discharged. The immigrant was not in the shelter and his family did not know where he was.

A Volunteer of the Casa de los Niños (House of Children), the school of the CRI, asked for an updated census of the children who attend the classes. The objective is to make badges for the children. “We consider it to be an important initiative, because it is difficult to identify the children by their Indigenous names. It will be very important also when these children are attending schools outside the shelter”, said Alexandrina.

The request of diapers increased due to the growing number of babies in the shelter. 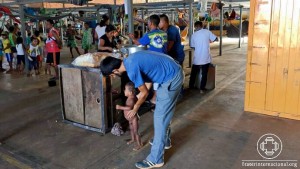 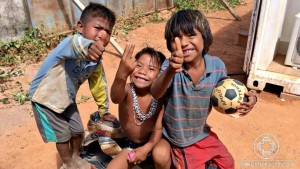