“Precious Souls”, a series that inspires a new model of life 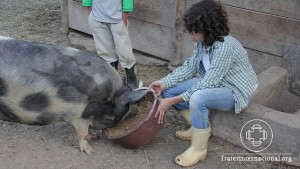 A new proposal is part of the agenda of Mercy Mary TV (MMTV): “Precious Souls”, a series that seeks to reflect the practices of the Community-of-Light of the New Earth as a model of life for a new humanity, based on the filial love for God, on fraternal love among souls and the harmonious cooperation between human beings and the Kingdoms of Nature. The program also intends to inspire the reproduction of similar experiences in other places of the planet, said Nadya Moya, in charge of the Community-of-Light of the New Earth  communication sector.

“Precious Almas” is displayed once a month, every third Thursday, starting at 7:00 p.m.

It has the approximate duration of one hour and has four parts:

Consciousness though living together

A segment that intends to inspire a new standard of life, through little acts in daily routine.

It shows experiences of rescue of representatives of the Mineral, Plant and Animal Kingdoms, by means of a loving and abnegated service.

Space dedicated to the devotion of the children and youths to the Sacred Hearts of Christ Jesus, of the Virgin Mary and of Saint Joseph.

Stories of life transformation where the engine is love. 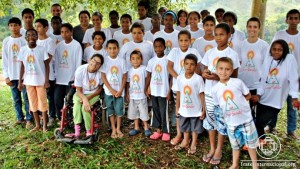 The values of life that the program seeks to inspire have been built since 2003 within each member of a unique family. Composed of a woman with 46 children, with different personal histories of suffering, adopted throughout several years. Nowadays the youngest is seven-years old and the oldest is 27. She, with much love and faith in God, fulfills the roles of father and mother, which is the reason why she adopted the name of Pa-ma (Father-Mother). 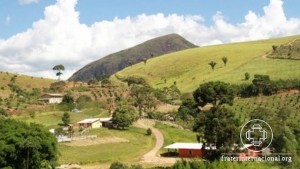 Community-of-Light of the New Earth

The heterogeneous family group shares its days with thirty voluntary collaborators and about 600 animals of various species, rescued and welcomed in two properties: the main headquarters of the Community-of-Light, located in the rural area of Teresopolis, and a location known as Sanctuary of the Kingdoms, located in Nova Friburgo, both cities in the state of Rio de Janeiro, Brazil. 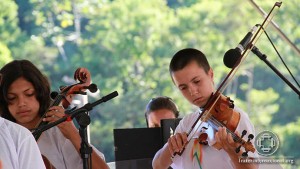 The work of love begun by Pama in 2003, through the adoption of abandoned minors, constituted an expansion of the social work that, with a group of collaborators, had already been in progress in the region since 1993, through the Nucleus of Service Crer-Sendo.

As time went by, the main headquarters of the Community-of-Light began to include other services, such as the Live School “Tibetan Park” and the Marian Center of the Child-King. It also received the support of a monastery of the Grace Mercy Order.

The Community-of-Light of the New Earth is part, as an affiliate, of Fraternidade – International Humanitarian Federation (FFHI).  To learn more about its history, click here.

All this pioneering experience presents still another particularity: it is sustained exclusively by spontaneous donations and help. Learn how to collaborate with this work of love, by clicking here.