Opening of the Fourth Indigenous Shelter in Roraima

This is the time for Nova Canaã shelter, which had closed in November, to be reactivated but now with an indigenous profile

The Fraternity – International Humanitarian Federation (FIHF) has taken on the management of another indigenous shelter in the state of Roraima. There are now four shelters under its management specifically for this population; three in Boa Vista and one in Pacaraima. Nova Canaã shelter, which is being reactivated, is well known to the organization’s field team, since it had been under their management until its closure in November. Only the profile of the shelter’s residents has changed: they are now Venezuelan Indigenous people. 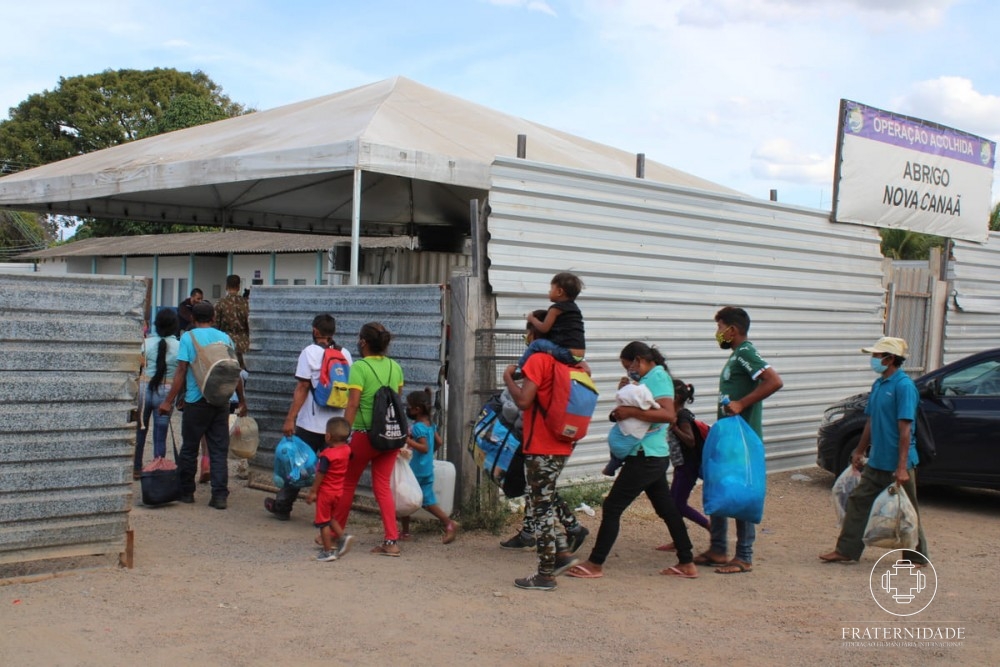 The opening of a new shelter was necessary because the Venezuelan migratory flow has been increasing. Although the Brazilian border remains closed due to the Covid-19 pandemic, many Venezuelans pass into the Brazilian side through alternative routes, called “trochas.” Highly vulnerable, the indigenous people receive special attention from the Acolhida (Welcome) Operation, humanitarian response coordinated jointly by the Brazilian government through its Armed Forces, the UN agencies, and several civil society institutions, among them the Humanitarian Fraternity – (FIHF). 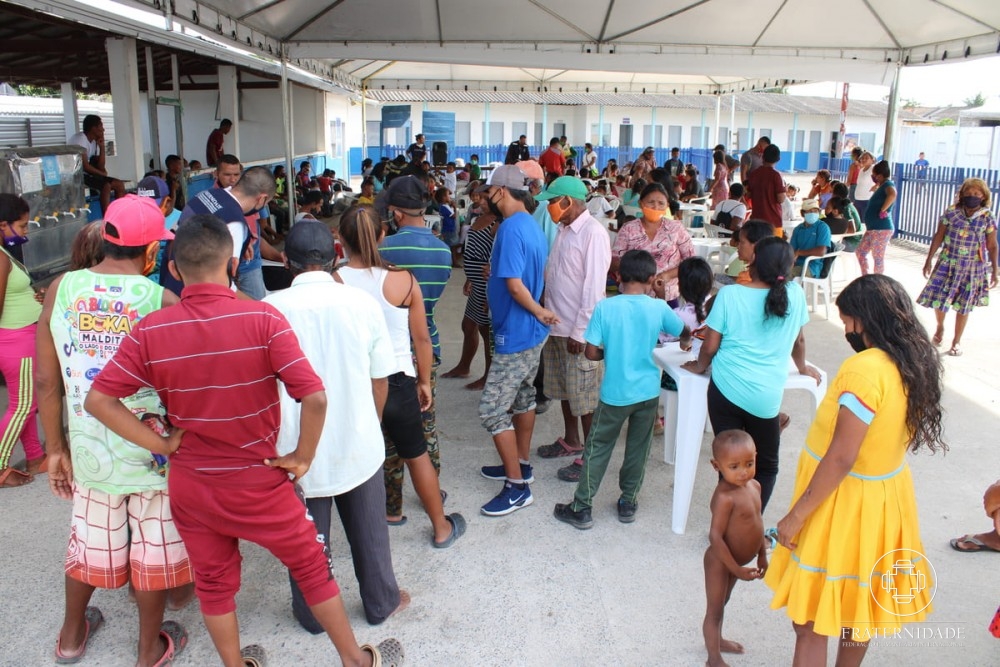 As it has been working with the Venezuelan indigenous groups since it arrived in Roraima in 2016 and manages all the shelters dedicated specifically for this public, the Humanitarian Fraternity – (FIHF) has acquired a certain expertise in dealing with the different ethnic groups. Respect for their cultural differences is one of the premises of the institution’s work. The construction of lasting solutions for the indigenous migratory issue is a great challenge that has been assumed by its team and that has deserved more and more attention. These factors contributed to the management of this new shelter being entrusted to Fraternity – Humanitarian (FFHI), as UNHCR‘s implementing partner and aligned with Acolhida (Welcome) Operation. 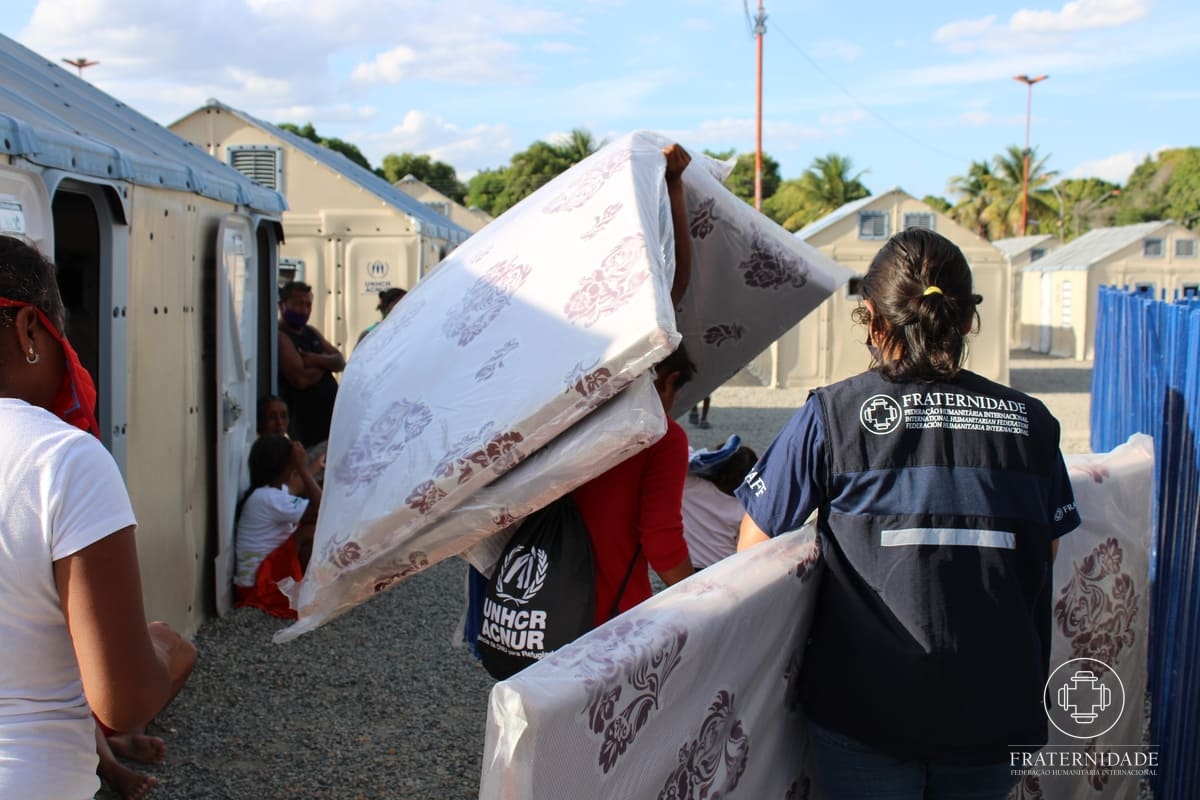 The beneficiaries of the new shelter, who were temporarily in shelter BV-8 in Pacaraima, were brought voluntarily through the logistics organized by the Armed  Forces. The transport and welcome operation lasted four days. The shelter currently houses 274 people, 45% of whom are under the age of 18. Another 50 people are expected to arrive in the next few days and are already in Pacaraima. With the addition of this new group, Nova Canaã shelter reaches its foreseen maximum capacity. If the migratory flow continues at the same intensity, it will be necessary to open another shelter. 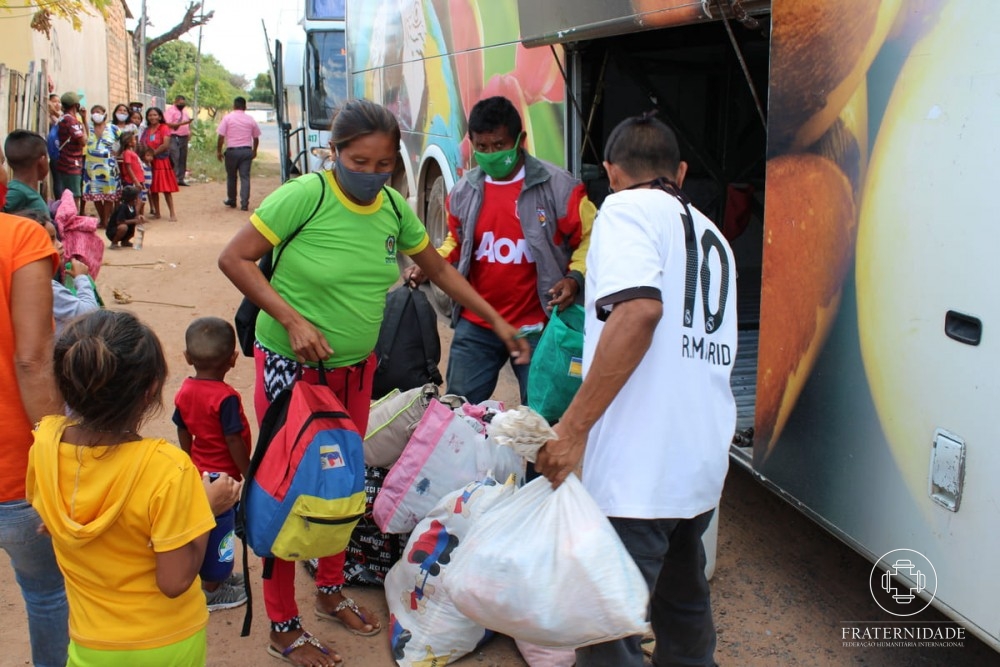 One of the beneficiaries of the new shelter – 58 year old Ermelinda – just arrived in Brazil to reunite with her sister who migrated 3 years ago. After talking about the difficulties of living in Venezuela, and about the challenges of making the trip in the company of some family members, she reported: “Now, honestly, here I am happy! I am eating well, I am sleeping well, and even the clothes –  which I was completely out of –  my family gave me as a gift.” She came from Venezuela with chest pains, headaches, and nausea. When she arrived at the BV8 shelter she was able to see a doctor, who verified that her blood pressure was very high. She received medication and is feeling better. 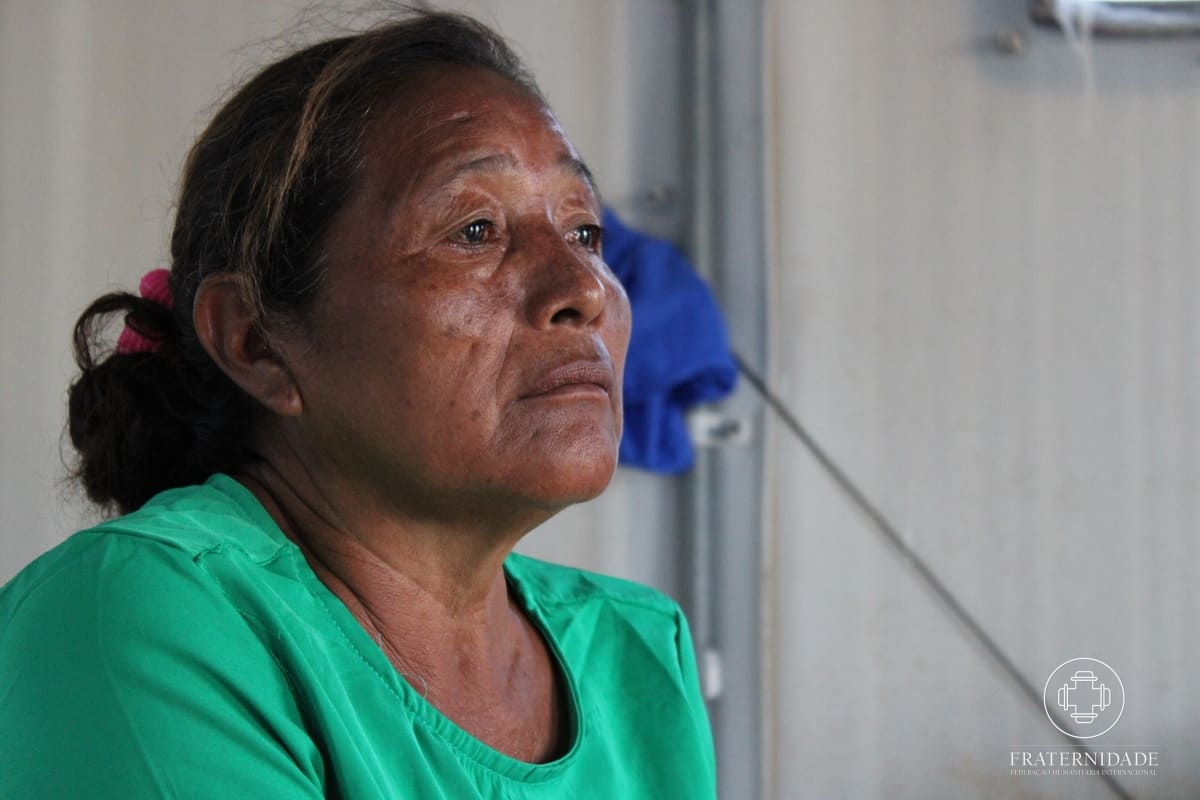 Cases like Ermelinda’s are the general pattern of this group that was welcomed in the Nova Canaã shelter: migrants in a situation of extreme vulnerability, lacking not only elements that provide human dignity, but even the most basic for their own survival, such as food, medical attention, and medicine. This is the time for the first phase of a humanitarian response, more of an assistance response, which in addition to providing safe housing, seeks to address the most urgent health and malnutrition situations. Another task of this first phase will be to promote family reunifications among relatives who are in different shelters and want to stay together. Over time, the expectation is that migrants can re-establish themselves, rescue their human dignity, and prepare for the phase of seeking  lasting solutions, a new and important step in this journey on Brazilian land.