On Father’s Day, indigenous Warao fathers talk about living as refugees from Venezuela

Antonio and José live in the indigenous shelter of Pintolândia, in Boa Vista, under management by the Fraternity – International Humanitarian Federation (FIHF), and they tell us about their difficult journeys until reaching Brazil, and their struggles to raise their children. But today, on Father’s Day, they talk to us mostly about love, caring, respect and the dream of giving their children a better life. 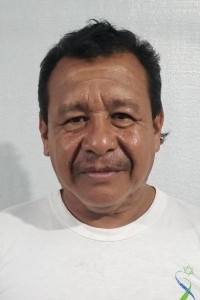 “I was strong and faced the world to raise my children.”

Antonio, a Warao native, is 50 years old, but was only able to study until he was 14. “My family was very poor; the situation did not allow me to study longer than that,” he tells us. He could have been a lawyer or doctor, he says, but he transformed that desire into the dream he nurtures about seeing his children educated in some university.

His words demonstrate a path grounded in the path of the Warao tribe itself: work and struggle. “I was a young father, I was strong and faced the world to raise my children. In the Warao culture, the ties of learning between father and child are very strong. My experience is to support my children with work and with struggle. I continue to struggle, struggle greatly.”

What he didn’t imagine is that perhaps his children’s education would take place in Brazil rather than in his country of origin. The economic and political crisis in Venezuela imposed a precarious living situation on these native peoples, forcing them to seek refuge in other countries. Antonio is one of thousands who travelled many hours, in a bad situation and sleeping poorly, towards a country that speaks another language, full of uncertainties, but that symbolized the possibility of a more dignified life.

That search brought new challenges when he became established in Boa Vista, Roraima. “We left our country, our homes behind, and our children left school. It is another language, another culture. We are strangers in Brazil,” he affirms.

For him, studying will make it possible for the children to be on what he defines as “a good path” in the midst of difficulties imposed because he is an indigenous refugee in another country, a condition of double vulnerability. “I tell my children: ‘study, don’t have children early.’ I always use me as an example, who had to work from when I was young. Many times we are criticized, so we have to deal with that also.”

But Antonio’s lessons for his children are not limited to simple survival in an environment marked by discrimination. Respect for the eldest and care of the newest are lessons that he learned early, when he had his first child, and he had the task of passing it on.

Today a grandfather, he also gives advice to his children in the raising of his grandchildren. For him, in a real family, there is no place for violence. “I say that the children are friends, never enemies. The wife must also be treated with respect. Many people don’t value the women, who do so much, and they abuse them; that should not be done,” he affirms.

It is the principles of fraternity that guide the steps of the fathers. “What I was taught, I am going to teach them also, so that they will have a healthy, good life shared with others. If they have that, they will be okay in any part of the world.” 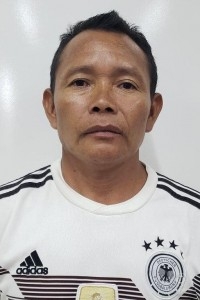 Father, in Warao is Dima, “a beautiful and kind word.”

José, 42 years old and father of six children, teaches that the word ‘father’, in Warao, is ‘Dima’, and he defines it as “a beautiful and kind word.”

For him, fathers and mothers are a symbol of the principle of nature and for this reason, we owe those figures a lot of respect. “We can never forget father and mother,” he says.

José had to adapt to the need of moving even before his coming to Brazil. Like many Warao natives, he made the decision of leaving his community and going to the city. “A place where we could understand and speak good Spanish. In the community, nobody ever left, so it was me and my parents who went looking for an education, to speak with companions, with the teachers.”

Today, José speaks very good Spanish, but just like his parents, he had to take his children to learn another language: this time, Portuguese. When they arrived at Boa Vista, one of his children became ill and had to be hospitalized for nine months at the Children’s Hospital. She was undernourished and had various other problems – the result of a severe journey in search of a refuge in another country.

Now he is hopeful of the better life to be achieved by his children: “I am their way, they will follow me and they will surpass me, they will be more professional,” he reports.

The indigenous fathers, Antonio and José, are examples of strength and determination. Even with so many challenges, they persist with hope in the loving and fraternal care of their children, their families, and the culture of their people.