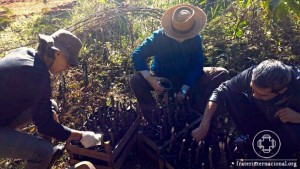 Eighteen collaborators stayed in the area of F2, and carried out tasks in the vegetable garden, in the greenhouse, in the sweeping of the external areas, in the Temple of Gratitude and in the harmonization of the hall of ‘sharings’. The other eight collaborators stayed in the House of Light on the Hill, where they participated in the building of the new internal road of the place, helped in the assistance at the Health and Healing Sector and in the cultivation, participating in the Experience in Biodynamic Agriculture together with the children from São Bento Abade and other towns of the region. 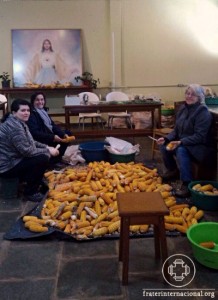 On Saturday, the 16th, the group gathered and carried out an activity in the Labyrinth of F2, and watched the ‘sharing’ of Trigueirinho. On Sunday, they all participated in the work with Mantras with Friar Supremo and Friar Renato.

The group intends to establish a rhythm of bimonthly visits to the Community-of-Light of Figueira. ‘To do rhythm in Figueira is to comply with a request by the Divine Mother. São Paulo is a guardian of Figueira and of the Marian Center. With a lot of joy, we have found a Figueira well taken care of, renewed, attentive to those who approach it’, said Vera Iurovschi, one of the Managers of the Nucleus-of-Light of Figueira in São Paulo.

‘They were intense days, joyful and of much unity’, said Rachel Navas, another Manager of the Nucleus-of-Light. 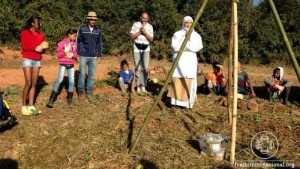 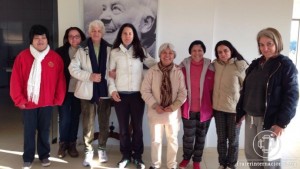