The practice of altruistic work helps the human being uplift their consciousness. Some 24 volunteers had the opportunity of sharing this experience in two days of activities.

Since the rupture of Vale’s mud dam on January 25 this year, our teams have been on various support and rescue fronts from shortly after the disaster.

This time, the missionaries went to Brumadinho to closely monitor the programs of reforestation with native trees and actions to prevent and combat forest fires developed by the AMDA .

From Brumadinho the group went on to Belo Horizonte and on the second day of activities of the Missionary Tour, twenty young people joined the collective effort to continue the work begun on the last missionary tour some months previously.

The task is done in a modality of joint efforts and provides assistance for the homes in peripheral communities of the city, where the houses of needy families are cared for.

other things. In the latest activity, families from Vila União and Aglomerado da Serra benefited.

This time, the community served was Vila Fazendinha, also in the Aglomerado da Serra. The young missionaries carried out the construction and coating of walls, put up clotheslines, and cleaned the outside spaces of the areas served.

On the same day, the group went to the Casa das Crianças [House of the Children], a project that is part of work carried out by members of the Sagrado Céu Light-Nucleus, affiliated with FIHF.

Since 2011, the institution has taken care of children and families of the neighboring communities and suburbs, offering various activities: groups of prayer; psychological and dental care; classes of music for children and adolescents; sewing workshops; storytelling for various types of audiences, among other tasks.

The House also has a Singing Choir that generally comes twice a year, being the year-end presentation open to the public.

After a delicious lunch, the young missionaries had the opportunity of listening to the lecture “The need to serve in young people”, given by Imer, one of the most experienced missionaries of Fraternidade.

Following that was the presentation of the Canto-Coral da Casa group. Everything was transmitted by internet, and young people from various places on the planet were able to follow it in real-time. 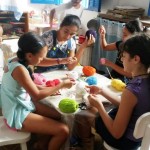 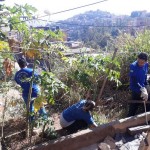 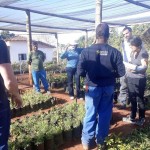 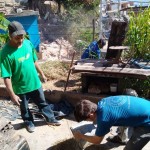 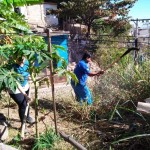 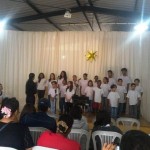 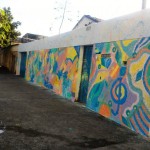