“Love that unites. Art that heals. Peace that builds”

(message written on the wall of the Children’s House during the Missionary Youth for Peace Day, in Belo Horizonte) 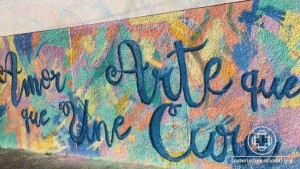 Wall of the Children’s House

The Youth Festival for Peace took place in Belo Horizonte, capital of the Brazilian state of Minas Gerais, and it had a striking turn out. It could be Considered a blessed result, as the Missionary Youth for Peace Day took place in the capital at the end of May. During the event of the Festival, there was a “round table”, in which the topics discussed included the missionary action of Fraternidade – International Humanitarian Federation. During this meeting, the idea arose to promote a missionary practice from May 25 to 27, with an invitation to each youth registered during the Festival. This was the origin of how the Missionary Youth for Peace Day began.

Imer, an experienced Missionary of Fraternidade, together with other young missionaries, came to the Community-of-Light of Figueira, in Carmo da Cachoeira, MG, to support the Missionary Youth for Peace Day in Belo Horizonte. A noteworthy fact is that, in the days of the event, the country was undergoing a critical moment. The truck drivers strike, brought about by the increase in the price of fuels, was causing supply shortage in the whole country, and left many state and federal highways closed, great traffic jams and little availability for transportation, food items and even medicines. Despite this context, the youth overcame the situation, and were present  during  the three days of this event. 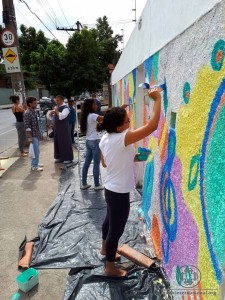 Host to the Youth Campaign for Peace

On May 25, there was an idea to paint the wall of the Children’s House, an extension of the Nucleus-of-Light of Sacred Sky. It hosts various activities: groups of prayer, psychological and dental services, music classes for children and adolescents, sewing workshops, among others. And now it will also be the Headquarters of the Youth Campaign for Peace in Belo Horizonte.

The white wall has much graffiti from vandals. So, the idea arose to create a renovation painting. Besides decorating the entrance to the House, the reasons for the painting also has the goal of avoiding new vandalistic graffiti, because normally this kind of art is respected and preserved. About fifteen youths participated in the activity, some of them for the first time with the group.

Humanitarian Action in the community

On Saturday, May 26, a humanitarian action was held within a woman’s home. She lives in a needy community called Vila União, near the Children’s House. A part of the missionary youths group painted some walls in her house, cleaned the roof and changed some asbestos tiles for pieces of transparent material, to lighten the precinct, which had poor lighting. In addition, the other part of the team stayed in a little square, conducting playful and musical activities for the children of the community. On this second day, about 25 youths participated.

Help to the Kingdoms of Nature 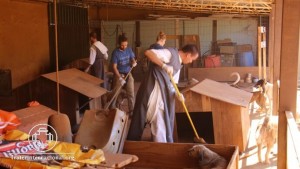 Harmonization of the kennel

On the last day, May 27, the task was with helping the Kingdoms of Nature. This action took place in a kennel that shelters 70 dogs and 30 cats. The coordinator of the place, Franklin de Oliveira, an old activist of the animal cause, looks after the little animals practically all by himself. Thus, the group, which had the participation of 12 youths, helped with cleaning and harmonizing the space.

Events in Sao Paulo and in Sao Carlos

The Missionary Youth for Peace Day especially activated the missionary spirit in the consciousness of the group of youths in Belo Horizonte. The objective is to maintain the activities, giving continuity to the works begun. Humanitarian action is one of the branches of the Youth Campaign for Peace. With this in mind, Events of the Missionary Youth for Peace are planned for the cities of Sao Paulo (from June 22 to 24), and Sao Carlos (from June 29 to July 1st). 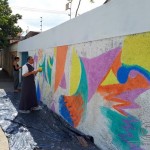 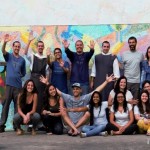 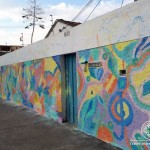 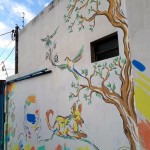 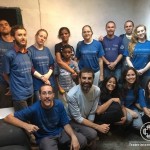 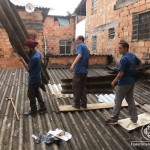 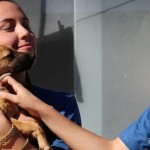 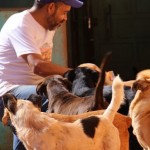 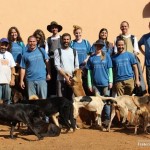