Missionary Experience of the Fraternidade ignites love for the neediest 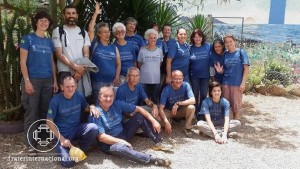 Thirteen volunteers altogether, coming from several cities of Brazil and abroad, joined the missionaries of the Fraternidade – International Humanitarian Federation, in a new Missionary Experience organized by this entity, in the city of Carmo da Cachoeira, Minas Gerais, Brazil. The event took place between the 21st and the 27th of November, 2016.

To Carlos Roberto Siqueira, a collaborator of the Nucleus-of-Light of Figueira in São Carlos, State of São Paulo, the Missionary Experience was “a great experience of love, an opportunity of discovering how the world is and how people are, beyond ourselves”. 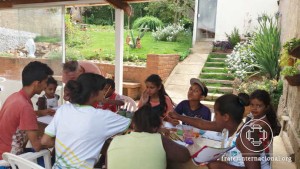 In the feminine house of the Missionaries

The Angolan Mário Pereira, arriving from Portugal, considered it a quite valid experience, which awakens “much sensitivity and the awareness that we are a part of a whole, of Creation, and that we have therefore the obligation to interact with all parts, in a loving, caring and fraternal way”.

Portal of Transformation
To Ana Flavia, from Santa Catarina, Rio Grande do Sul, it was a great opportunity of service and of quest for her own path, for the mission that corresponds to her to fulfill in these moments. She is a psychologist and is proposing to herself the possibility of consecrating her life to the missionary task. 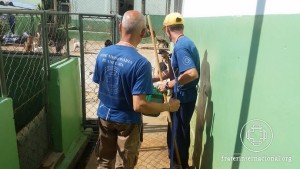 In the Francis of Assisi Park, in Lavras

Maria de Fátima Menezes, from Salvador, Bahia, said that the Missionary Experience was “a Portal of  personal transformation and a means to learn group co-existence”. She added that what impacted her the most was the work with the animals in the Francis of Assisi Park, where more than 450 dogs are sheltered. “When you are not used to this, it seems difficult to clean the dirt that so many dogs generate together, but as you enter the task you forget everything and at the end you are transformed and deeply thankful for the opportunity of serving these animals in such need of love”, confessed the volunteer.

“The Missionary Experience is a monthly activity of the Fraternidade, which lasts for a week and is open to all those interested in learning about the missionary life and in serving those most in need, with joy, with love – and in a thoroughly disinterested manner”, explained Imer, a missionary and coordinator of the experience of November 2016. 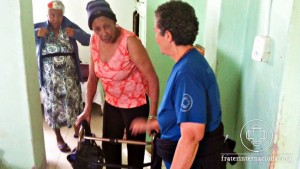 In the Home of the Elderly Women

Schedule
This time, the Schedule included the organization and the distribution of donations in the Hut of Saint Joseph to people of low income of the region of Carmo da Cachoeira, as well as services of support in two houses for elderly people (Saint Vicent de Paul, in Carmo da Cachoeira and Home of the Elderly Women, in the city of Nepomuceno, Minas Gerais).

In the feminine house of the Missionaries of the Fraternidade, a recreational journey with needy children of Carmo da Cachoeira. There were also activities of integration with those sheltered in the House of Reception of Saint Joseph, a place of service of the missionaries in Carmo da Cachoeira, where the volunteers shared tasks in the vegetable garden, greenhouse, varnishing of wood and harmonization of the house. The beneficiaries are alcohol- and drug-addicts, most of them homeless.

The week was completed with a service to the Animal Kingdom in the kennel of the Francis of Assisi Park, in Lavras, Minas Gerais, where the volunteers harmonized the are of shelter of the dogs and other dependencies of the place. 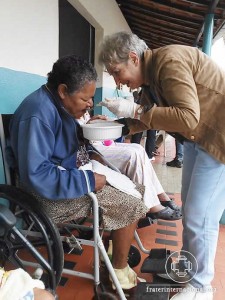 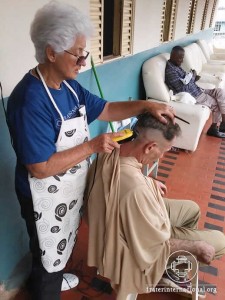 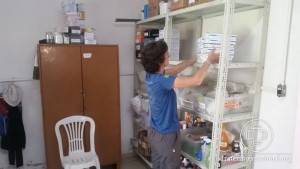 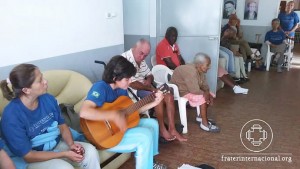