The Missionaries of the Uruguay Mission return to the Fraternidade After 33 days, they are back to the headquarters of the Fraternidade – International Humanitarian Federation, in Carmo da Cachoeira, Minas Gerais, Brazil. On May 2, the six missionaries had left for Uruguay to render assistance to the victims of a tornado that devastated this town on April 15, 2016.

Besides collaborating in helping those affected by the tornado, the Missionaries of the Fraternidade also went to the Community-of-Light of Fraternity, in Paysandú, Uruguay, where they stayed for a week helping in different tasks. From there, they went to the Community-of-Light of the Brotherhood, in the valley of ERKS, province of Cordoba, Argentina, where they also stayed for a week to collaborate in numerous tasks. Then they returned to Carmo da Cachoeira, in a three-day trip, by land, covering more than 3,000 kilometers. 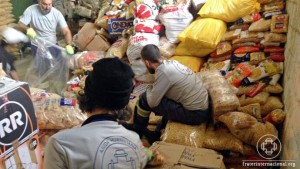 ‘To us it was a good experience of how to act after a natural disaster. We arrived three weeks later, when many volunteers were already leaving to return to their activities, and the town dwellers were already lacking support to organize the donations that kept arriving’, commented Ricardo Baumgartner, the coordinator of the Uruguay Mission. ‘The population of Uruguay mobilized itself a lot in terms of donations, but this needs to be very well organized not to perish, to deliver to the people who need them in the right moment, to classify them and store them correctly, in a word, there is a whole work of support that is necessary’, he added. 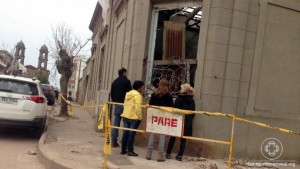 ‘Another thing that we perceived is that people are still not aware of the moment that the planet is passing, they linger too much in the lamentation of the material loss and do not manage to understand what happens in a broader way’, continued the Missionary.

The group renders services in Dolores during 13 days. They helped organize the deposit of donations, an ex-factory adapted for that. They also worked in the classification, ordering and storage of clothes (masculine, feminine, children, blankets, sheets, etc.), of the food (rice, beans, flour, corn flour, canned food, mineral water, among others) and of the cleaning material. 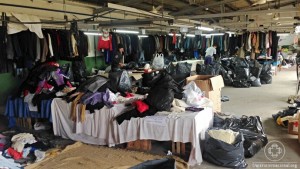 One afternoon they also helped a group of the Catholic Church in the preparation and distribution of a dinner, a popular soup, to people made homeless by the tornado, an opportunity in which they made direct contact with several people affected. On the last day, they helped a group of construction workers to finish the building of a house for a homeless family.