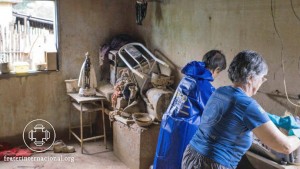 After a week of intense experiences, the field tasks ended of the Zona da Mata Mission, organized by Fraternidade – International Humanitarian Federation, to help the victims of the severe floods that affected about ten cities in Southeast of the state of Minas Gerais, Brazil. The assistance of the group concentrated on a little village of about 1,200 inhabitants: the district of Vista Alegre, of the city of Rio Casca.

A health team composed of a naturopathic practitioner, a doctor, a dentist and a psychologist, with the support of local paramedics, gave attendance during one week in a health center. The results obtained, and, above all, the loving treatment that was offered all the time, attracted not only the victims from Vista Alegre, but also the ones from the neighboring communities.

The work of the missionaries also led the local public authorities to invite the group to participate in a meeting of planning for post-disaster initiatives and to give a lecture addressed to the officers of public health, as well as to request future cooperation in terms of training.

“Besides what we were able to accomplish humanly, we feel that with the help from Above, we achieved something more important: to transmit to the people the strong impression that Love exists and that it is possible to live it”, said Vitorio, the coordinator of the mission. 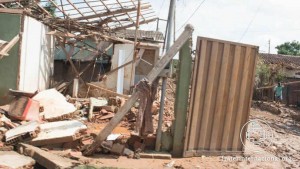 “It was God Who brought you here”, said Helena, one of the victims assisted by the missionaries. “I have spent a lot of money with medication, but only after the treatment I received from you did the pains end, the ones I was feeling in my neck in my arms and in my knees. I became very much distressed after the flood took all my house and I had to move twice to be free from the waters”, the woman reported.

Aura, an old resident of Vista Alegre, said that was the fifth flood she had to pass through, but that “the others were not nearly as dangerous as this one and that never before had she received a kind of assistance as the one she received this time”. 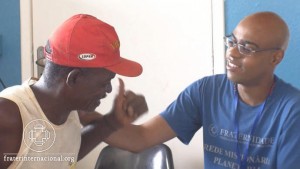 “We had very intense demonstrations of care and several testimonies implying that what they had received was something unknown to them, it was something really much beyond what we could give”, said Denise Gomes, one of the ten members of the missionary group.

“The health personnel became very impressed because they did not know this form of attendance, with thorough surrender to one’s fellow being, welcoming even the last person of the queue, regardless of the conditions and of the appearance with which they arrived”, added Vitorio.

The naturopathic practitioner said that this time the waters swept everything to “destroy the old and cut the ties that bound these people to a way of life that is not worthy of souls. They live in an environment of great misery, a real hell”. 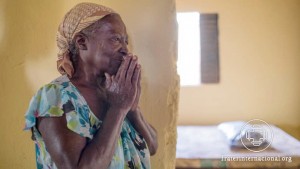 Besides treating the physical, emotional and psychological sequels of those affected by the floods, the group of Fraternidade assumed another symbolic action: the rebuilding of a house that represented all the houses devastated by the climatic phenomenon. “When receiving medical attendance, Dona Izabel, a widow of 78, reported the harsh experience she underwent. As she told the details, she shed tears. The house she lost represented everything for that humble woman”, said Wanderley Freitas, a missionary of Fraternidade. 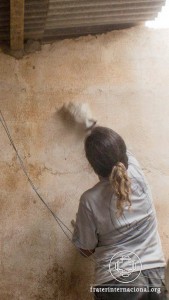 “We perceived in our heart that here was the person we needed to help, that she was here sent by the Virgin Mary. I became deeply impressed when I arrived at the tiny house and discovered that the only thing that remained intact was an image of Our Lady Aparecida, the patron of Brazil, and that Dona Izabel coordinated an active group of prayer in her district. She taught us a lot about humility and gratitude”, remembered the voluntary.

The rebuilding of the house of Dona Izabel took five days and included the cleaning of the internal and external areas, the harmonization of some furniture and utensils that were not dragged by  the waters, the renovation of the entrance and of the roof of the house, as well as the painting of the walls.

Lastly, Vitorio highlighted that the rebuilding of the village will have to be done in new bases and that the group of Fraternidade sought to radiate, as a collaboration, codes of a new life, more loving, more fraternal, more compassionate, where things are done in an organized and ordered way, aligned with the Spirit.