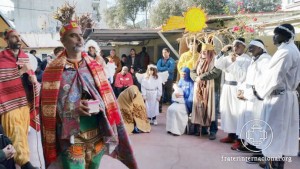 The Missionaries of the Greece Mission, permanent base of the Fraternidade – International Humanitarian Federation – in the Helenic country, accompanied the activities of the Missionaries of Charity of Mother Teresa of Calcutta at Christmas. On the 24th they transferred, together with the religious sisters, to the city of Corinth, 80 km to the west of the Greek capital Athens. There, they visited an Albanian community whose formation is in progress and supported the distribution of donations. On the 25th, they helped serve lunch to 250 people of low income in the house of services of the Catholic Consecrated sisters, in Athens. 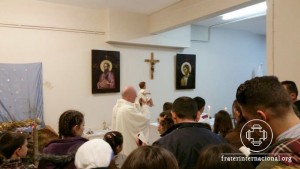 Mass in the Albanian community of Corinth

In Corinth, the missionaries of the Fraternidade shared the Christmas celebrations of the Albanian immigrants, watching, in the afternoon, a living nativity play that was interpreted by children of the community and later they attended Mass, which was conducted in Albanian. Then they helped distribute the donations brought by the Sisters of Charity. 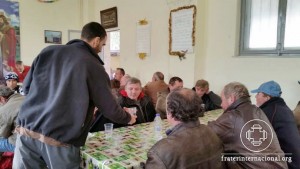 Serving lunch in need of Athens

On the following day in the morning, they transferred to the house of services of the Missionaries of Charity, in Athens. There, they participated again in a living nativity play and attended Christmas Mass, which congregated those assisted by the religious organization. This time, two missionaries integrated the drama cast representing Melchior and Gaspar, two Magi. After the religious celebration, they helped serve lunch to 250 people of low income, among Greek and refugees that come from African and Asian countries such as Iraq, Afghanistan, Pakistan and Azerbaijan.

Second group
The four missionaries of the Fraternidade that currently fulfill tasks in Greece comprise the second group that arrived in this country last December 13, to replace the founding group of the missionary base, which stayed in Europe for three months. 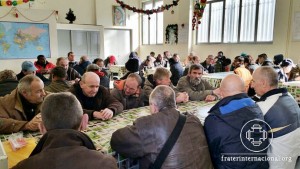 House of the Missionaries of Charity in Athens

The Missionary base of the Fraternidade in Greece is located in the city of Palaia Fokaia, 40 km to the Southeast of Athens. From there, the missionaries go to the Greek capital four days a week. On Mondays and Wednesdays they collaborate with Caritas Hellas, in one of the houses of this Catholic organization of social assistance, whereas on Tuesdays and Fridays they collaborate with the Missionaries of Charity, in the house that the congregation has in Athens. On Thursdays, they dedicate the day to harmonizing the European headquarters of the Fraternidade. Another activity in Greece is the support to an orthodox church of the city of Anavissos, for the preparation and distribution of food to the needy.

Learn here about the details of the Campaign for Greece Mission of Peace, accompany the reports and collaborate with this offering of humanitarian help. 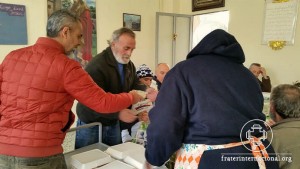 House of the Missionaries of Charity 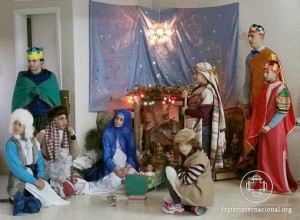 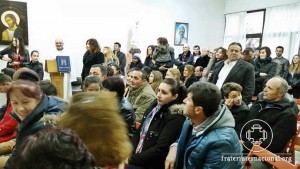