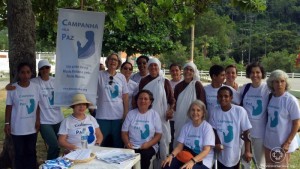 Last Saturday, the 27th of February, on the boardwalk of Sao Francisco, in the city of Niteroi, State of Rio de Janeiro, Brazil, the March for Peace was held with 85 people participating.

The Saturday was sunny and hot around 10 a.m., at the beginning of the March, on the boardwalk of Sao Francisco, where it is possible to see the statue of Christ, the Redeemer, the Gavea Stone and the Sugar Loaf, in Rio de Janeiro.

Wearing t-shirts of the Campaign for Peace and holding white balloons, members of the Network-of-Light of Rio from several cities were present, including most children and brothers and sisters of the Community of the Nova Terra, who came from Teresopolis especially for the event. 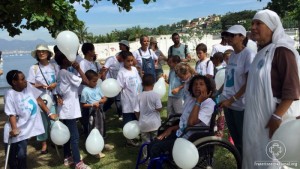 During the route, the group sang canticles, offered prayers and distributed flyers with information about the Campaign for Peace and the Prayer for the Children. White balloons and arm ribbons written ‘Peace in the World’ were also distributed.

The march lasted for about an hour and drew the attention of many people. Some asked for information, others greeted, made the sign of the Cross or simply reciprocated in a positive manner.

‘They were moments filled with fraternity, faith, love, and enthusiasm of  the children of Mary!’, said Pama, the coordinator of the Community of the Nova Terra. 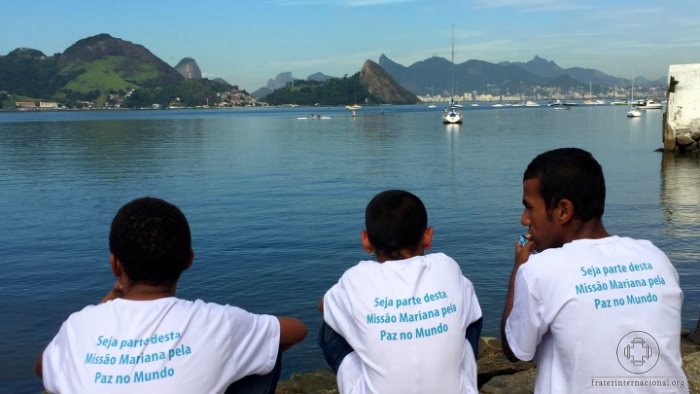