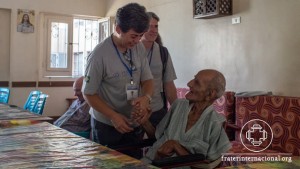 Egypt Mission completed its ninth and last day of humanitarian help in Cairo, Egypt. In the morning of this Saturday, the missionaries of Fraternidade – International Humanitarian Federation (FFHI) aided the home for the elderly located in the neighborhood of As Subra, where they participated in a Mass and said good-bye to the internees. 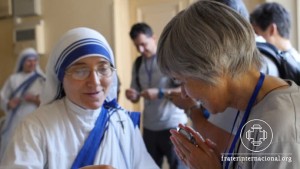 A gift from the Sisters of Charity

During the religious celebration, the priest thanked the missionary group for the help offered during their permanence. Afterwards, the Sisters of Charity in charge of the place also conveyed their gratitude: they offered a chant and gave each member of the Humanitarian Mission a medal of Mother Teresa of Calcutta (founder of the Order of the Missionaries of Charity) and a keychain with a miniature Bible.

The group ran both wings of the house and said farewell to all men and ladies who lived there, as well as to the collaborators of the home. 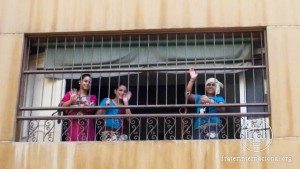 Collaborators say good-bye in As Subra

“We managed to perceive that the bond of love created during the mission between us and everyone we met in the home was very intense. The union forged among all transcended languages, cultures and beliefs. We also perceived that the bonds of fraternity, prayer and service with the Sisters of Charity strengthen at each Humanitarian Mission in which we share experiences”, synthesized the Missionary Rosi Freitas. 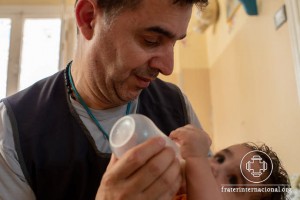 Service in the nursery during the week

Egypt Mission was carried out by seven Missionaries: five Brazilians and two Portuguese volunteers of the Network-of-Light of Europe. It was developed in two houses of service of the Sisters of Charity: one of them in the neighborhood of As Subra, which shelters elderly people of both sexes rescued from the streets of Cairo; the other offers assistance of nursery to the children of low-income parents, who spend the day recycling trash to sell it to recycling industries of the region. This place is located in Mokattam, a marginalized neighborhood of the Egyptian capital inhabited especially by Christians.

Egypt Mission was part of the Campaign for Peace, and was carried out in support for the Pilgrimage of Peace, currently in progress in European countries. In this context, it had the purpose of radiating peace to the whole region of the Middle-East and the African continent. 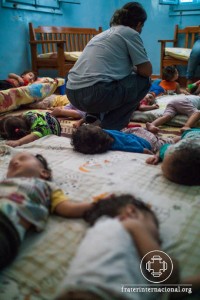 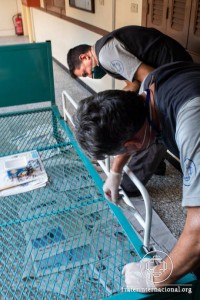 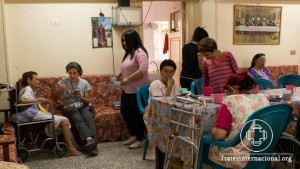 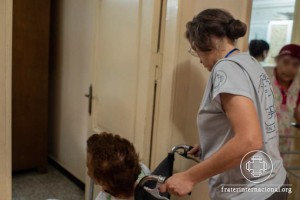