“The common consciousness of the terrestrial man of surface is circumscribed to the effect of the mechanical responses of his thoughts, feelings and habits, which, in an atavistic circle, keep it imprisoned to matter. Only the action of inner energy can make it uplift and release from this dark region, which feeds the most primitive behaviors. The true situation of these dense levels cannot be perceived by the man who remains focused in them. In order to recognize it, he must rise to higher levels and, thus polarized, ‘to be in the world without being of the world’” (Jose Trigueirinho Netto, The Golden Keys, 10th edition, Editora Pensamento, p. 21). Irdin Editora has made available other two materials of spiritual instruction: the DVD “Supra Terrestrial and the Subtle World” and the pen drive “Anthology of Healing: Healing, health and origin of certain diseases”. The aforementioned materials were launched in the General Meetings of Collaborators, of the Marian Center of Aurora, which took place in its headquarters, in Paysandú, Uruguay, between August 9 and 12, 2018.

Trigueirinho extracted, with wisdom, topics from the four volumes of the book “Supermundane” contained in the Agni Yoga series, of the Master Morya. We have in this work many indications of how to prepare for contact with the subtle world.

How should we approach the subtle worlds? How can we establish cooperation between the worlds? What is supraterrestrial and what is extra-terrestrial? 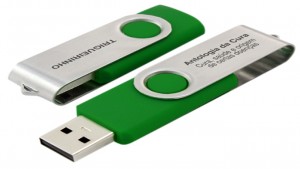 All the instruction present here, edited by the author himself, is presented in two great groups: a) the group of the anthology in itself, which comprises carefully selected excerpts (in its majority, of questions and answers); and b) the group of complete sharings, with development and deepening of the topic of healing.

In the anthology, Trigueirinho selected some excerpts, called Special Highlights, because they are of great scope and deepening of the subject. The philosopher tells us that the subject of healing is as old as the Earth, for diseases have existed since the planet was created.

He states that the diseases are a planetary fact, and not only a characteristic of the human beings or of the beings of other Kingdoms of Nature, such as the Mineral, the Plant and the Animal Kingdoms. Thus, even if men consciously ceased to create reasons to be sick, even if they managed to change so many unfavorable conditions caused by bad life habits and even if the other beings always had adequate environments for a healthy life, they would still be subject to diseases. This is because diseases are inherent to the physical and psychic atmosphere of the Earth, for the time being, in the current cycle of the planet.