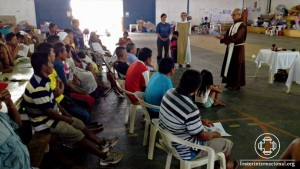 Friday began in the shelter with an Eucharistic celebration held by a Capuchin friar.

A team of the Secretary of Infrastructure of the State of Roraima (Seinf), conducted internal measurements for the renovation in the gymnasium of the CRI – Center of Reference for the Immigrant.

Donations of food, clothes, toys and drawing and painting materials were received.

Clothes and food were also donated to the Houses of the Social Pastorals. 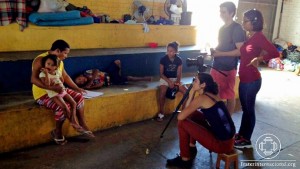 University in the shelter
On Saturday, 15, in the morning, members of the “Projeto Acolher” (Welcome Project) of the Federal University of Roraima (UFRR) conducted activities with the children in the shelter.

A teacher and four students of the course of Journalism of the University went to the CRI and proposed a work related to xenophobia, which will include the production of a little book with photos and videos of experiences, which will be available on the internet. 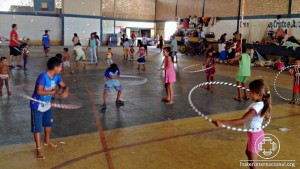 A teacher of Physical Education of the Federal Institute of Roraima (IFRR) conducted physical activities (games, volleyball and soccer) with the children and youths.

Arrival of two new missionaries of the Fraternidade and two members of the Network-of-Light.

One ton of milk powder was received from Rede Cidadania (Citizenship Network), obtained from a seizure of the Federal Tax Service and also donations of vegetables, clothes and personal hygiene items.

Selection of clothes was done as well as the harmonization of the place where the donations are stored in the House of Saint Joseph.

At night, a rehearsal of the choir of the Nucleus-of-Light of Figueira in Roraima. 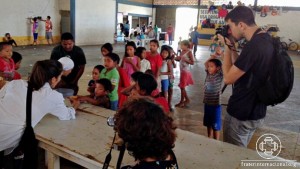 Press
An Italian reporter from the North-American magazine The New Yorker began a five-day work of footage and reports.

Representatives of the English channel of the Chinese TV CGTN made reports.

Team of the Roraima TV interviewed a member of the Fraternidade.

⟢
On Sunday, 16, the Masonry group offered lunch in the CRI and the missionaries did the harmonization of the House of Saint Joseph and a meeting with the new missionaries and collaborator of the Network-of-Light, with general information about the work and adjustment in the tasks. 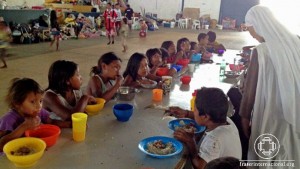 On Monday morning, 17, there was a moment of prayer with the whole group in the shelter.

Referral to hospital of three Venezuelans to undergo tuberculosis test. Two Indigenous babies with special needs went with their  parents to the Center of Treatment for People with Special Needs, to begin a medical follow-up.

One ton of rice was received from the Ministry of Social and Agricultural Development (MDSA).

A team of the Secretariat of Repairs of the municipality of Boa Vista conducted an inspection for the future lighting of the external area of the CRI. 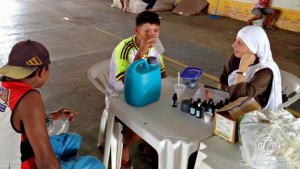 ⟢
On Tuesday, 18, a Venezuelan immigrant arrived in the CRI who had an accident (he fell from 20 feet high during a work of sawmill.

Therapeutic attendance was conducted by a member of the Network-of-Light of Belo Horizonte, Brazil.

Tasks of cleaning and organization of the House of Saint Joseph.

Missionaries conducted recreational activities for the children in the shelter.

A meeting of the mission was conducted in the House of Saint Joseph.

A volunteer graduated in fashion intends to guide the work of sewing of the Indigenous women in the CRI. 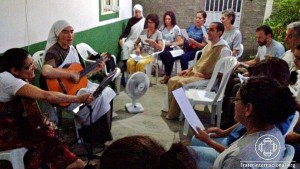 Meeting in the Nucleus-of-Light of Roraima 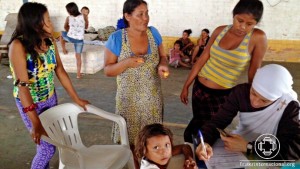 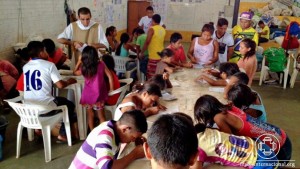