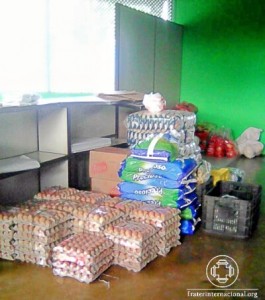 Food for the shelter

On Monday, 18, the House of Passage, shelter destined to the Venezuelan Indigenous immigrants in the city of Pacaraima, received the foods that came from Boa Vista to supply the place during the week.

Updating in the census showed that about 300 people are lodged in the shelter.

On Thursday, 21, the missionaries of the Fraternidade – International Humanitarian Federation, organized small groups composed by immigrants to participate in the activities of the House of Passage. Groups were created for cleaning (toilets, internal and external area), organization of the donations of clothes (selection and distribution), assembly of wooden structure to receive the bins of organic trash. 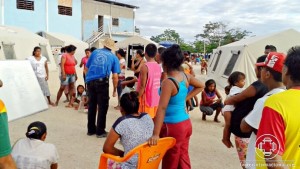 Organization of the working teams

The Associação de Horticultores Orgânicos de Pacaraima (Association of Organic Cultivators of Pacaraima) has been making the removal of the organic residues of the House of Passage.

On Friday, 22, the City Hall of Pacaraima donated partitions that will be used in the building of the school in the House of Passage. “We will finish building the space of the school in the shelter so that the team of the Setrabes, also composed of teachers, can begin the classes”, said Imer, a missionary of the Fraternidade. 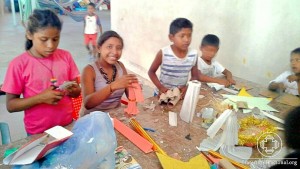 Distribution of foods for the immigrants of the shelter.

The expansion construction of the shelter continued, with the building of toilets, laundry and sewage treatment system.

On the week-end, the decoration of Christmas was prepared in the House of Passage, with the participation of adults and children. 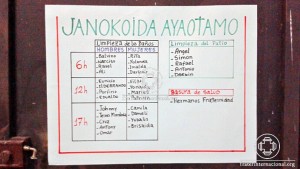 Table with the working teams 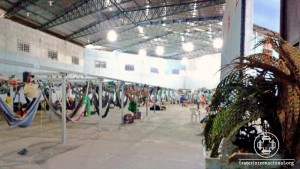 Hammocks in the internal area of the shelter 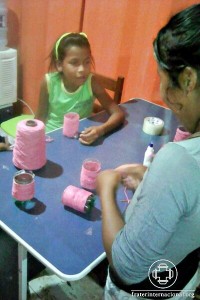 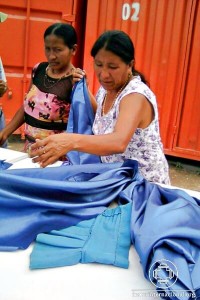 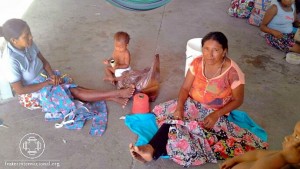 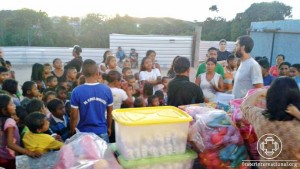 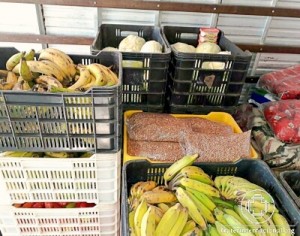 Food for the shelter 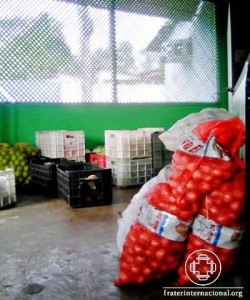