Humanitarian Roraima Mission – a new school in the shelter

School in the CRI 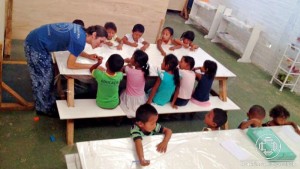 New school in the CRI

During this period, activities were conducted for the creation of the new space of the school in the CRI – Center of Reference for the Immigrant, in the city of Boa Vista.

On Thursday, 10, a work was done of cleansing and painting of the place, by a group of people of the Project “Casa de Los Niños” (Spanish for “House of the Children”), which intends to maintain classes during the week in the mornings and afternoons. The group has obtained donations of desks and chairs, and separated the space of the school from the rest of the shelter.

On Monday, 14, the activities of the school began, now with desks, closets and partitions. 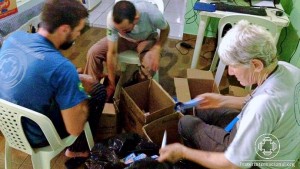 Missionaries of the Fraternidade – International Humanitarian Federation – assembled several kits of personal hygiene and clothes in the House of Saint Joseph, and distributed them to the refugees, men and women, who are in the CRI. 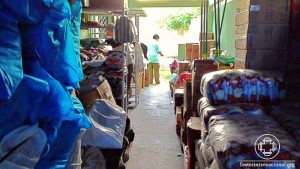 Full deposit in the House of Saint Joseph

An industrial stove was received as donation on the 10th, made by a member of the Social Pastoral of Brasilia.

34 packages of rice were received in the Fire Brigade, on the 12th. Eight packages were left in the shelter, and the rest was taken to the storage in the House of Saint Joseph as a reserve.

A great donation of clothes was received on Sunday, 13.

Members of the Church of Jesus Christ of the Latter-Day Saints (Mormon Church) collaborated with several donations, including food items for the meals in the CRI.

The artisanship activities with the Indigenous people continued, with the making of beads and collars.

On Thursday, 10, the raising of donations of cassava and pumpking was made at the supermarkets of Boa Vista. 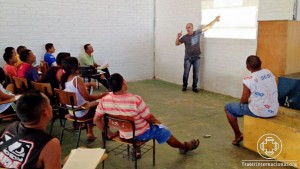 On Friday, 11, the cleansing of the deposit of food in the CRI was done.

A Franciscan Friar celebrated Mass in the CRI.

A meeting of a missionary of the Fraternidade with representatives of the United Nations High Commissioner for Refugees (UNHCR) in the shelter.

On Saturday, 12, a group conducted activities for the children.

Missionaries watched the transmission via internet of the Vigil of Prayer, in the Nucleus-of-Light of Figueira in Roraima.

Sunday, 13, was reserved for the missionaries to conduct the task of selecting the donations of clothes in the House of Saint Joseph and of following the transmission in the Nucleus-of-Light of Figueira in Roraima of an event that took place in the Community-of-Light of Figueira, in Minas Gerais, Brazil. 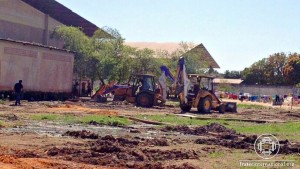 On Monday, 14, the task continued of selection of clothes in the House of Saint Joseph, due to the great donation received the day before.

Earthwork in the external area of the shelter. Several trucks with Earth arrived to raise the level of the ground. One tractor got bogged down.

Accompaniment of three seropositive patients for examinations at hospital in Boa Vista.

On Tuesday, 15, donations were taken to the Association of Venezuelans in Brazil. 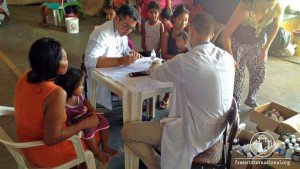 On Wednesday, 16, health attendances were conducted by the Special Secretary of Indigenous Health (Sesai)

In the afternoon, the missionaries watched the transmission of a lecture in the Nucleus-of-Light of Figueira in Roraima and then participated in the choir. 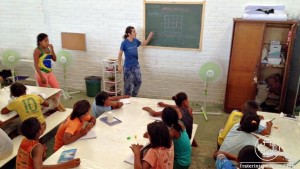 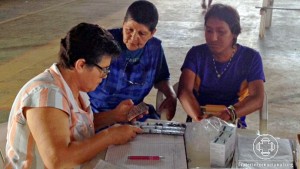 Health attendance of the Network-of-Light 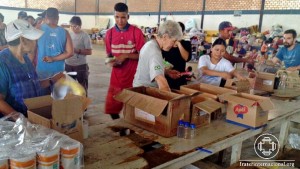 Distribution of the hygiene kits 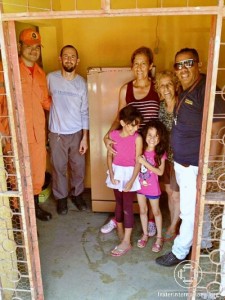