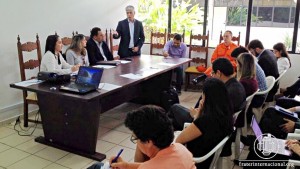 On Thursday, 1, the missionaries of the Fraternidade – International Humanitarian Federation – participated in a meeting at Setrabes – Secretary of Work and Social Welfare of Roraima -, with the task-force formed by representatives of this secretary, of Civil Defense of Roraima, of the Ministry of Health, of the Médecins Sans Frontiers institution (Doctors without Borders), of the City Hall of Pacaraima and of the UNHCR – United Nations High Commissioner for Refugees. 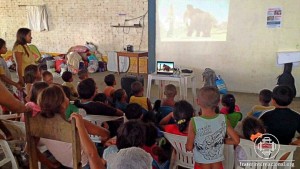 On June 2, in the morning, Venezuelan people talked in the CRI – Center of Reference for the Immigrant, in the city of Boa Vista, with representatives of the Setrabes, to be referred for job opportunities. Activities were conducted in the building of the vegetable garden of the shelter, with the help of a nun of the Grace Mercy Order and refugees. Attendance and accompaniments of health were done.

Saturday, 3, began with a moment of prayer in the CRI. Volunteers conducted several activities with the children of the shelter, such as the exhibit of animated cartoons and films. Donations of food were received, and a meeting was held with the women of the CRI to discuss several subjects and to make the distribution of the milk powder received as a donation.

Visit of the Minister of the Exterior Relations of Brazil 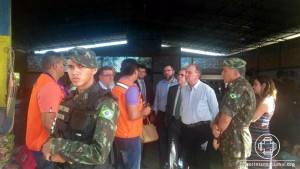 On Saturday afternoon, the Minister of the Exterior Relations of Brazil, Aloysio Nunes, made a quick visit to the CRI. The extension of the deadline for a few days for the leaving from the shelter of the Venezuelan bachelors, non-Indigenous and without children, was decided.

On Sunday, 4, the missionaries went to the CRI to check how the situation was in the place and then they went to a maternity hospital of the city of Boa Vista, to visit a Venezuelan Indigenous woman and her newborn child. In the afternoon, the missionaries participated in the choir of the Nucleus-of-Light of Figueira in Roraima, with the presence of members of the monastery and of collaborators.

Reporter teams of TV, newspaper and internet were in the CRI on Monday, 5, to make reports.

Donations of the Federal Road Police 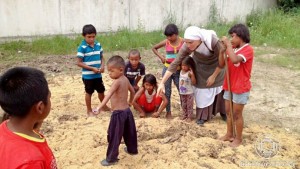 On Tuesday, 6, donations of food (milk powder and coffee) were received from the workers of the Federal Road Police and a team of TV made reports in the shelter.

Arrival of another four non-Indigenous Venezuelans, who will stay in the shelter for 15 days, where they will receive initial support to make documents and find jobs.

Children began to collaborate in the creation of the vegetable garden, and a meeting with Indigenous women was held to talk about health issues, about the children, about the need of use of hygiene material and about their collaboration in the cleaning teams of the toilets and of the kitchen of the shelter.

Visit of representatives of the American Embassy 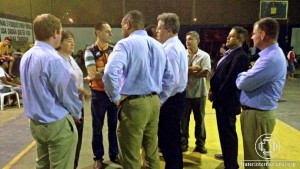 During the week, representatives of the American Embassy were in the House of Saint Joseph, where they were informed about the work conducted by the Fraternidade for the Venezuelan refugees. These representatives also participated in a meeting, with the Fraternidade, in the Civil Defense of Roraima, where they were informed about the actions done since the beginning of the arrival of the first refugees to the state. Then, the team of the embassy visited the CRI and talked with the refugees. On the following day, the group visited the Nucleus-of-Light of Figueira in Roraima and the Association of Venezuelans in Brazil. 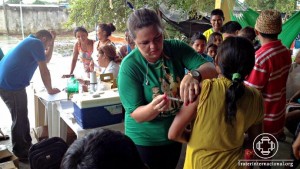 On Thursday, 8, a team of the Special Indigenous Secretary of Health (Sesai) was in the shelter and made vaccination and application of medicines in some simpler cases. 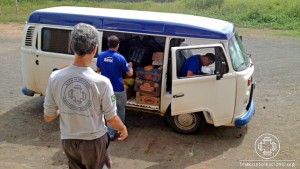 Two representatives of the Assembly of God Church (a pastor and one  missionary) visited the CRI and welcomed a family with two children, a Venezuelan woman who was alone in the shelter and an immigrant with health problems. Some refugees were referred to the welcoming place of the “Bom Samaritano” (Good Samarian) Project of the Church and others to the house of the missionary.

More donations
During the week, donations of clothes and food were received from Funai – National Indigenous Foundation, and donations of fruits and greens from the Mesa Brasil (Brazil Table) Program of the Sesc (Social Service of Commerce). 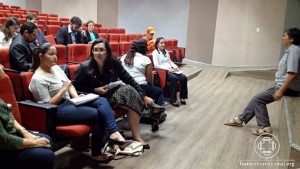 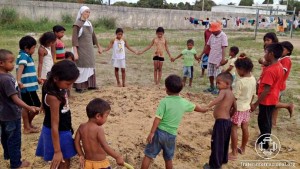