Meeting at the Federal Public Ministry 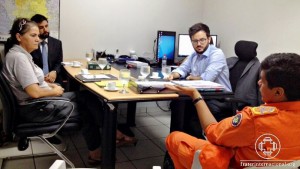 Meeting at the Federal Public Ministry

On Friday, 7, in the morning, a meeting was held with the Attorney-General of the Federal Public Ministry of Roraima, Civil Defense, the Fraternidade – International Humanitarian Federation – and a representative of UNHCR (United Nations High Commissioner for Refugees). It determined the need for permanent security in the shelter, which will probably be made by the State Military Police.

A Missionary of the Fraternidade gave evidence at the Public Ministry about security in the CRI – Center of Reference for the Immigrant.

About noon, a group of Military Police persons arrived at the shelter and informed they will make permanent duty in the place. 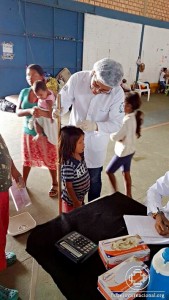 Health
Referral of three Indigenous immigrants diagnosed with HIV for a treatment at a hospital in the city of Boa Vista.

A team of the Nursery course of the Federal University of Roraima (UFRR) registered families and conducted a health action in the shelter. The group intends to go there every week and accompany the health cases.

Donations
Raising of food and donations of clothes and footwear.

The missionaries continued in the House of Saint Joseph (HSJ) with the task of selection and organization of kits of donation of clothes for the families.

Visit of the Minister of Justice 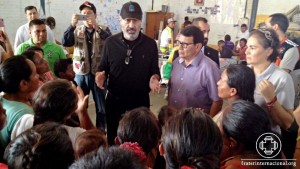 In the afternoon, the Minister of Justice of Brazil and the President of Funai (National Foundation of the Indigenous People) visited the CRI, to learn about the place and check its needs.

On Saturday, 8, a Physical Education teacher of the Federal Institute of Roraima (IFRR) and his team conducted sport and playful activities with children and teenagers of the shelter and offered a snack.

Project Welcome (Acolher) of the UFRR (Federal University of Roraima) gathered adult Indigenous people to make the script of a film about medicinal herbs.

Thirteen Venezuelan who work with juggling conducted activities with the children. 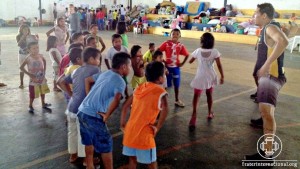 Distribution of clothes, footwear and toys to the children. Each Warao Chief received the donations in the amount that corresponds to each family and then was accompanied at the moment of distribution by three members of the Fraternidade – International Humanitarian Federation.

Donations were received of manioc, pumpkin, pimento, banana and papaya, from a rural community, done through the intermediation of a teacher from the UFRR.

Organization of personal hygiene kits in the House of Saint Joseph.

⟢
On Monday, 10, there was distribution of clothes and toys and the donation of food was made by a volunteer of the Evangelical Church Deus é Fiel (God is Faithful).

National and International Institutions gather in the shelter

There was the visit of representatives of national and international organisms in the shelter, such as the UNHCR (United Nations High Commissioner for Refugees), the International Organization for Migrations (IOM), the Unicef (United Nations Children’s Fund) and the Ministry of Social Development of Brazil (MSD).

They learned about the situation in the shelter and talked with a missionary of the Fraternidade. “They want to contribute for the Roraima State Government to take a step on these bureaucratic matters so that there can take place the arrival of the resources which they already have, to help the immigrants”, explained Cláudia, of the Fraternidade.

The UNHCR has already contributed for the shelter with the purchase of two water dispensers, hygiene and cleaning material for six months, 600 mattresses, 550 hammocks and mosquito nets.

International Relations of the UFRR (Federal University of Roraima) 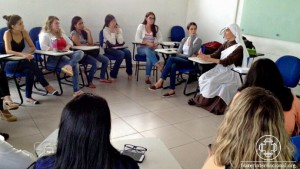 Meeting at the UFRR with the teacher of the course of International Relations. Present were a missionary of the Fraternidade and a monastic of the Grace Mercy Order.

The objective was to check how the group of the course could collaborate in the shelter. Activities were suggested, such as recreational activities with the children, contact with the youth, artisanship with the women and Portuguese classes. Some students of the course thanked the work of the Fraternidade for the Venezuelan immigrants in the state.

Donation of food (sweet potato, banana, manioc) was received from the Brazilian Company of Agricultural Research (Embrapa), which had been harvested near the city of Boa Vista by members of a rural community.

Participation in a Seminar 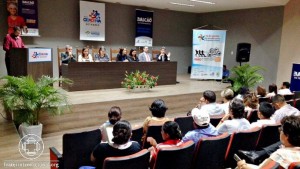 In the afternoon, the Fraternidade participated in the Seminar “Guarantee of the Human and Socio-assistential Rights in the Context of the Migrations and of Refuge in the State of Roraima”, which took place in the headquarters of the Secretary of Work and Social Welfare (Setrabes).

In the opening, emphasis was given to the need of support for the children of the shelter.

The second table was composed by the National Secretary of the Rights of the Children and of the Adolescents, the Ministry of Social Development and the Fraternidade. The themes were about migrations in Boa Vista and in the shelter.
⟢ 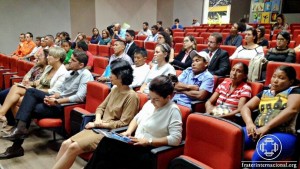 On Tuesday, 11, on the second day of the seminar at the Setrabes, the themes touched upon were: Analyisis of the Situation of Immigration of the Venezuelan, Origins and Unfoldments, Monitoring and Evaluation of the Children and Adolescents in Risk Situation and Social Vulnerability, Rights and International Protection for the Immigrants, Gender Violence and Rights of the Minorities and Reproductive Health, International Parameters for the Management of Shelters, Service of Protection in Situation of Calamities and Emergencies.

At the end of the seminar, the Annex Secretary of the Setrabes presented a plan of action in the shelter, based on a civil enquiry established by the Federal Public Ministry.

Informal Meeting
After the seminar, the Fraternidade was invited to participate in an informal meeting with the representatives of the international and national institutions, to evaluate how an agreement with the Fraternidade to increase the team in Boa Vista.

Referral of three Indigenous people to hospital for the accompaniment of health and treatment of chronic disease.

Donations of clothes and food were received from the Pentecostal Ministry of the Glory of God.

Referred to the Association of Venezuelans in Brazil (Avebras), 12 tons of food (eight tons of rice, three tons of manioc flour and one ton of milk powder).

The tasks of the monastery continue with the incentive to sewing for women and the education of the youth. 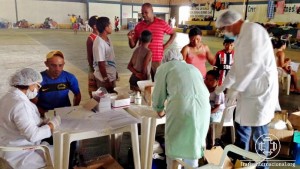 ⟢
On Wednesday, 12, the group of missionaries conducted internal activities in the House of Saint Joseph, due to the lack of transportation to the shelter.

Four Warao women were invited to leave the shelter due to issues of conflicts among family members. 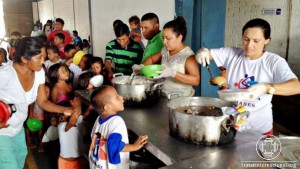 On Thursday, 13, the CRI received two volunteers of Our Lady of the Migrant and two couples of an Evangelical Church, who conducted activities for children and adults. Both volunteers also helped the fixing of food.

Students of the Nursery course of the UFRR rendered assistance services in the shelter.

Donations of clothes and food were received.

Mormons
The Church of the Latter-Day Saints (aka as The Mormon Church) will supply the needs that still cannot be conducted by the government, such as feeding and renovations in the shelter.

Accompanied by a member of the Secretary of Work and Social Welfare (Setrabes), the Mormons checked the place where the earthwork will be made. Also the Attorney-General of the City was present, to study the possibility of beginning of the work already next Monday.

On this day, the Mormons donated a computer, a notebook and a printer, and also informed that they will offer breakfast in the CRI beginning on July 27, when the commitment of the Municipality to provide this meal ends.

Immigrants in Pacaraima
In the afternoon, a meeting was held in the Civil Defense of Roraima, with members of the Fraternidade and the UNHCR for definitions of the place and kind of sheltering that the Venezuelan Indigenous immigrants will have in the city of Pacaraima. It was agreed that, after budgetary survey, a tent may be temporarily rent with space for the installation of hammocks, and for the immigrants who are sleeping at the bus station mattresses would be provided. The possibility was discussed of members of the Fraternidade assuming the management with the Civil Defense. 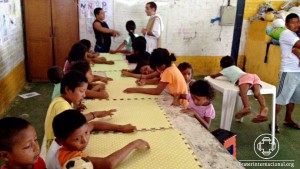 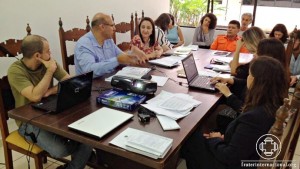 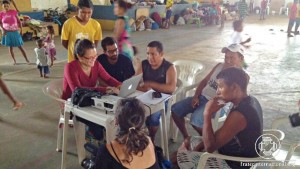 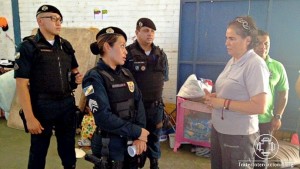 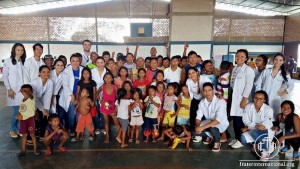 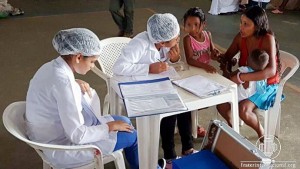