Announcements from March 8 thru 14 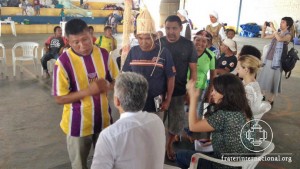 In the state of Roraima, North of Brazil, a delegation of officers of the Federal Government developed a three-day program, from Wednesday, 8, thru Friday, 10, to obtain information about the situation of the Venezuelan refugees, both Indigenous and non-Indigenous.

This delegation had meetings with different public instances and talked with the refugees that are in the Center of Reference to the Immigrant (CRI), as well as with the missionaries of the Fraternidade – International Humanitarian Federation. It also went to Pacaraima, on the border with Venezuela.

The group of approximately 40 people was composed of representatives of the Civil House of the Presidency, the Public Ministry, FUNAI (National Indigenous Foundation), UNHCR (United Nations High Commissioner for Refugees), among others. They interviewed the governess, the cabinet of the Secretary of Civil Defense and officers of the Municipality. 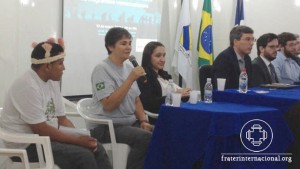 Presentation of the Humanitarian Roraima Mission

The presence of the mission that arrived from Brasilia culminated on Friday, with the public audience that, at the request of the Public Ministry of Brazil, took place in the auditorium of the Federal University of Roraima. Organized into four special tables, the first one heard the testimonies of the refugees, who expressed the problems of adaptation and of xenophobia they have to face. The second table analyzed the structure of shelter for the Venezuelan immigrants and the situation of their rights to social assistance and job market insertion. In this table the Fraternidade participated, and presented the work it conducts for the refugees in the CRI. 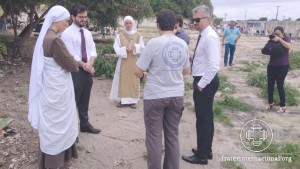 Officers of Brasilia in the CRI

The third table dealt with the specific rights of the Indigenous peoples. It heard testimonies of numerous Warao Indigenous people. FUNAI announced it will begin the documentation of the Indigenous people in the CRI, which will give them access to free health and education services. The Ministry of Social and Agricultural Development made the commitment of beginning the procedures to liberate help of provisions for the Warao.

The fourth table, about “Equality in the access to health and education, Venezuelan women’s and children’s rights”, heard the difficulties in communication that the Venezuelans face in the health units.

“We perceive that the  public institutions in the cause of the refugees from Venezuela gradually grows, and that a new step can be reached in the help offered to them”, commented later the missionary Clara. 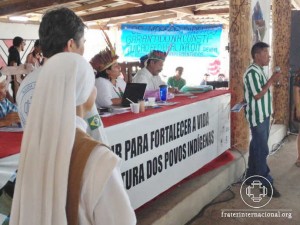 On Saturday, 11, Warao representatives and those of the Fraternidade participated in the 46th Annual Assembly of the Indigenous Peoples of Roraima, which takes place in an Indigenous reservation called “Raposa Serra do Sol” (Fox Ridge of the Sun). About 2,000 Indigenous people from all ethnic groups of the state participated. The assembly accepted the participation of the Warao in the whole event, which extended until Monday, 13.

On this day, an officer of FUNAI begins in the CRI the enrollment of the Waraos for the making of the identity document called RANI (Administrative Register of Indigenous Birth).

A representative of a Seventh-Day Adventist Church came to the CRI to inform that a delegation of this organization will be there next Saturday to render services. 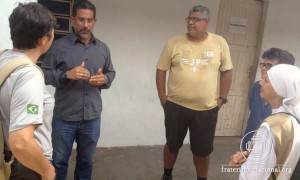 On Tuesday, 14, a representative of the UNHCR interviewed the refugees in the CRI. The documentation of the Indigenous people by FUNAI continues. Two health cases of Indigenous people are referred to a polyclinic.

AS an offering of the Evangelical Quadrangular Church, ten Venezuelan refugees who were in the CRI were transferred to a shelter it administers. The missionaries of the Fraternidade accompanied them, and used this opportunity to bring donations of provisions, clothes and mattresses to this shelter. 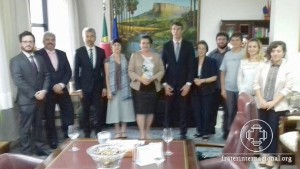 Meeting with the Roraima governor 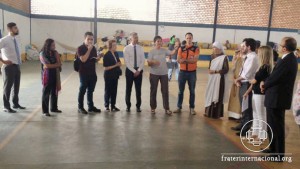 Brasilia group in the CRI 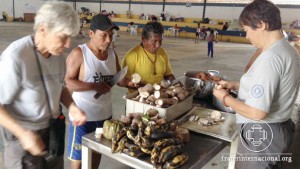 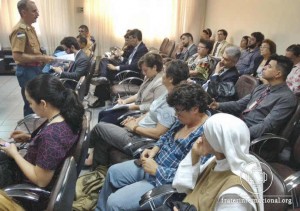 Presentation of the Civil Defense 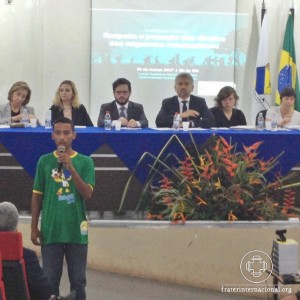 Venezuelan in the Public Audience