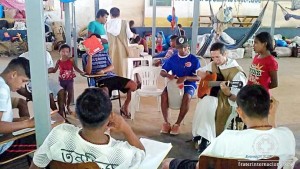 Indigenous  man suspected of being seropositive was taken to a laboratory for exams.

Guitar classes for the youths.

Sewing activities and artisanship with beads. 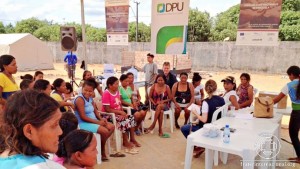 DPU in the shelter

A team of the Federal Public Defender (DPU) went to the Center of Reference for the Immigrant – CRI – to assist and check the situation of each immigrant concerning documents and health.

Preparation of fruits and greens for the meals.

A volunteer exhibited two films in the shelter.

Games with the children.

A representative of the Institute of Migrations and Human Rights (IMDH), of Brasilia, visited the shelter and got to know it. 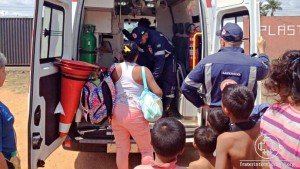 In the morning, a pregnant woman in labor was taken by the ambulance of the Federal Unified Health System (SUS) to the maternity. At the end of the day, she returned still without having had the baby.

Volunteers, collaborators of the school “Casa de los Niños” (House of the Children) organized the installations (doors and fences) and cleaned the place with the help of missionaries of the Fraternidade.

A group of the School Church took a group of children above nine years old with their parents to spend the afternoon participating in activities.

An Indigenous Venezuelan immigrant woman was received in the CRI with her newborn baby. The baby was born in a maternity in Venezuela, which detected that the mother was anemic and needed cares. As the place did not have the resources for the treatment, mother and son were sent to Brazil. A hospital in Brazil, when it discharged the mother, and saw it was alone and without resources, referred her for the shelter of immigrants of Boa Vista. The mother intends to return to Venezuela with her son to live with her mother. 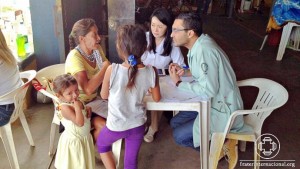 Arrival of a newborn baby, son of an Indigenous Venezuelan immigrant woman who lives in the shelter.

Clothes donated by a couple from the city of Boa Vista were received. 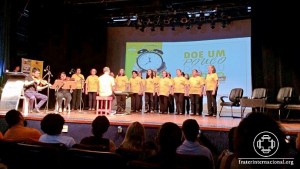 A volunteer imparted Portuguese classes in the CRI.

A pregnant woman who was feeling intense pains was referred to hospital again by the missionaries and had the baby during the night.

Still in the morning, missionaries of the Fraternidade – International Humanitarian Federation – participated in the opening of the Seminar of the Federal Public Defender. Present were representatives of international agencies, such as the United Nations High Commissioner for Refugees (the UNHCR), the International Organization for Migration (IOM) and the United Nations Office about Drugs and Crime (UNODC). 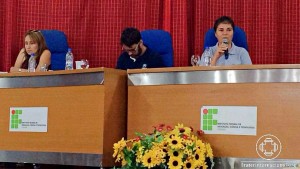 Participation in round table

Missionaries also participated in the event “Donate a little of your time, be a volunteer”, which took place in the Commerce Social Service (Sesc) of Boa Vista and had the presence of several groups and entities of humanitarian help. The missionary Clara participated in a round table about volunteering.

In the Federal Institute of Education, Science and Technology of Roraima (IFRR), the missionary Clara participated in another round table, this time with a representative of the UNHCR. The missionary presented the practical part and the experience of the Roraima Mission since November of last year. The representative of the UNHCR talked about the technical and juridical aspect of the topic of migrations, especially from or in Venezuela.

Nail-trimming of children and mothers was conducted in the shelter.

Selection of fruits, greens and preparation of foods.

Group of the “Abraça-me” (Embrace me) Project was in the CRI, conducted games with the children and offered cake.

Candies were donated to the Crescer (Grow up) Project, located across the shelter. The doctors asked for the children of the shelter not too eat sweets any longer, due to the occurrences of worms and diarrhea.

A wedding of an Indigenous couple was celebrated in the CRI. 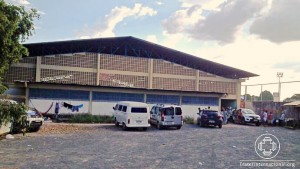 The Government of the State of Roraima removed all the Venezuelan immigrants  who were in an improvised camping site in the region of the International Bus Station of Boa Vista. About 400 immigrants were taken to the new shelter, located in the Tancredo Neves gymnasium, in the east region of the city.

The Missionaries went to the new shelter, and, together with the UNHCR, distributed food, personal hygiene products, mattresses, hammocks and mosquito nets. Also the process of registry of the immigrants was begun.

“As there was a great number of immigrants, at a certain point there was tumult and we had to stop everything to try to reorganize. But later the situation calmed down and we managed to distribute the donations until the end”, said Alexandrina, a missionary of the Fraternidade. 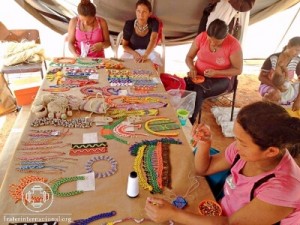 A group service of general organization in the office of the Fraternidade in Roraima was conducted.

All the products were taken from the tents, placed new shelves and then done the reorganization.

In the afternoon, games were done with the children in the CRI.

A friar of the Catholic Church and nuns of the Pastoral of the Children accompanied some Indigenous persons to the Anauá Park for them to see the exhibit of their artisanship work.

During the whole week, there were artisanship workshops with the Warao Indigenous people, who made crafts with beads, macramês and sewing items. In the external area of the shelter, the immigrants made string hammocks. The products will be sold in the artisanship fairs. 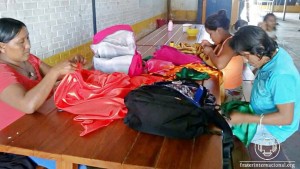 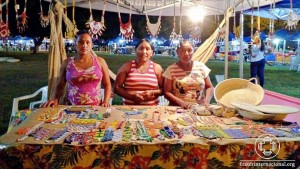 Tent in the artisanship fair