Announcements from February 27 thru March 2

Health problems of several Indigenous children were the focus of attention of the missionaries and collaborators since the beginning of this week. On Sunday, three children were taken to hospital: one of them continued its treatment against malaria, another was attended to for dysentery and conjunctivitis and the third one was hospitalized at the Hospital do Índio, with a condition of pneumonia, malnutrition and skin problems. 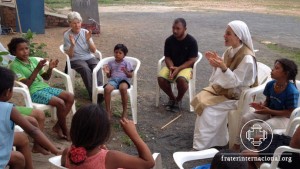 On Tuesday, a baby with fever was taken to the emergency center.

Recreational activities with the children.

On Wednesday, March 1, a TV team from Boa Vista approached the Center of Reference to the Immigrant, to make a report about the task with the refugees.

The managers of the Fraternidade Ricardo Baumgartner and Mirnuk, and missionaries who joined the Mission arrived in Boa Vista. The group gathered in the headquarters of the Nucleus-of-Light of Figueira in Roraima, with the local Network-of-Light and monastics of the Grace Mercy Order, for an update about the upcoming steps of the mission. 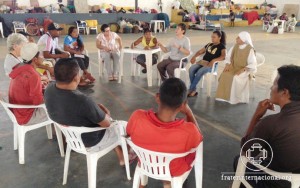 On March 2, the day began with a meeting in the CRI between the missionaries and the Indigenous and non-Indigenous refugees. The intention was to emphasize the importance of keeping the collaboration of all in the daily tasks of maintenance, kitchen, cleaning of toilets and of the external area; they also talked about the closing of the Center, expected for April 15; the support for non-Indigenous refugees, so that they may get legal permission to join the job market and the management of the steps for the integration of the Indigenous people from Venezuela with Brazilian Indigenous people, in Indigenous Lands of the region. 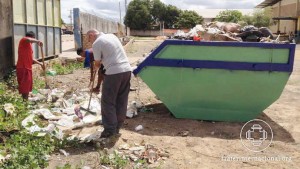 A geography teacher of the Federal University of Roraima approached the CRI to be informed about the process of help to the immigrants and to begin a campaign of awareness-raising among her students. According to her, the situation is not having good acceptance among the inhabitants of Boa Vista.

A general cleaning of the external area was done, where there was much trash accumulated. 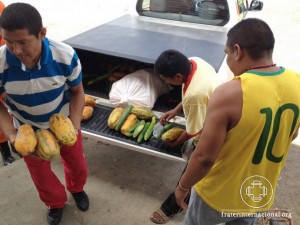 The Secretary of State Civil Defense, lieutenant colonel Doriedson Ribeiro, and the managers of the Fraternidade had a meeting about the management of the CRI and its work until April 15.

Throughout the week, the missionaries did the raising of donations of provisions at supermarkets and bakeries. They also received donations of fruits, greens and other food, offered by private citizens.