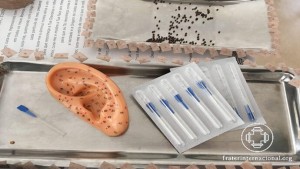 About 2,200 years before Christ, in China, humanity began to discover healing ways through the ingestion of certain foods, and, with the invention of fire, they discovered other therapeutic techniques: herbs, stones and moxibustion were part of it.

The historic precedents show that the members of some clans, also in this period, developed the first systems of acupuncture with bone needles, which they stuck in specific points to alleviate pains.

Traditional Chinese Medicine – TCM – is recognized as one of the oldest forms of medicine in the history of humanity, and, dynasty after dynasty, perfected itself up to its several specialties that we see in the world today. 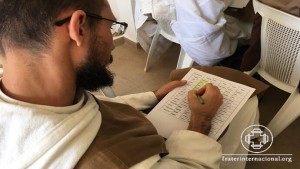 Ear therapy is part of the branches that compose Traditional Chinese Medicine and it is known that it is a technique applied in the old Eastern Civilizations, such as Egypt, India, Arabia, China and also in the West, such as in old Greece, among others. 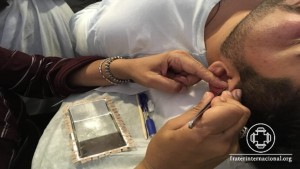 “The idea sprang from a local necessity. Here in the Healing Unit, we assist in a free way people who live in the Community itself (House of Light on the Hill and Community-of-Light of Figueira) and people who live outside of it, in Carmo da Cachoeira and in the region. From the demand of services, which has increased more and more, came the need to expand our knowledge. We thought then, “Why not invite people to come and have the experience with us?”, said Fernanda Moreira, a psychologist, who supports the coordination of the Healing Unite and is one of the responsible for the Network of Service in the region. “It is our first course certified by CEATA and then the idea is to invite other people who are willing to come as volunteers to share their knowledge”, she added. 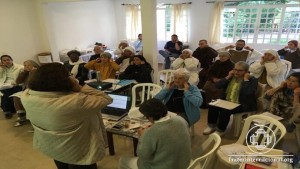 Twenty-five people of various ages attended the course, including doctors, therapists, residents in the Communities, collaborators and consecrated members of Grace Mercy Order, all working in the field of health. Many took the course to recycle and expand the knowledge they already have as background. Vacancies were limited.

On the first day, the participants received historic and theoretical knowledge of this kind of medicine. On the second day, they learned in practice to recognize the anatomy of the pinna and to work with the various points of the ear, which bring stimuli to the central nervous system, thus favoring the physical and psychic healing of the patient.

Marilia has worked with acupuncture for over twenty years, having attended so far hundreds of patients and experiencing that the world and people are not only physical, they are energy and, for this reason, the human being and the creation must be in harmony, following their own natural laws, to manifest harmony. This is one of the applied principles in Traditional Chinese Medicine. 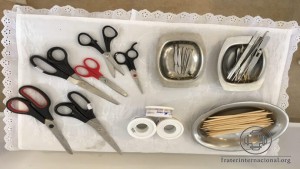 “It is my first experience as a voluntary teacher, and I feel very happy. I certainly recommend the experience of being a volunteer. We do need this. If we want a better world, why not open to this?”, testified Marilia. “I came to donate, but I think I ended up receiving more. I got to know the work of Dr. Clemente (Dr. José Maria Campos) and got to know the work of the whole volunteer group. God willing, I will come other times”, concluded the acupunctor.

For more than 10 years the House of Light on the Hill has been conducting a completely voluntary work open to the community of Carmo da Cachoeira and neighboring towns, and seeks to help, in a disinterested and altruistic manner the people and other Kingdoms of Nature that need a loving help.

This course on ear therapy was the first of a series of courses on Chinese Medicine that will be imparted, as well as other courses linked to health and healing, such as flower essences, other branches of Traditional Chinese Medicine, complementing courses on Nursery and others.

All the courses will have limited vacancies.