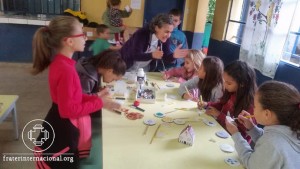 The House of Light on the Hill, affiliated to the Fraternidade – International Humanitarian Federation – has organized a playful gathering at the City School Professor Wanderleia Aparecida do Prado Nascimento, of Carmo da Cachoeira, Minas Gerais, Brazil, with the participation of one hundred children and teenagers from the neighborhood of São José, where the educational institution is located, and from other districts of the city.

Different educational and recreational seminars caught the attention of the little ones under the theme: “Sowing a New Life”. A team of 25 volunteers and monastics of the Grace Mercy Order were in charge of coordinating the activities developed in several spaces of the school. 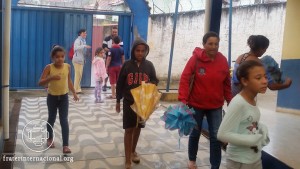 A little before 9 a.m. on Saturday, May 20, the participants began to arrive, timidly, alone or in small groups, and several came with their mother or some other adult, who said good-bye to them at the gate of the school, to come and fetch them at the end of the meeting. A slight and intermittent rain installed a melancholic atmosphere, inviting introspection and the quest of the deep being. The spontaneous puerile joy, nevertheless, dissolved any temptation to retreat. Miriam Galvão, the coordinator of the event, explained that the objective was to offer the children and youth an option that might take them from the routine of television and cell phone. 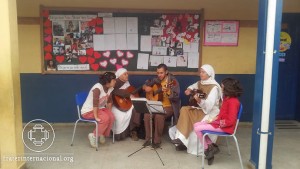 With the support of crayons, brushes, paintings, cardboards, glue, blank pages, scissors and other materials, children of all ages, youths and adults, in a harmonious integration let their creativity emerge for two and a half hours. A group of five volunteers brought to all the groups the magic of music, with inspiring spiritual songs accompanied by guitars. In one of the rooms there was the exhibition on projectors of documentaries and comics of awareness-raising about the importance of the Kingdoms of Nature and the need for a loving relationship with them. Some made contact with the Plant Kingdom, preparing vases and cultivating seeds of several species. In the meanwhile, on the court, the participants were busy with group games. 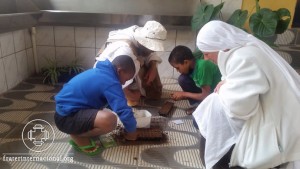 “I am deeply surprised at the way everyone, from the younger ones to the bigger ones, got involved from the beginning until the end. It is the first time that I participate and I feel joy at seeing this response”, commented Eduarda Fernandes Crespo, a helper in Art Education at the Wanderleia School.

“It is a very good work done with the children, who usually do not have an opportunity like this during the school year”, expressed Edson Olimpio, father of Nicole and Gabriel, two little students of the host institution. 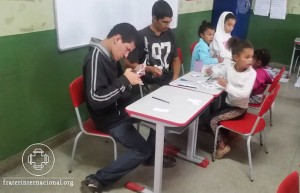 To Michela Christo, one of the assistants to the  meeting, the activity helped to develop the seed of light present inside each participant. “Here they have the opportunity of learning and of exercising in a free way, without impositions, they can work in teams, with harmony, without anxiety, forgetting about time”, she said.

“There was a very positive Exchange, because it was not just the adults teaching something, but also receiving from the children this vitality that transmitted joy in a very fraternal atmosphere”, considered Ivana de Freitas Pereira, another voluntary assistant.

Maluh and Analia Calmon, also assistants, agreed that it was a very constructive day that permitted filling a great need of current times: the lack of attention and of loving contact between adults and children. 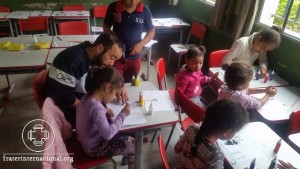 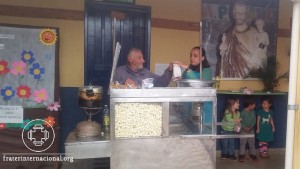