On Saturday, June 25, a group of thirteen people called ‘Pilgrims of the Park’ visited the headquarters of the Fraternidade – International Humanitarian Federation – and the Francis of Assisi Park, both located in cities of the Southern region of the state of Minas Gerais, Brazil. 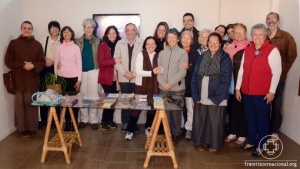 The group ‘Pilgrims of the Park’ from the city of Sorocaba, state of São Paulo, was formed after the launch of the book ‘Living the Love for the Dogs’, by Ana Regina Nogueira in the city, in April of this year. The initiative was of members of the Network-of-Light of the region and people who were present in the event, such as the councilor Celso Leite and members of the OAB – Order of the Attorneys of Brazil, who did not know the work of the Community-of-Light of Figueira and the institutions represented by the Fraternidade. 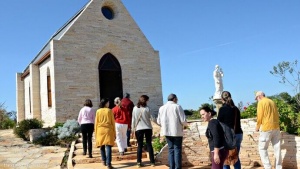 The group arrived in the headquarters of the Fraternidade, in Carmo da Cachoeira, in the morning, and were welcomed by its Institutional Manager and by representatives of the sector of the Animal Kingdom of the Community-of-Light of Figueira. After they learned about the work developed by the institution, the group visited some areas of Figueira, such as the House of Saint Joseph and the Marian Center.
‘To me, the pilgrimage was wonderful. We were warmly welcome in Figueira and the whole trip was very peaceful and fraternal’, said Fátima Volpi Piva, a member of the Network-of-Light group of Sorocaba.

Visit to the Francis of Assisi Park 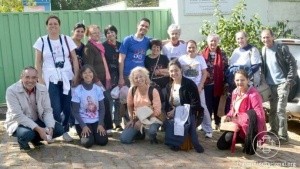 On the following day in the early morning, after spending the night lodged in the area of the Lands of the Fraternity of the Community-of-Light of Figueira, the group continued their journey to the city of Lavras (about 50 kilometers from Carmo da Cachoeira) having as destiny the Francis of Assisi Park.

All of them could know the place, see the animals, talk with the people who work with the dogs and learn how the work of admission, treatment and referral of these street dogs who had been abandoned and suffered mistreatment. During the visit, the students of Veterinarian Medicine of the Federal University of Lavras – UFLA – were conducting another work of digital identification for the animals of the Park. 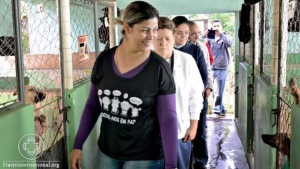 The visitors could also learn about a pioneering system of transformation of canine feces into good-quality manure that is distributed for free to nearby farms and properties.

‘The visit and hosting in the Park was also exceptional. The work that takes place there is fantastic and especially the energy that is present. Undoubtedly something very special is keeping and protecting the place’, said Fátima.

The Municipal Chamber approves homage to the authoress of the book 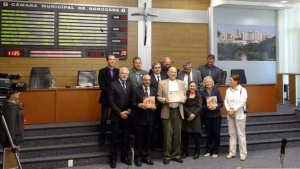 On June 16, the Municipal Chamber of Sorocaba did homage to the authoress of the book ‘Living the Love for the Dogs’ and for the work developed in behalf of the Animal Kingdom in the Kennel of Lavras (the Francis of Assisi Park). The official delivery of the homage plaque will be in October in the Order of the Attorneys of Brazil of that city.

‘What drew my attention in the book, besides the gorgeous photos and testimonies, was the way that the building of the Francis of Assisi Park is narrated. I have never seen such a beautiful, real and true thing as we see in this book. We see that there is a true love for the animals there’, said the councilor Carlos Leite.

‘We perceive that this book opens doors in the consciousness of people and oftentimes they start effective actions in behalf of the Animal Kingdom’, said Ana Regina Nogueira. 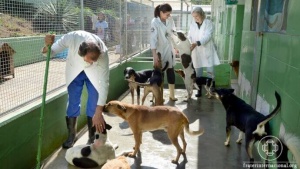 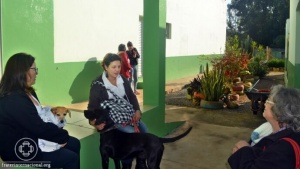