Greece Mission – visits to the missionary base

Monday thru Sunday, August 21 thru 27 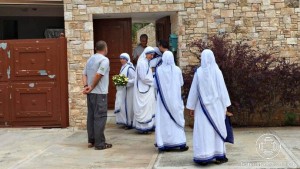 The activities of the missionaries of the Fraternidade – International Humanitarian Federation – still concentrated on the two houses of the Missionaries of Charity of Mother Teresa of Calcutta in the city of Athens.

Maintenance tasks were conducted, including painting and small repairs, the cleaning of the house and of the communitarian refectory, and the support to the preparation and the serving of the meals.

Support was also given to the task of purchasing food items that the missionaries donate to needy families.

The daily collection of bread at a bakery continued, which are then distributed in House 1 of the Missionaries of Charity. 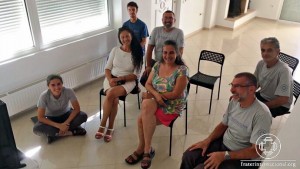 On Tuesday, 22, the missionary base of the Fraternidade received the visit of all nine Missionaries of Charity of Mother Teresa de Calcutta, who chose to visit the place on the day of the Anniversary of the congregation in Greece. The Missionaries visited the place, watched a presentation of all the missions that the Fraternidade has conducted and closed the meeting participating in a prayer.

On Saturday, 26, the coordinator of the group Saronikos Volunteers in Action, and another collaborator, also visited the missionary base. The Fraternidade collaborates with the group in tasks of support to the town of Saronikos. During the visit, a presentation about the work of the Fraternidade was made.

The arrival of a new missionary of the Fraternidade, coming from the Community-of-Light of Fleur-de-Lys, in Portugal, who will spend some time helping the tasks of the Mission. 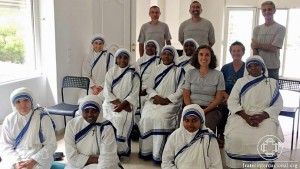 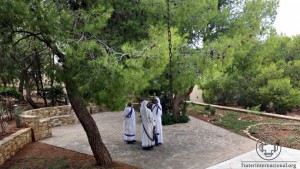