This week, the missionaries of the Fraternidade – International Humanitarian Federation, on a Permanent Mission in Greece, supported the organization of the stock of clothes for donation in three different institutions, besides other activities.

In the Orthodox Church of Saint Theodore, in the city of Anávissos, the missionaries rendered general services with the clothes received as donation. The summer clothes were removed and the winter clothes were made available for the needy. 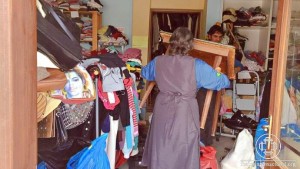 With the Sisters of Charity of Mother Teresa of Calcutta, the group helped the preparation of food, the elaboration and distribution of meals and the harmonization and cleaning of the environment. Some hygiene articles were also distributed, such as shampoo and razor blade, materials always donated by the Sisters to those who arrive in need of a place to take a shower. In this week, the group of Missionaries of the Fraternidade became also responsible for the harmonization of the Chapel. 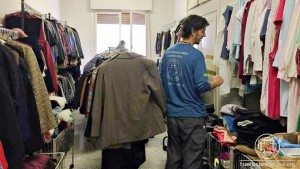 At Caritas Hellas (Caritas Greece), the group continued the work of organization of the stock of winter clothes, and of distribution of feminine and masculine clothes in their respective days.

In the storage of clothes of the Association of Lagonissi, the work of selection of items was begun for the bazar of Christmas and the reorganization of the storage done after each donation received. 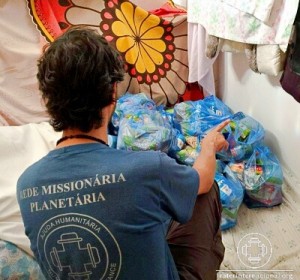