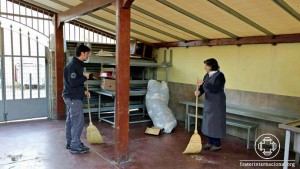 During the week between Dec 4 and 10, the missionaries of Fraternidade – International Humanitarian Federation, participated in some activities that included the preparation for Christmas.

With the Sisters of Charity of Mother Teresa of Calcutta, the group collaborated in the harmonization of the external area and in the fixing and distribution of lunch. They prepared the fruits for the decoration of the cakes of Christmas and the selection of wood for the beginning of the making of the manger. 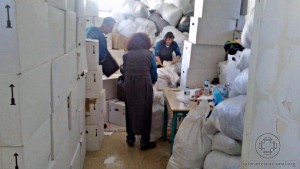 At Caritas Hellas, four members of the team organized the general storage of clothes. The fifth member remained in the main building, also organizing clothes. Besides, they helped the daily tasks of preparation and distribution of foods, and in the care of small children who accompanied the mothers during the distribution of female clothes.

Then, the group went to the clothes storage of the Legonissi Association, tidying the place, which will be renovated.

At the Orthodox Church of Anavissos, they helped the organization of the Christmas bazaar. The resources raised will be utilized in the veterinarian assistance to street dogs. And during the same week, after the bazaar, the group dismantled the structure used in the event and organized the space. 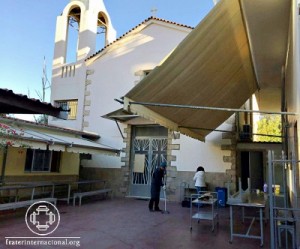 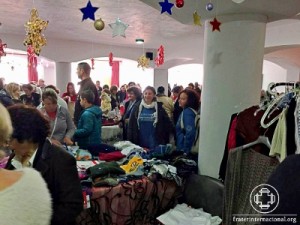