On Thursday, 31, representatives of the Fraternidade – International Humanitarian Federation -, coming from the headquarters of the institution in Carmo da Cachoeira, Minas Gerais, Brazil, together with local members who cooperate in the Roraima Mission, conducted several meetings and signed partnerships with institutions in the state of Roraima, Brazil. 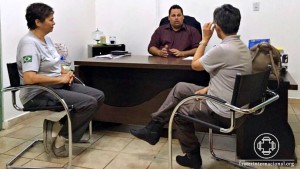 The first activity was in the city of Pacaraima, in the Northeast of the state of Roraima, Brazilian border with Venezuela. The delegation had a meeting with the mayor of the city and confirmed the missionary support of the institution by means of the Humanitarian Roraima Mission. Besides the city of Boa Vista, where it already operates, the Fraternidade will also give humanitarian assistance to the Venezuelan immigrants who arrive in the city of Pacaraima.

The Fraternidade also confirmed the presence of the monastics of the Grace Mercy Order in the activities of the Mission in the city.

During the meeting, the mayor of the city showed the floor plant of the future Center of Warao Reception of Pacaraima, which will serve of reception to the Venezuelan Indigenous immigrants who today occupy the streets and public places of the city. According to the city hall, the shelter will be built in accordance with the minimal standards of emergency utilized by the United Nations High Commissioner for Refugees (UNHCR). 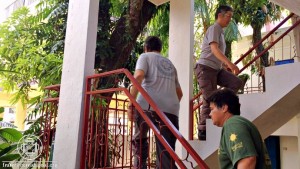 On Friday morning, 1, the representatives of the Fraternidade visited the place where the office of the institution will be implemented in the city of Boa Vista, capital of the state. In the place, the whole administration of the Humanitarian Roraima Mission will operate, as well as the reception and the control of the donations received and it will serve as facilitator of the actions taken with the UNHCR.

Nucleus-of-Light of Figueira in Roraima

Then, a few meters away, the group visited the place where the new Nucleus-of-Light of Figueira in Roraima will be installed.

Cooperation between the Fraternidade and the UNHCR 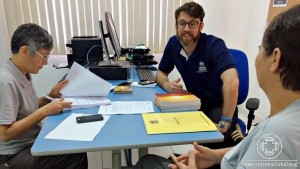 In the afternoon, the delegation of the Fraternidade was in the office of the UNHCR, where a contract of cooperation between both institutions was signed. The action was possible thanks to a previously signed partnership between the Fraternidade and the United Nations (UN) by means of registering in the Partner Portal. 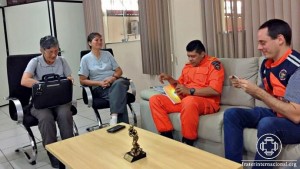 Still in the afternoon, the following meeting was in the headquarters of the Fire Brigade, with the representatives of the Civil Defense of the state of Roraima, who confirmed the logistic support to the Fraternidade in both cities of the mission in the state.

The Civil Defense made the commitment of also establishing a contract of partnership with the Fraternidade concerning the management of the shelter in Boa Vista. 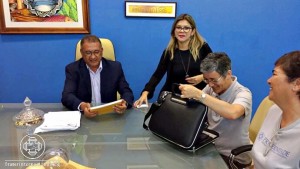 The last activity of the group took place in the evening, in a meeting with the rector of the Roraima Federal University (UFRR), who informed that the education institution is willing to collaborate with the humanitarian actions.

“This partnership that is being signed with the University determines that the shelter, both in Boa Vista and in Pacaraima, and the very office of the Fraternidade, serve as a kind of extension of the University Campus, be it in the conduction of internship as well as for the development of knowledge by means of the action of teachers and students. Furthermore, it will bring the opportunity for students to get into contact with the social issues of the refugees, and their consequences in everyday life in Roraima and specially with the selfless and totally voluntary action conducted by all the missionaries and monastics. It is an example of life of service for the common good, which can leave a deep mark in the consciousness of these youths who are graduating to act in the society”, said Mirnuk. 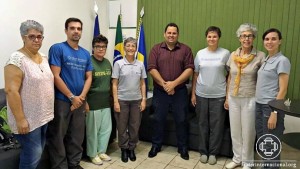 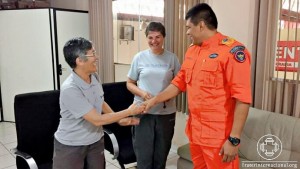 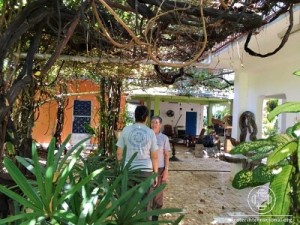 New place of the Nucleus-of-Light of Figueira in Roraima

Meeting with the Waraos in Pacaraima 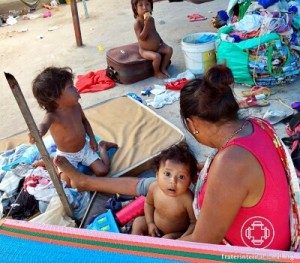 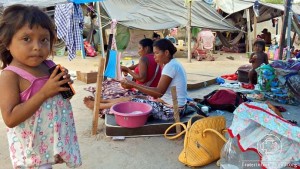