The missionary impulse has come to Argentina, through the 1st Missionary Boot Camp, which took place from November 15  to the 18, in the Light-Community of the Brotherhood, located in the mountain foothills of Cordoba, Argentina. From this boot camp, 35 people from different provinces of Argentina participated.

Up to the present time, these boot camps were only taking place at the missionary base of the Fraternidadade – International Humanitarian Federation FIHF, in Carmo da Cachoeira, Brazil. So the Argentina nation received the same opportunity to have a place to train and instruct those who feel drawn to serve in international humanitarian missions. 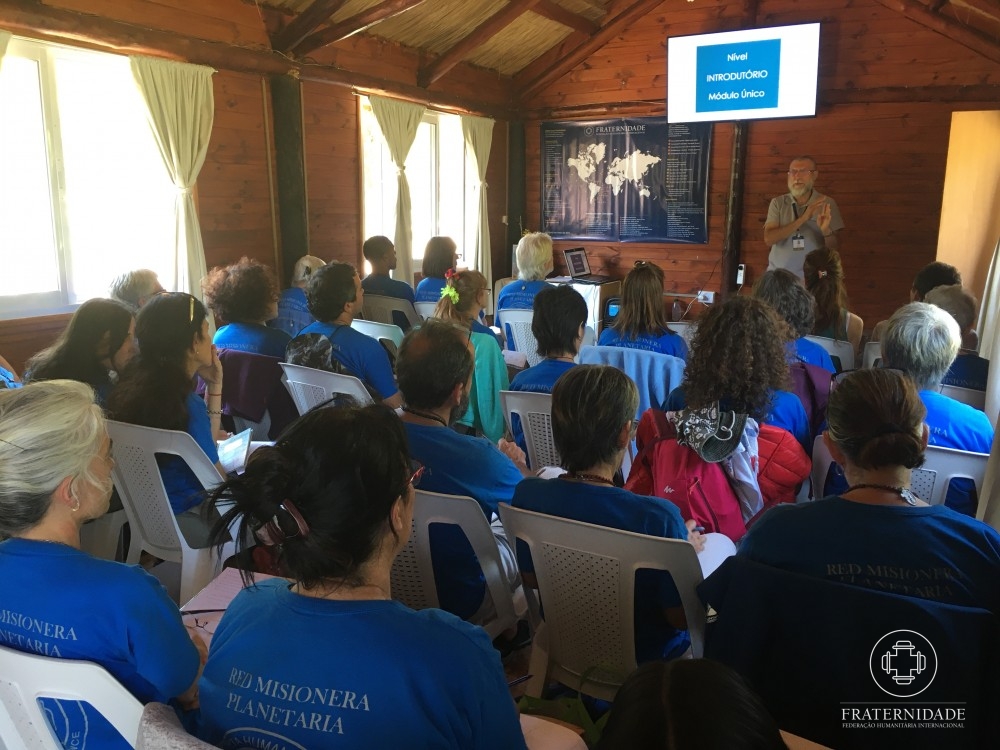 The boot camp began in the afternoon of the 15th. The whole group gathered to receive the first guidance and instructions on what humanitarian missions are and how this kind of preliminary experiences can help. Through his experience of many years of service in the missions, the primary missionary Ricardo Baumgartner was chosen to coordinate the training. 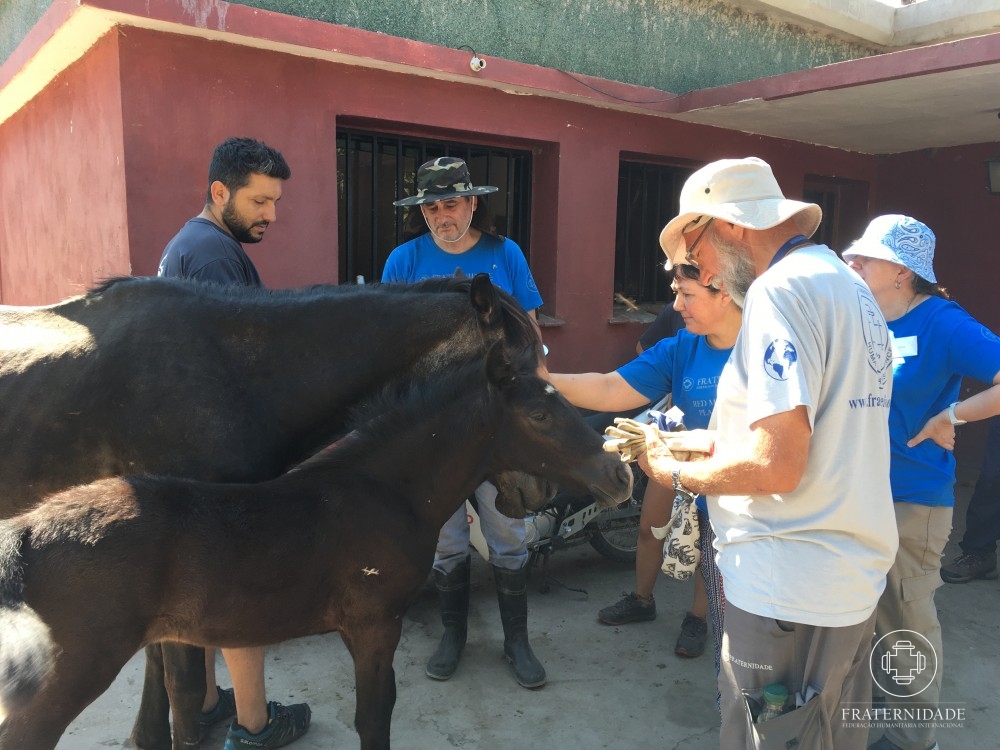 On the 16th, the group went to the Sanctuary Equidad (Equity), located in the city of Cruz del Eje, a refuge especially dedicated to the rescue of mistreated horses, but it also receives other animals, such as dogs, oxen, sheep, etc.

It was a special moment, when the camaraderie could be intensely felt between both groups that serve the Animal Kingdom. This brought a very productive and efficient movement of harmonization of the areas.

“Today, we are carrying out a work with the  helpers of the FRATERNIDADE. A precious atmosphere is being lived, in which everybody collaborates, giving their contribution. I am very happy to be able to live such a special day, with these helpers.”, comments Laura, a volunteer member of the Sanctuary Equidad. 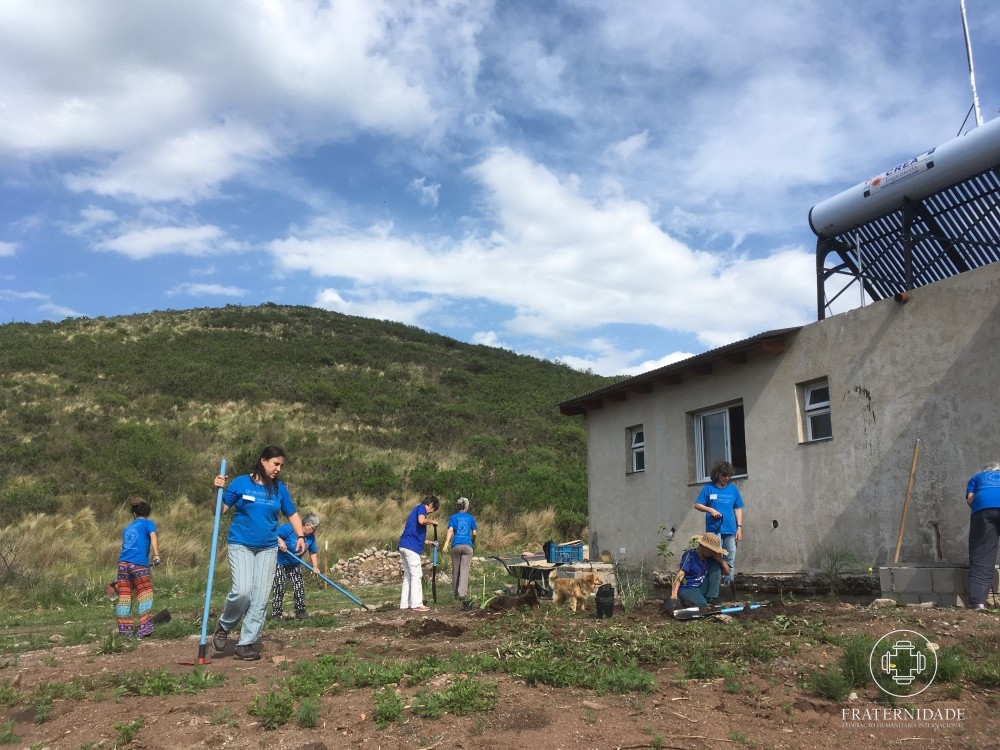 The third day came, when the group, after sharing a prayer in the Marian Center of the Holy Spirit, began to tidy up the entrance to this Center, through weeding, cleaning the creek that crosses the property, and organizaing the walking paths. Punctuality and precision of the task were the qualities learned through this service.

In the afternoon, the first segment of the Missionary Academy began. The book, Fraternidade – International Humanitarian Federation, was presented. Through a group discussion, there was an exchange about principles and values of what it is to be a missionary and about missionary activities. 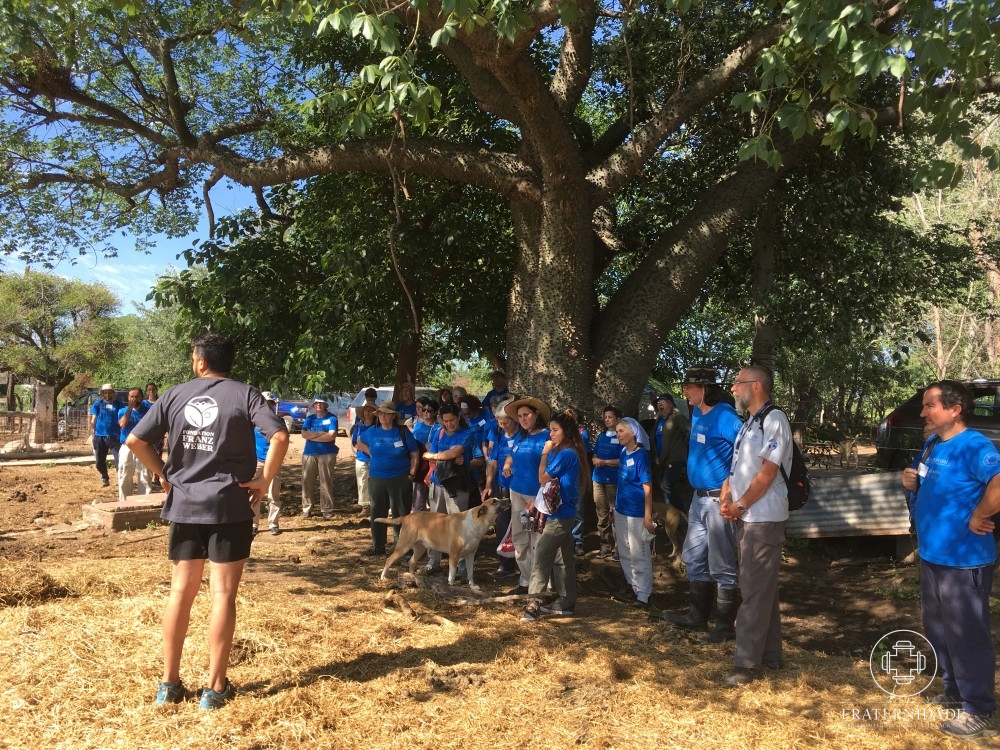 In a small wooded area located in the Light-Community, the group was asked to tidy up the area by cleaning and reorganizing the lodging place that everyone used. This led each one to become more aware that not only the tasks for the external area are important, but it is also necessary to offer the same service and attention to the places that welcome us.

Also work in soil prepration for flowers was done around the lodging place, and a part of the group was able to collaborate in an agro-forestry area of the Light-Community of the Brotherhood.

In the afternoon, to close the boot camp, some experiences with the missions of the Fraternidade International FFHI were shared, as well as the interaction with international agencies and other service groups, schedules of the missions, among other topics.

The day ended with an individual evaluation, and the group offered comments about their experience during these last few days.

Gratitude and an impulse for greater service concluded this first boot camp, with the intention of carrying out other training in the coming months.

Florencia Biancalana, from Bahía Blanca, comments, “It was a great education; each participant showed me something that I have to improve on and also something wonderful emerges when we work together and forget ourselves. I leave here filled with inexplicable joy”.

Voices of the Shelters – Felipe