First joint pilgrimage to the Marian Center of Figueira 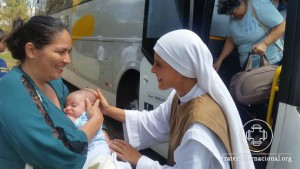 About 200 devotees of the Virgin Mary, arriving from several cities of Brazil, featured last Sunday, 16 of October, a pilgrimage to the Marian Center of Figueira. It was the first time that this ecumenical sanctuary received visitors coming from different places. From Belo Horizonte (Minas Gerais) three buses arrived, with 120 pilgrims, from São Paulo one bus with 43 pilgrims, from Alfenas (Minas Gerais), one minibus arrived with 19 pilgrims and from São Bento  Abade (Minas Gerais) one bus with 15 pilgrims. 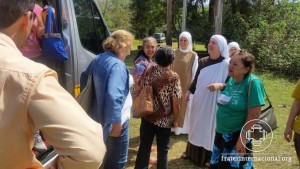 The event had the objective of facilitating the contact with spiritual energies to the devotees of the Virgin Mary. It was organized by representatives of the Marian Center of Figueira, of the Grace Mercy Order, of the Association Mary, of the Community-of-Light of Figueira, of the House of Light on the Hill and of the Nuclei-of-Light of Belo Horizonte and São Paulo, and by the coordinators of the groups of prayer of Alfenas and São Bento Abade. It had the general support of the Fraternidade – International Humanitarian Federation 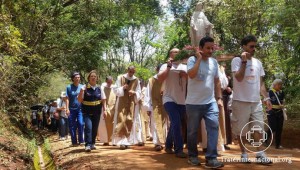 After sharing a snack in the Pilgrim’s House, the visitors were invited to move to the entrance to the Farm 1 (F1), an area in the Community-of-Light of Figueira where there is an image of the Virgin Mary. From there, they participated in a procession with another Marian image and praying the Holy Rosary bound to the Pilgrim’s House.

Hill of Apparitions
After the procession, lunch was served and then the pilgrimage to the Hill of Apparitions began. In this place, the pilgrims participated in the ceremony of Adoration to the Most Holy Sacrament and in an Ecumenical Communion. They visited the Hermitage of the Glorified Christ, the Belfry and the Doorway of Peace, sites of prayer of the Marian Center. Lastly, the walk took them to the Hut of the Vigil, where an attunement with the Indigenous Consciousness took place. 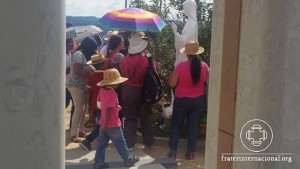 Despite the intense heat, the devotees participated in all activities with utmost surrender. “it was tiring in the beginning, but the whole of this effort with the heat and the upward walk dissipated itself upon arriving here in the Hill of Apparitions, with the powerful energy of Jesus. I became completely overwhelmed by this energy and forgot everything, I believe that the same is true for all those who were present in this place”, shared Laura Grossi, from Belo Horizonte.

“I want to return”
“I loved this pilgrimage, it was wonderful and I hope God will give me health to return in another opportunity”, said Maria Aparecida Sati, from Alfenas, peacefully.
Fernanda Kofers, from Belo Horizonte, highlighted: “It is the first time I came and I became surprised with the immensity of positive energy that exists in this place, I liked it very much and intend to return other times. I I was informed of this pilgrimage a week ago, when I went to visit the Nucleus-of-Light of the Sacred Heaven, with my husband”. 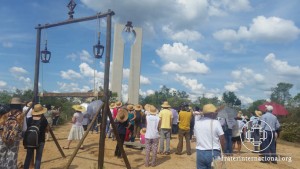 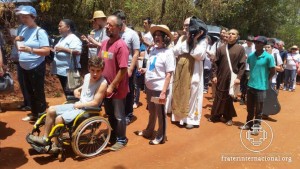 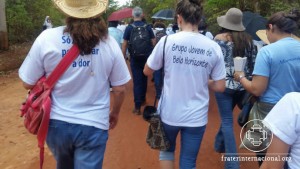 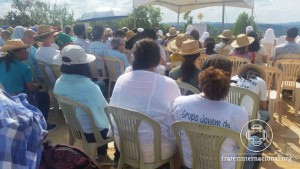 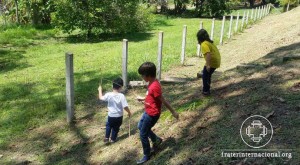 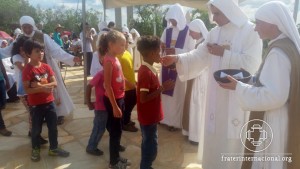