Devotees from the five continentes accompanied the Sacred Week 2018 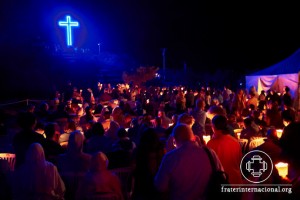 The Sacred Week, an annual event organized by  Association Mary, gathered devotees from the five continents in the Marian Center of Figueira, to celebrate the Passion, Death and Resurrection of Christ. The event was broadcast live to the whole planet by Mercy Mary TV during the period of March 25 to April 1.

The Sacred Week was preceded by a special journey, on Saturday, the 24th, during which hundreds of pilgrims participated in the ceremony of inauguration of the Blue Cross of Emmanuel, on top of the Hill of Apparitions, the heart of the Marian Center of Figueira. The sacred symbol is risen, with a height of 24 ft, over a base of 6.5 feet of height. At night it radiates a potent blue light that is seen from several kilometers away. 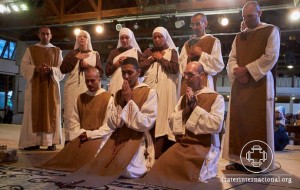 During the whole Sacred Week a liturgy was developed which was composed of two parts: the first included prayers and contemplation of the image of the Merciful Chrits, and was held in the morning, in the lodging areas of the Communty-of-Light of Figueira.

The second part was held in F2, one of the areas of Figueira, beginning at 3 p.m., with daily live transmission via Mercy Mary TV. The afternoon and night schedule included the reading of biblical passages; the Chaplet of Divine Mercy; messages transmitted live by Chirst Jesus to the visionary Friar Elías del Sagrado Corazón, a monk of Grace Mercy Order; ecumenical communion and transmission of daily summaries of the Sacred Week 2017. On Holy Friday the group did the procession of the Way of the Cross. 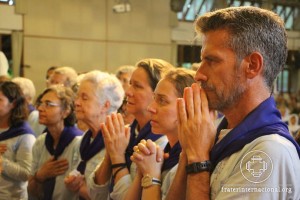 Adorers of the Mystical and Eucharistic Body

On this Sacred Week, both civil branches of Grace Mercy Order lived special moments. There were new consecrations of Adorers of the Mystic and Eucharistic Body and of Helpers of the Divine Mercy of Jesus.

Near the central auditorium of F2 was implemented the “Wood of Fraternidade”, a space in which the entities affiliated with Fraternidade – International Humanitarian Federation, exhibited their novelties and interacted with the pilgrims, many of them present for the first time in Figueira. 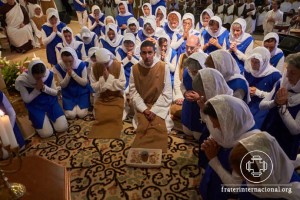 The Helpers are in charge of the cerimonial

“I came here with the intention of disconnecting from everything and being able to concentrate exclusively on Christ, and I believe I am being able to. I feel His presence in my heart”, commented Domingas Loureiro, from Angola.

“I feel impacted by the atmosphere of the meeting, the love among people, the surrender for the work. About the call made by the Divine Messengers, I feel an impulse to become a piece in this transformation of the form of life on the Earth”, shared Falk Peter Scholz, who arrived from Germany.

“The messages of Christ have been very profound, and invite us to make a personal decision. I have seen more youths and more children. I believe that this will be known in many other countries and more people will come. Here we feel a great unity and a great spiritual force”, said Cecília Carrasco, from Chile.

On her turn, the Bolivian Margarita Pairo highlighted that “each impulse that we receive from the Lord Jesus is a true food for our spirit, for our soul, I may not be able to explain in words, but I always end up crying”.

For Yolanda Jimenez, the coordinator of the Network-of-Light of Colombia, “the Sacred Week has been something very special. Without a doubt, Christ has given us all His Graces and I feel that we are all going to wake up and respond to the Plan of God”. 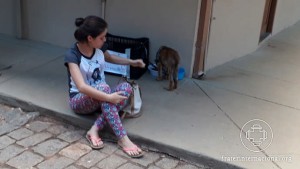 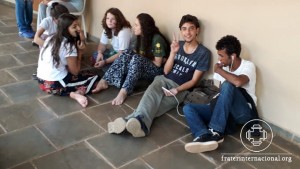 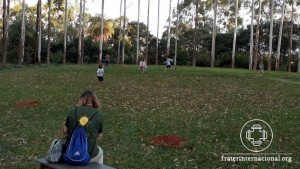 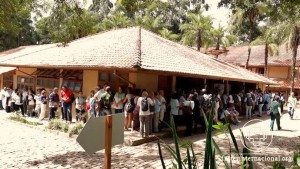 Entrance to the auditorium 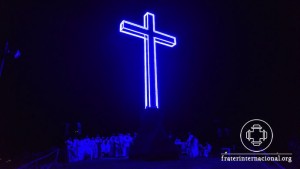 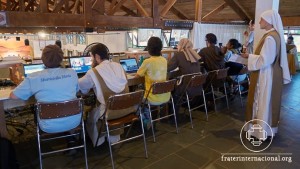 Stand of transmission of the TV 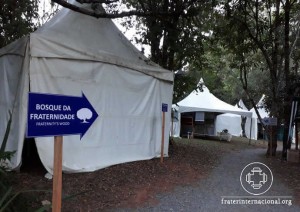 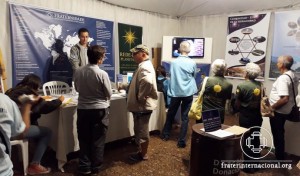 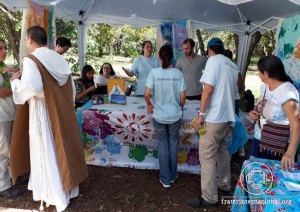 Stand of Youths for Peace