Confraternity Mission – The building of the contention was began 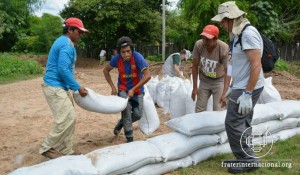 Missionaries of Fraternidade – International Humanitarian Federation, and Indigenous people united to begin the building of a wall of protection against future floods around the community of the Fwolit ethnic group, in the city of Tartagal, province of Salta, Argentina.

The wall is formed by bags filled with sand that the flood itself dragged to the place. On the first day of work on hundred bags were carried, which were piled up to begin to raise the wall of protection against the water. “For the Fwolit community, it was a great step, a before and an after, and the children celebrated with great joy, climbing the newly made wall and walking on it, signaling the new cycle that was beginning for the village”, reported Rosi Freitas, one of the missionaries. 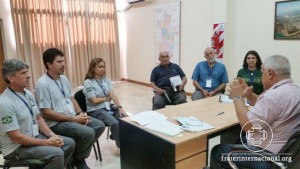 Part of the group was received in an audience by the interim town intendant of Tartagal, Eduardo Leavy, to whom they thanked for the support given by the City Hall to the tasks of protection begun in the Fwolit community. This morning a retro-excavator and a motor grader were loaned.

The group dedicated the afternoon to organize the donations that arrived for the Indigenous people, including clothes and footwear donated by the Network-of-light of Argentina and by the population of Tartagal, whose solidarity was inspired by the presence of the missionary group in the city.

All of you who feel the impulse of collaborating with the Confraternity Mission can obtain additional information here. 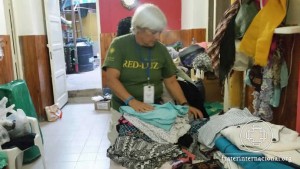 Organizing the donations of clothes 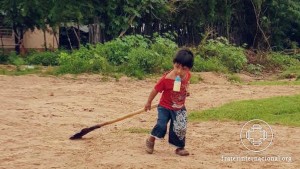 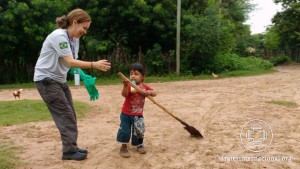 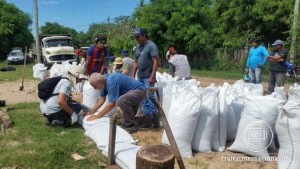 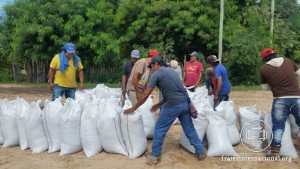 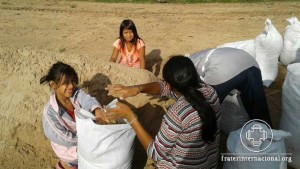