Confraternity Mission – Seeds of Unit are sown among the Indigenous Communities 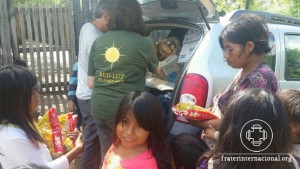 The heavy rain that fell in the city of Tartagal during the whole morning prevented the group of Confraternity Mission to go to the Indigenous communities, located in the outskirts of the city, because the dirt roads were impassable.

In the late afternoon, when the rain had diminished, some members of the delegation went to check the situation of the Fwolit community. They detected that the wall of contention of the waters worked well. There was also distribution of food donated, such as bread, rice, pasta and milk.

The missionaries returned to the Wichi community of El Mistol, one of the 30 Indigenous villages located around Tartagal. The Wichi ethnic group is one of seven that survive in the region, displaced from their natural habitat: the jungle and the hydrographic basins. 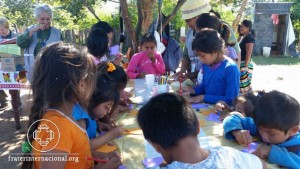 When the missionary group arrived, they found the children sweeping the place and preparing it to receive the visitors. Some missionaries took care of the dogs and cats, with vaccines and anti-parasite medicines, while the others busied themselves with fixing breakfast. Then oral hygiene classed were given. Then recreational activities were organized, with paintings and modelling dough (plasticine). The children showed great ability and artistic talent. They have good motor coordination and are not anxious. 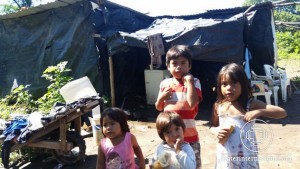 Meanwhile, some missionaries went to visit another Wichi community, called El Quebracho, very close to El Mistol. Both are beside the 86 road, five km from Tartagal. The place shows more precarious conditions. They live in improvised plastic tents, without potable water or basic sanitation. There was a talk with the Chief Isaias Fernández, to whom the proposal of Confraternity Mission was explained. The distribution of donated food was made. 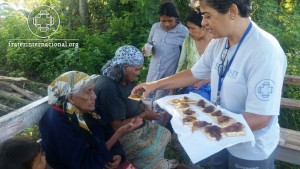 In the community of Fwolit, Confraternity Mission organized a meeting of confraternity among the Wichi communities of the region. The meeting was prepared, at the request of the host Chief, Modesto Rojas, to try to transcend the differences that have set apart these communities.

Unfortunately, the initiative was not a success, as only a few children of the community of El Mistol timidly came, who remained for a short time and then returned. Nevertheless, they sowed the seeds of reunification, which, in some moment, will germinate and give fruits, according to Rosi Freitas, a member of the missionary group of Fraternidade – International Humanitarian Federation. As a result, only members of the community of Fwolit were in the meeting, about 100 Indigenous people, including children, youths and adults. 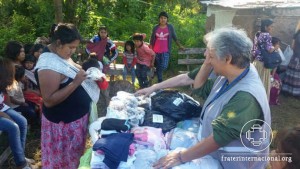 A table with items of donation (coats, diverse clothes and footwear for adults and children) was organized for the mothers to choose what they needed. Also bags with donations were handed to some families, whose needs had already been alleviated beforehand, and a mattress for a five-year old child with special needs.

At the end of the meeting, the Chief made a discourse of thanks to the missionary group for all material and spiritual help they received and gave a letter in which he recognized, on behalf of the whole community, all demonstrations of solidarity. 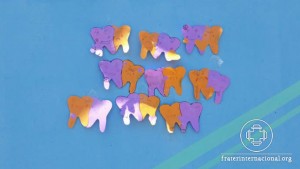 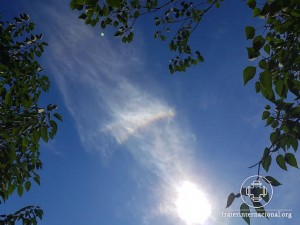 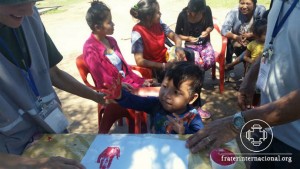 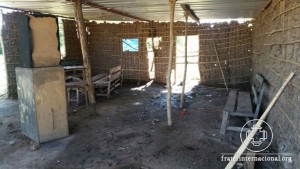 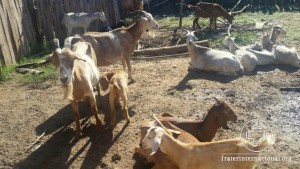 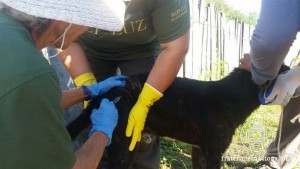 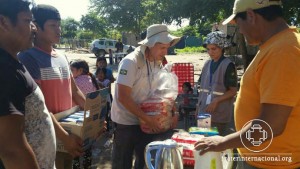 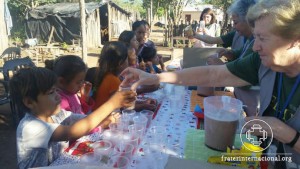 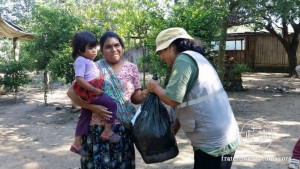 Fwolit: help for a family 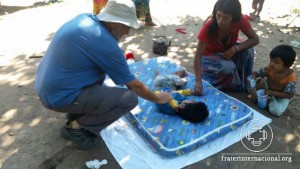 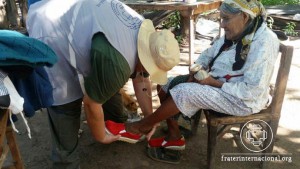