Workshops have been held since May. Playful game helps in developing cognitive skills.

“It’s like two rivers that come together. Around the board, there are no differences, all parts have the same pieces, the same possibilities,” says Sister Carmela, missionary nun of the FFHI Fraternidade International Humanitarian Federation, on the game of chess.

Since May, Venezuelan children and youngsters in Boa Vista, Roraima state of Brazil, participate in weekly chess workshops promoted by the organization. Classes began at the Nova Canaã shelter and in July they were also implemented at the Pintolândia indigenous shelter.

“The game is meant to support them, especially minors, as an educational support,” says Carmela, one of the workshops’ coordinators.

Since August the workshops have had the support and guidance of Edgard Zanette, philosophy professor and founder of the Universidade Estadual de Roraima (UERR) chess club.

“I was very happy to be able to fit the chess project into my schedule, demonstrate the game and bring the children into the playful world of chess,” says the professor.

Besides being fun, chess is known for its ability to develop creativity, mathematical reasoning, critical thinking, and promotes improvements in self-esteem, patience, and empathy. 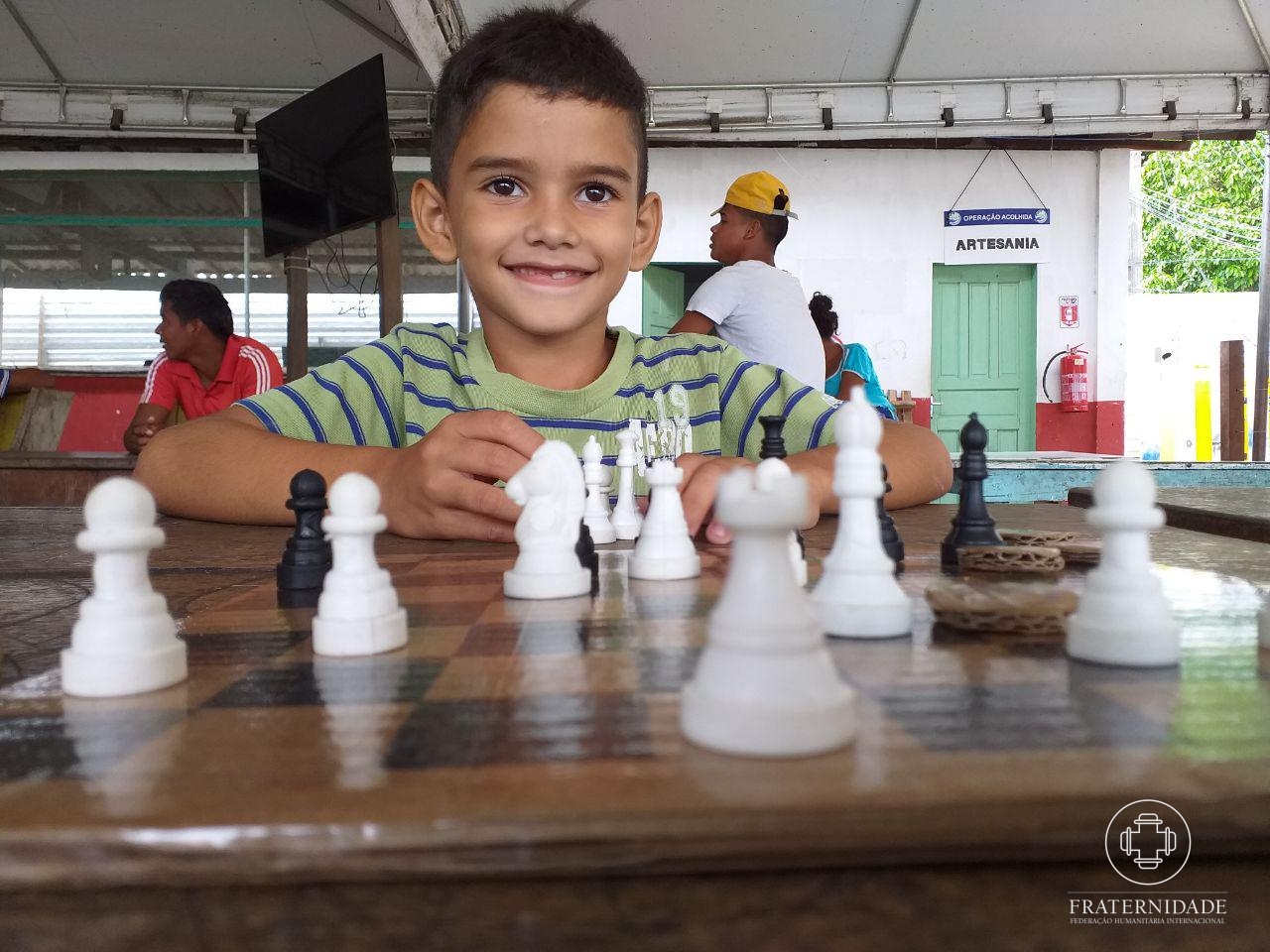 “We put a chess game tray in the cafeteria and waited for those interested. Over the days, a good group of children and young people had gathered,” she says.

The children’s interest in the game led the missionary team, with the help of the youngsters themselves, to make new trays with locally available materials such as cardboards, boxes, Styrofoam and even a broomstick.

Subsequently, the interim games were replaced by wooden boards made through donations and UNHCR support.

The sister explains that the proper care of the pieces and trays is also an educational tool. “We encourage the children to be responsible for the games, because if you lose a piece, the whole game loses its meaning,” says the missionary. 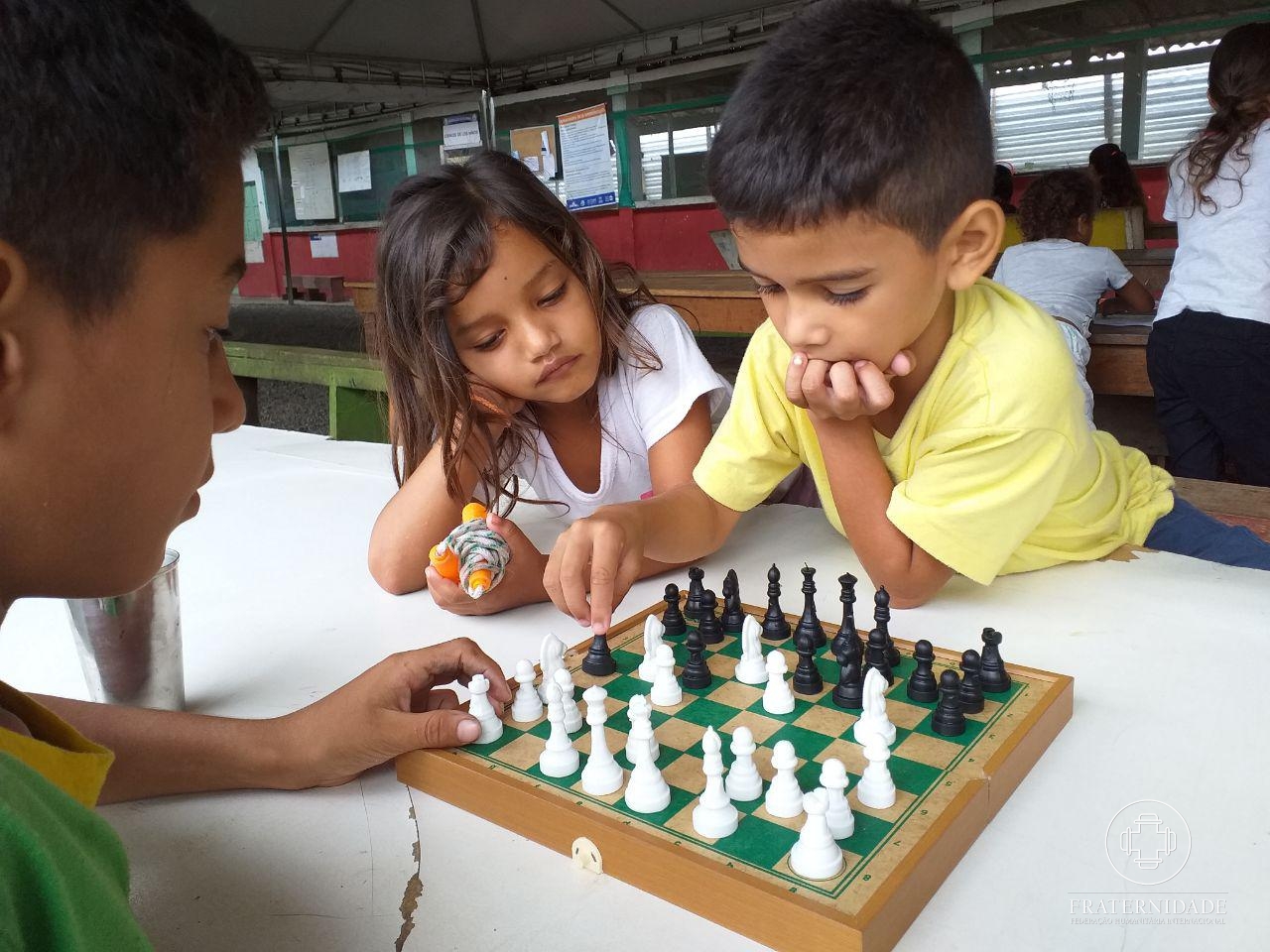 In August, Edgar became involved with the work done in the shelters and started attending the classes every Saturday at the Nova Canaã shelter, also taking some students from the UERR Philosophy course.

As a result, some children have already been invited to participate in a teacher-organized chess tournament due to take place in December this year.

In addition, on November 7th, Allan Ciro, chess teacher at the Roberto Marinho Olympic Village, invited the young refugees to visit the municipal club, where they could learn about the local groups and have contact with different environments. “The idea was to take them to play with other children so that they would leave the shelters for a while and see that, on the chessboard, there are no differences,” says the nun. 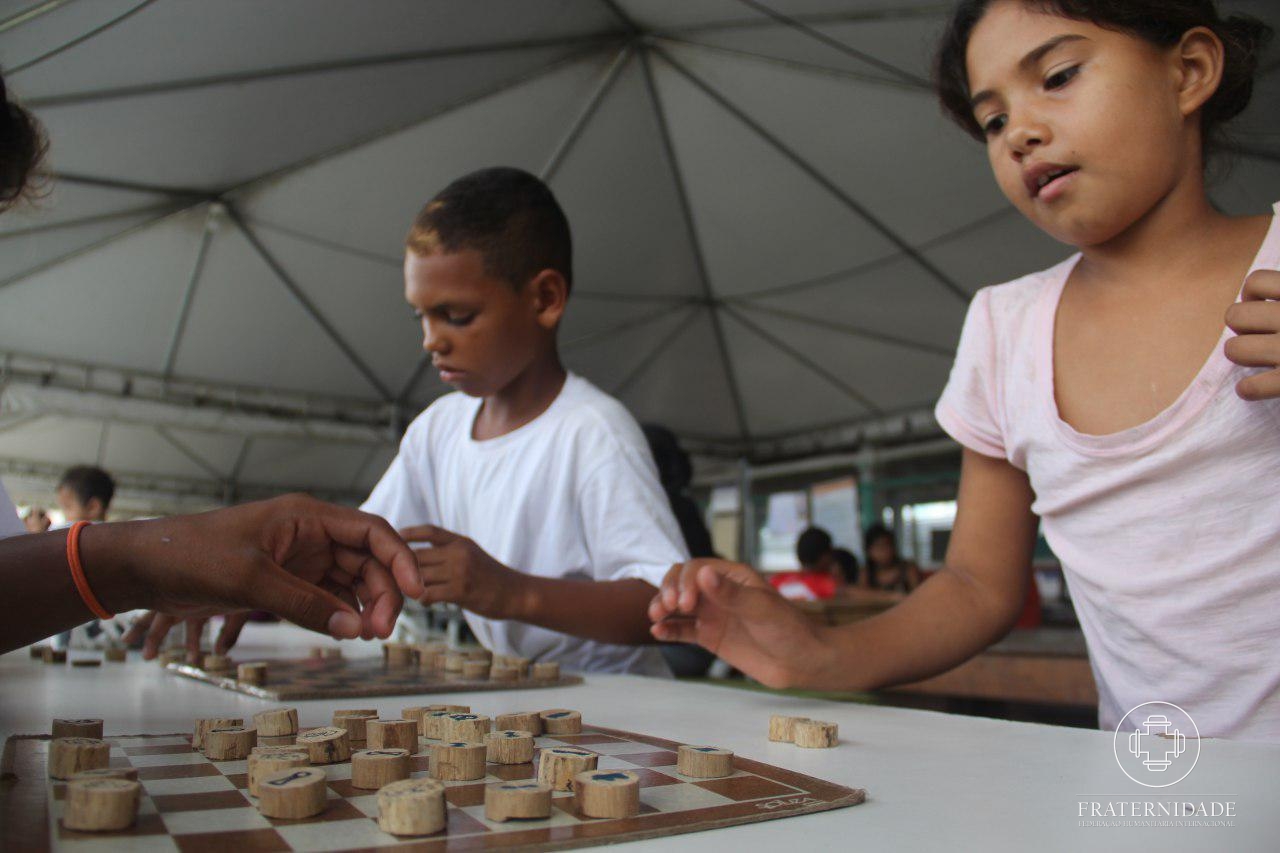