“In this cycle, the Marian Centers will have a lot of spiritual and internal importance for the souls, because there they will find the Graces which they need so much”. 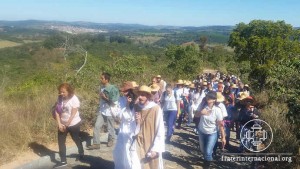 The Marian Center of Figueira initiated a new cycle of welcome for pilgrims. In this new stage, the pilgrimages to be organized will try to keep a monthly frequency. The first one was held last June 3, wehn a group arrived from Belo Horizonte, the capital of the state of Minas Gerais, Brazil. 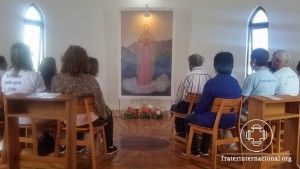 The Immaculate House of Peace

“I hope that each group gets organized to visit the Marian Centers at least once a month and to form part of the channel of prayer opened by Our Heavenly Mother in each one of them. The life of the Marian Centers and the spiritual assistance of the Kingdom of Heaven, in each one of them, are a task and a commitment of all Children of Mary, who should be present monthly in the houses of prayer of the Heavenly Mother”, the Virgin said on March 1, 2016, through the visionary Friar Elías del Sagrado Corazón, of the Grace Mercy Order. 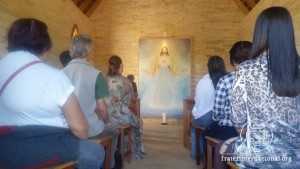 The Hermitage of the Glorified Christ

On February 12, 2017, the Mother of God went further and asked for biweekly rhythms: “I am still waiting that My dear children make fortnightly pilgrimages to the Marian Centers, and now it will be necessary that the Children of Mary be the guardians of these Marian processions”, specified the Divine Messenger. About that, Friar Augustín said that at the moment there is an attempt to organize group visits once a month. However, as a center of prayer and pilgrimages, the Marian Center of Figueira remains open to the public every day, from 6:00 a.m. to 6:00 p.m. 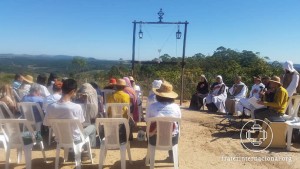 The Portal of Peace

“Each Marian Center represents a plant of transmutation, of salvation, of awakening, of redemption and of peace for the souls, for the Kingdoms of Nature and for the Universe (…) Those who approach a Marian Center with reverence and with open hearts will feel that Sacred dwells there”, reminded the Divine Mother on June 25, 2016, in a message transmitted through the visionary Sister Lucía de Jesús, of the Grace Mercy Order.

The Wood of Harmony

Last June 3, the Nucleus-of-Light of Figueira in Belo Horizonte organized the visit of 72 devotees to the Marian sanctuary, who participated in a broad program initiated at 11:00 a.m. in the Wood of Harmony, a natural reservation where the Indigenous Consciousness is in living manifestation. With the sound of the song “Seeds of Light”, the visitors started a spiritual tuning that lasted 20 minutes.

Later they moved in procession to the Hill of Apparitions, a place where they split in three groups to take turns in three activities: a prayer of the Holy Rosary at the Portal of Peace, the contemplation and prayer in the Hermitage of the Glorified Christ, and the prayer in the Immaculate House of Peace. Then all of them participated in an Ecumenical Communion in the Saint Joseph square. 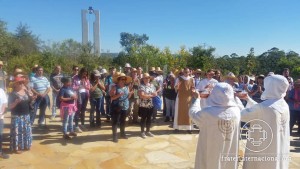 Then the devotees shared lunch at the House of Pilgrims and went down to the lake of Creative Life, one of the lodging areas of the Community-of-Light of Figueira, to pray the Chaplet of the Divine Mercy. In the last activity of the program, the pilgrims attended the sharing of José Trigueirinho.