In the months of June and July, the Porto Alegre Light-Network and the Porto-Alegre Institute of Art-Education (PAIAE) promoted various activities in the indigenous villages located in the south and southeast area of Porto Alegre.

Blankets were donated to the indigenous people of the Mbyá-Guaraní tribe, who came from Rio de Janeiro and joined the other indigenous people from the Tekoa Anhanteguä Village, living at the 22nd stop at Lomba do Pinheiro.

Also a joint effort was organized for giving food, clothing, shoes and diapers to the Mbyás-Guaranís coming from Argentina. When arriving in Rio Grande do Sul, they set up camp in Itapuã, and after that, in the village located in Lomba do Pinheiro.

The donation of 70 ponchos encouraged the Chief José Pires Morinico to dress in proper attire to receive the visitors; he was very grateful and presented the Light-Network with handicrafts.

Another 45 ponchos were destined for the Charrua Polidoro Village, which pleased the chief Akuabê, who immediately put one on. Grateful, she says that the ponchos will be used in the night rituals around the fire and invited all of the Light-Network to visit the village.

Due to their more distant location, the Charrua are more isolated, and therefore receive little assistance; however, they do not fail to lovingly take care of the abandoned dogs they collect from the street. 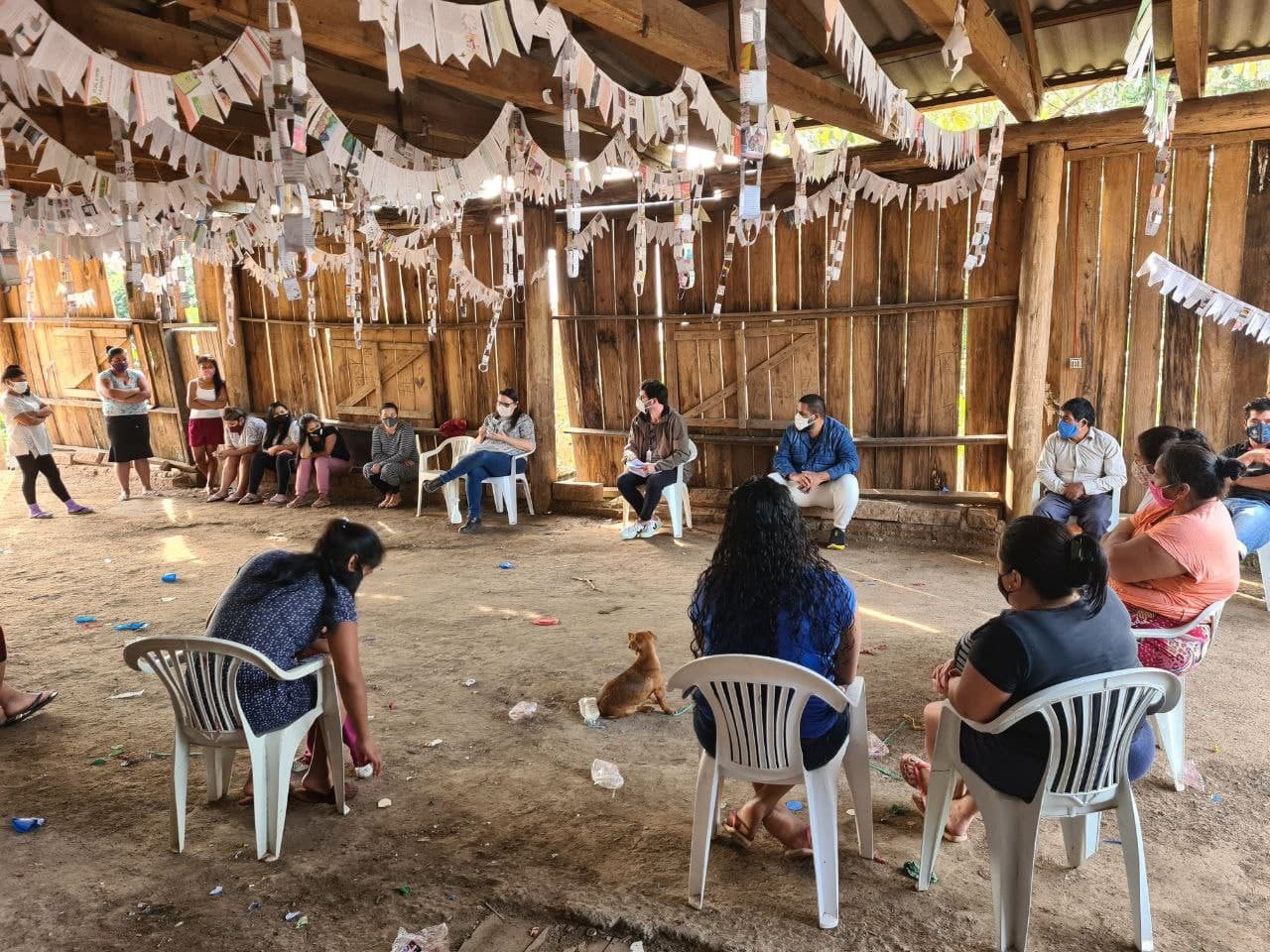 On July 12, the first preliminary meeting with indigenous peoples for the Pre-Conference for Social Assistance (South Territory) was held in the Tupe Pãn Village, at which the Light-Network was present with an offer of snacks for 145 people of that Kaingang Community.