57th General Meeting of Figueira brought updatings to the group 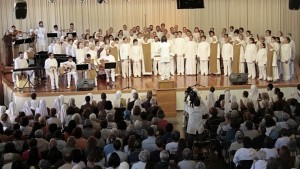 Between September 8 and 11 the 57th General Meeting of Figueira was held in the Community-of-Light of Figueira, in the region of Carmo da Cachoeira, Minas Gerais, Brazil. The meeting, which had the objective of celebrating and updating all those involved in the work, had the participation of more than one thousand people from 11 countries of South America, Europe and North America.

The 57th edition of the General Meeting took place on the area of F2 and began on Thursday, 8, in the afternoon, with the presentation of the Choir of the Communities-of-Light, formed by collaborators, residents, monks and nuns of the Grace Mercy Order and by the Choir of Divina Madre – Association Mary. Then, José Trigueirinho Netto and Mother María Shimani de Montserrat transmitted several updatings about the work of the group. 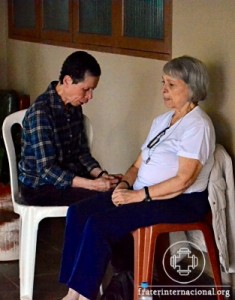 The second day of the Meeting was opened with the musical presentation executed by the Choir, followed by a “sharing” of Trigueirinho. Also the sharing of Mother Shimani recorded in Aurora was transmitted.

During the intervals, people had the opportunity of visiting the stands of the Communities-of-Light, Nuclei of Service, associations and institutions that are a part of the work, which were placed around the hall of F2. Another stand set up near the entrance to the hall showed the importance of the Campaign for the acquisition of the Lands of the Sun and the Lands of the Fraternity. During all the days of the event, many people waited for the recommencement of the activities praying in groups or individually. 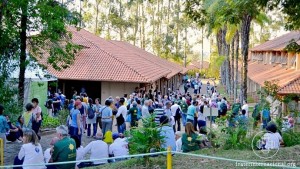 Lívia also became interested in the booklet of the Living School Tibetan Park and took the opportunity to get informed about the subject. “The fact that there is a place with a different education, with another way to deal with the children, drew my attention”, explained Lívia. 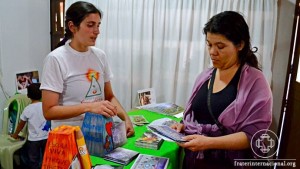 In charge of the stand of the Community-of-Light was Nadia Moya, a collaborator with the Community-of-Light of the Nova Terra, where she has been living for one and a half year with her son of three. “People get very interested in the Living School Tibetan Park, about how is the educational method, which includes both the practice and the theory and the co-existence with the animals. There are also the people who are interested in the animal cause and ask about the hosting of this Kingdom and how they can help. Many are collaborating, a very good result is being reached”, said Nadia. 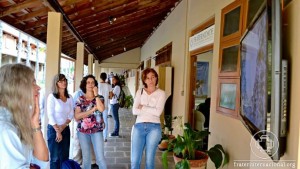 In front of the room of stands of the Fraternidade – International Humanitarian Federation, many people watched videos about the Plant Kingdom with testimonies by Trigueirinho, members of the Grace Mercy Order, the Group of the Trees of the Community-of-Light of Figueira and passages of the film “The Man Who Planted Trees”.
“This composition with the testimonies talking about the Plant Kingdom gives a real notion of what is the love for this Kingdom. I will take the video to my family, so that they may be able to participate in the beauty that this new world is. It was very touching”, said Lísia Maria Azevedo, a resident in Carmo da Cachoeira. 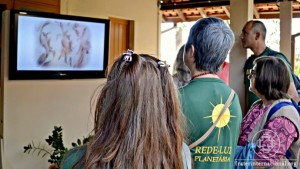 Luciene Lima Dias came from Salvador to the General Meeting, participated in the Marathon of the Divine Mercy in Belo Horizonte a few days before arriving in Figueira. Luciene is a member of a group of prayer in her city and accompanies attentively the videos that were being shown. “I am in ecstasy watching this work that is being conducted here in Figueira, so much harmony and the beauty of nature”, said Luciene. 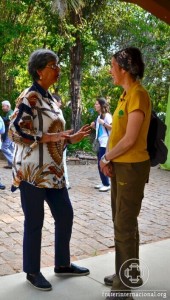 On Saturday, the third day of the Meeting, there was a sharing of Trigueirinho and of Mother Shimani. Also an attunement with the Planetary Center of Mirna Jad was done and remembered the history of the manifestation of the Community-of-Light of Figueira and its importance in the upliftment of the consciousness of the being and in the planetary work.

Léa Regina Penedo Gonçalves, the coordinator of the Network-of-Light of Espírito Santo, has been participating in the work of Figueira since 1988 and always attends the General Meetings. She observed the changes that took place in the work during all these years. “The changes along these years mean a great joy, and the descent of the energy in Figueira as a Marian Center brought the power of prayer. This energy has always been very strong and keeps Faith very intense. We can see the fraternity that we are living in this General Meeting in the eyes and hearts of of the people”.

Many collaborators came from far-away places to participate in the General Meeting that has taken place in the Community-of-Light of Figueira since 1988. 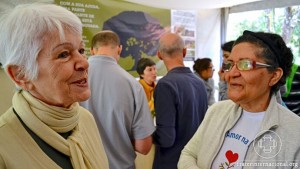 Socorro Meira came from the city of Fortaleza, state of Ceará, in the Northeast region of Brazil, with a group of five people of the local Network-of-Light. Socorro began the work with Figueira with a study group twenty years ago. Today she is one of the coordinators of the Network-of-Light of Ceará. She visits the Community-of-Light of Figueira twice a year, during the General Meetings. “The GM is a moment of updating. As a coordinator, I feel it is very important to keep updated with the instructions. This direct connection with Mirna Jad is very important for our transformation and so that we may serve better”, said Socorro.

On Sunday, 11, the last day of the Meeting, songs of the Choir were presented, as well as sharing of the instructors Trigueirinho and Mother Shimani. 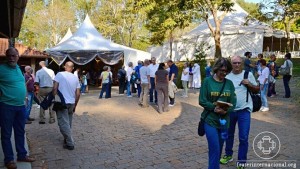 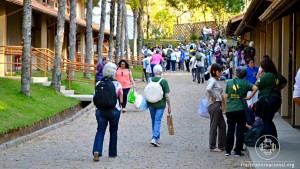 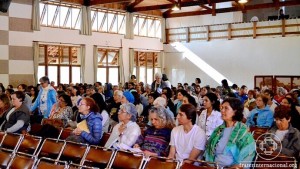 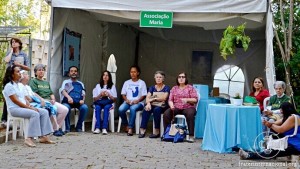 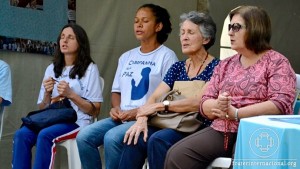 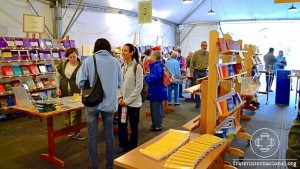 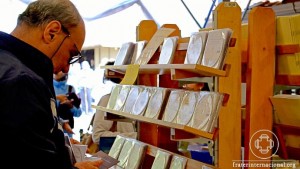 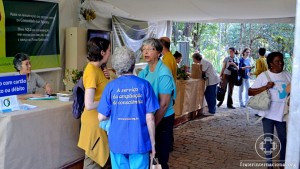 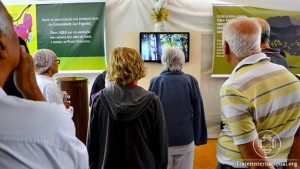 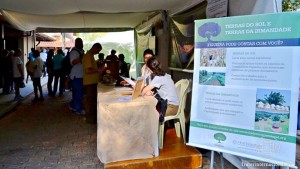 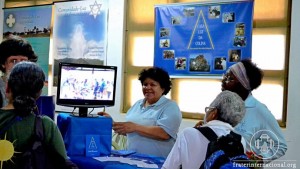 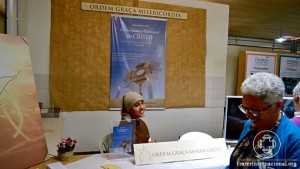