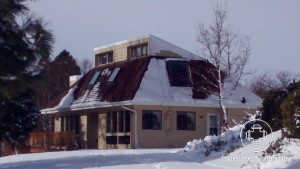 The Nucleus-of-Light of Sacred Mountain was founded in the United States. The Nucleus is located in Mount Shasta, California, and arose after the pilgrimage that the Divine Messengers made in several North-American cities during last December and January.

The new point of light began its activities on March 25, with a meeting of collaborators to accompany the live transmission via Mercy Mary TV of a message by the Virgin Mary channeled by the visionary Friar Elías del Sagrado Corazón, of the Grace Mercy Order. 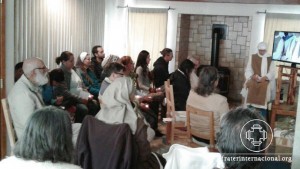 Meeting in the Nucleus-of-Light of Sacred Mountain

The new affiliate of the Fraternidade – International Humanitarian Federation – is now focusing on structuring its program of activities. At the moment, it includes meetings of instruction for the collaborators, which take place every Friday, beginning at 6 p.m. (Pacific Time). It also welcomes people who wish to watch the live transmissions via internet of the talks, with simultaneous translation into English, of the Instructors José Trigueirinho, Mother María Shimani de Montserrat and Friar Luciano, both the latter being monastics of the Grace Mercy Order.

People also gather to watch the transmissions via Mercy Mary TV, of the Vigils of Prayer for Peace in the Nations; of the messages of the Divine Messengers; and of the programs “The Sacred Call”, “Meetings with the Most Chaste Heart of Saint Joseph” and “Meeting of Music for the Healing and Upliftment of Humanity”. 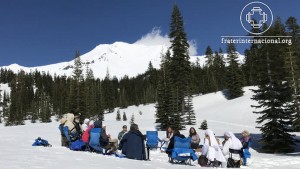 On Sundays, at noon, climbs to Mount Shasta are held, where the participants conduct meetings of attunement and internalization.

Besides these activities, the Nucleus-of-Light is open every day to welcome, attend and share its services with the collaborators and with all those who approach the place.

“At the moment we have few rooms but we envisage making adaptations in the house to increase our lodging capacity. We are receiving collaboratos and visitors who are lodged in nearby places and who come to participate in our activities”, informed Germano, the coordinator of the Nucleus-of-Light of Sacred Mountain. 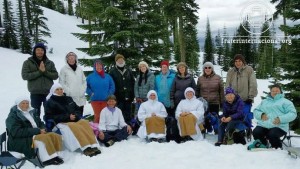 Collaborators and nuns on Mount Shasta

The liturgy and the meetings of instruction are coordinated by the Monastery of the Resurrection of the Lord in Mount Shasta, affiliated to the Grace Mercy Order. There are already groups of prayer in the states of California (Mount Shasta and San Francisco), Florida (Miami and Orlando) and in Oklahoma. People who live in other states also pray with the Planetary Network-of-Light via internet.

“The peace and love I feel in this group is palpable. I am so happy that the mountain I have adopted as a home is a place to heal the planet. I hope to become an active participant”, commented Dana Flint, one of the new North-American collaborators. 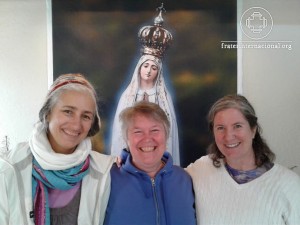 “I hope we can work united with the Divine Messengers to help our dear planet and all the Kingdoms at such crucial moment. I am grateful to the monastery for its base of prayer, joy and loving hearts. I believe this work was the main reason why I felt called to move to Mount  Shasta last year”, remarked Cindy Greb, who had previously lived in the state of Pennsylvania.

To obtain additional information or to arrange visits:

The Nucleus-of-Light of Sacred Mountain sustains its work through voluntary donations. Those interested can address their collaboration to the following bank account: 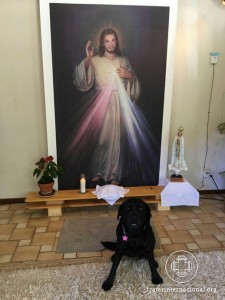 Rose, a faithfull visitor of the Nucleus-of-Light 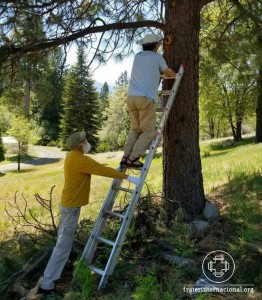 Activity in the external area 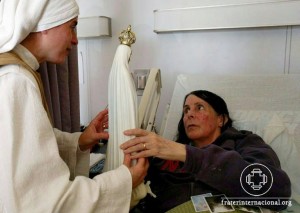 Hospital Visit of the Virgin of Fatima 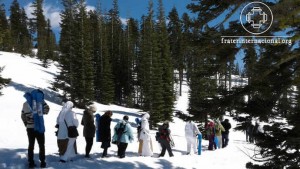