Humanitarian Roraima Mission in Pacaraima – Meeting with the Aidamos 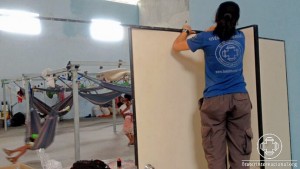 Building school in the shelter

The missionaries of Fraternidade – International Humanitarian Federation – began the building of the school inside the House of Passage (name of the shelter for the Venezuelan immigrants) by means of partitions.

Distribution of food for the sheltered families. This activity is done twice a week: on Tuesdays and Fridays. An Indigenous woman named Milagro said the prayer of thankfulness for the food in Warao language. 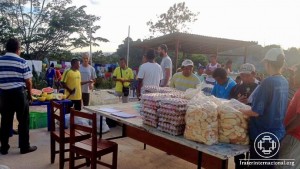 There was a distribution of food kits in the “stage”, a space in town where several Venezuelan refugees stay.

In the place called “condominium”, mosquito nets and medicines for deworming were distributed among the residents. 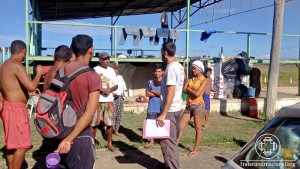 Distribution of food kits at the “stage”

Identity signs in Warao, Spanish and Portuguese were placed in the areas as, for example, in the ambulatory and at the reception.

Volunteers of a Spiritist Center made donations of cakes, cookies and juice for the children. The missionaries helped the distribution. 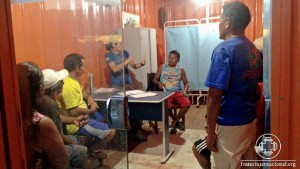 Meeting with the Aidamos, the name given to the Indigenous family leaders. Here are the subjects discussed in the meeting:

– Election of new Aidamos, as many work all day long outside the shelter and their presence in the shelter is necessary.

– Due to the number of those already present in the shelter of Boa Vista, the trip to the Roraima capital must be informed two days in advance for the missionaries to evaluate the possibility of reception.

– Concerning security of the shelter, an entrance will be built for the sheltered themselves to make the control of entrance and leaving. 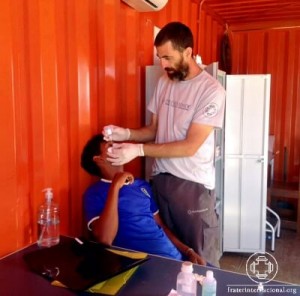 –  It was requested not to wash kitchen utensils in the water dispenser, to avoid the recurrent clogging.

– Every Saturday there will be a general cleaning, contributing for the hygiene of the environment and, as a result, for the health of the sheltered.

– The school will be inaugurated next Monday, 15.

– Census of the families to be made through the Aidamos. 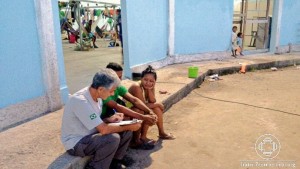 – During the meeting, two lists were made: of the pregnant women and of those who do not have the card of the Federal Health System (SUS). The list of the pregnant women is for prenatal follow-up. And the other is for future making of the card, which will give access to medical consultations in health centers and to medicines.

Still on the 11th, a visit of agents of the Health Ministry to the shelter. 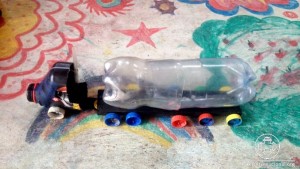 There was the distribution of food, preceded by the prayer of “Hail Mary” in Spanish, for thanking.

The works of artisanship made use of recycled products for the making of toy truck and for expressing devotional icons, besides images of birds.

Another meeting with the Aidamos and the coordinator of Setrabes (Roraima Labor and Social Welfare Secretary) in the shelter, for updating related to the entrance of other two Indigenous leaders in the family groups. 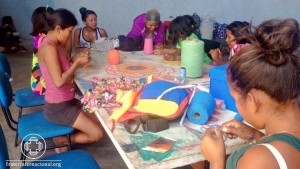 Father Jesus, of the church of Pacaraima, requested that the missionary organize a meeting with the Indigenous people who had the intention of baptizing their children on Sunday, the 14th.

The chief of the Fire Brigade visited the shelter and talked about the conscious use of water.

About the issue of cleaning, it was agreed with the Aidamos that each day will have a family group responsible for the harmonization of the shelter.

The tools that are lent to the workers and the storage of donations were organized. 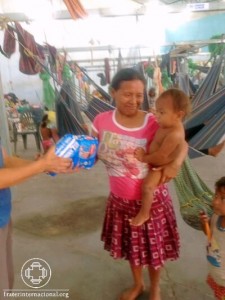 There were distribution of diapers to the mothers and artisan work. Beautiful articles were made. For example, a miniature of a bamboo house was made, showing the ability and talent of the Indigenous artisans.

During the day there was the cleaning of the cesspool.

Accompaniment to the doctor: a child was having constant vomit for nearly two days in a row. Mother and child were taken to hospital, where the child received medicines and serum.

In the church of the city, the main panel has the inscription: “Sacred Heart of Jesus, I trust in you and wait”. In this church, Father Jesus celebrated the baptism of some children of the shelter. 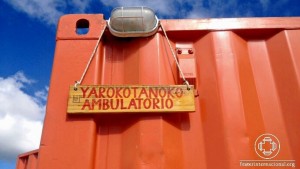 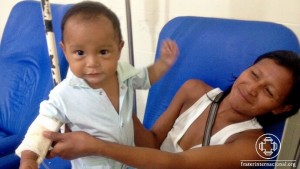 Taking to the doctor 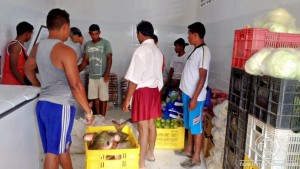 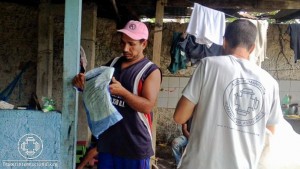 Assistance in the condominium 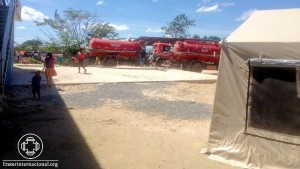 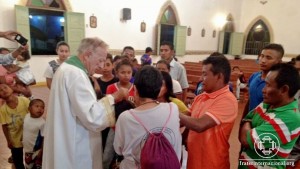 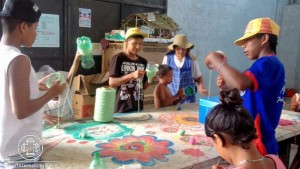 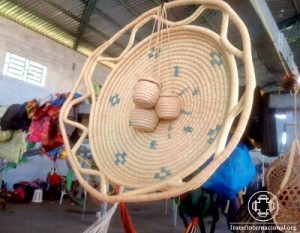 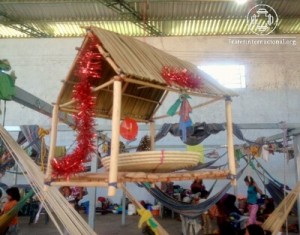