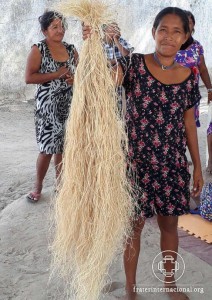 Inserting children into school demands special dedication. In the case of indigenous children, the missionaries of the Fraternidade – International Humanitarian Federation, together with the staff of the Roraima Labor and Social Welfare Secretariat (Setrabes) and of the Social Project of Casa de los Niños, prepared a project for a cultural school of transition which will operate inside the shelter. The project will be implemented still in this month of February and aims at preparing the indigenous children hosted in the Pintolândia shelter so that they can, in the future, be in a position to join the official public network, since, due to the differentiated culture, the children still present much difficulty of adaptation.

This week, the production of hammocks was intensified. A survey was made to get to know how many buriti sprouts are necessary to process the fiber used to make handicrafts in the Warao culture. But it is not everyone who likes to use the buriti fiber. Some prefer the nylon line. 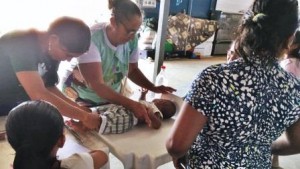 On Feb 8th, there was a visit of representatives of the Public Defender and of the Ministry of Health, who were received by a representative of Setrabes. This week, the Pastoral of Children was also present to weight and measure the children of the shelter.

With the constant arrival of indigenous people, the clothing distribution is one of the tasks that involves the most time and organization. On Feb 10th, another 27 indigenous people arrived from Pacaraima and the current count reaches 530.

The cleaning of the shelter is another incessant task and this week the Mayor of Boa Vista city sent a staff of 12 workers for a general cleaning in the shelter. 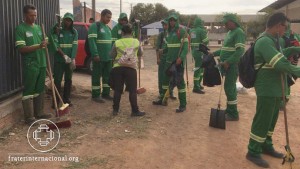 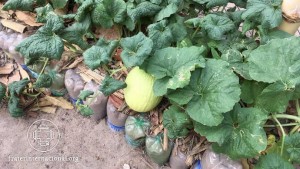 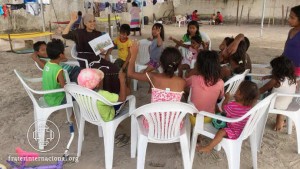 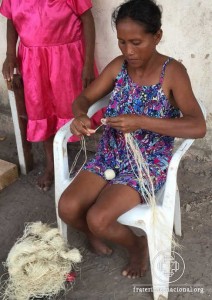 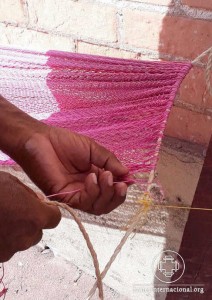 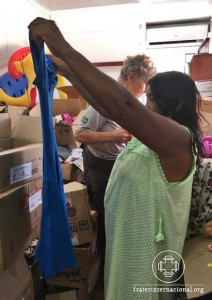