Release of CD with canticles of the Sacred Week 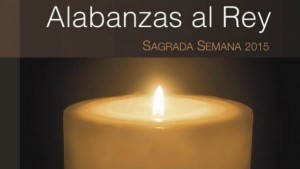 The Grace Mercy Order and the Association Mary have released the CD ‘Alabanzas al Rey’ (Praises to the King), with canticles recorded during the Holy Week of 2015 in the Marian Center of Aurora, in Paysandú, Uruguay.

Since 2013, members of the Grace Mercy Order hold annually in the same period of the Holy Week, the event ‘Sacred Week’, when during seven days prayers and contemplations about the Passion, Death and Resurrection of Jesus Christ are performed. In the CD there are seven canticles, one for each day of the meeting, and which express devotion and love.

The album has been recorded and produced by members of the Grace Mercy Order and of the Association Mary. The production and mastering counted with the support of volunteers.

Learn about the album here