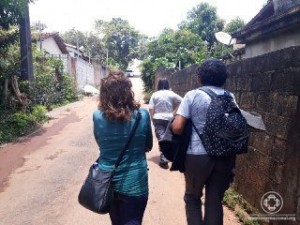 Volunteers from FFHI visit the districts of Brumadinho

A team of volunteers composed of seven professionals specialized in emergency psychology for situations of disasters is conducting the task.

The assistance began in the context of Brumadinho Mission, during the first week after the collapse that unleashed the environmental tragedy. The offer presented before the Center of Psychosocial Attention of Brumadinho is to continue with the work until July 2019.

On Saturday, March 9, the second round of home visits took place, after the ending of Brumadinho Mission.

16 countries have received missions of FFHI

The emotional impact of the event increased due to the social structure of the communities affected, as most families are strongly interconnected by multiple bonds of kinship, friendship, and godparent ties, perceiving themselves as a single great family.

“Our initial work consisted in offering a warm and loving welcome to the people who were living this trauma of the loss of loved ones on a great scale, listening to them, giving them the opportunity to express the immense pain they had inside. We sought to understand each one, and, from the way they expressed themselves and interpreted what had happened, we tried to identify in them inner resources as well as networks of support that could allow them to overcome the situation”, explained Fatima Cavalcante, one of the active psychologists.

She reported that they basically found three kinds of reactions: in general, the women turned out to be more open to exposing their feelings, the men presented more introverted behavior, whereas the children saw their routine suddenly break by the atmosphere of generalized cry, collective despair, and massive burials, without being able to understand what was happening.

“We sought to understand each one in their pain and identify inner resources as well as networks of support that could allow them to overcome the situation”, Fatima Cavalcante.

Many assisted women are female heads of household, and a great number fulfill roles of emotional sustenance, not only in their homes but also of many other families directly or indirectly affected. “They opened the doors of their homes to us and of their hearts, with much gratitude, they shared the immense suffering that was shattering their hearts, and by her words, it became evident the marked religiosity that sustains them. It certainly occurred that some tried to find in this hard experience a lesson to keep moving ahead”, added Fátima.

Mariandja, who coordinates this psychological service of FFHI, commented that they began to deepen the accompaniment of those affected, to guide them by paths to overcome the initial impact and to reconstruct their lives. She remembered that this systematic support is fundamental to liberate people from their anguishes, fears, guilt, anger, and other negative feelings that in the future could bring about aggravated symptoms.

The Brumadinho Mission was carried out from January 29 to February 23, 2019. It helped families and the Animal Kingdom, after the breaking, on January 25, of a tailings dam of Vale mining company, which buried under a torrent of mud the offices of the company in Brumadinho and in several districts of the city, with a result, until March 9, of 197 casualties and 111 disappeared.

Brumadinho Mission was the 22nd humanitarian mobilization of FFHI, which, since 2011, has collaborated in different emergencies, in 16 countries of the Americas, Africa, Asia, and Europe. 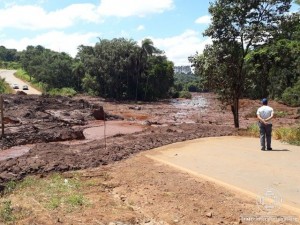