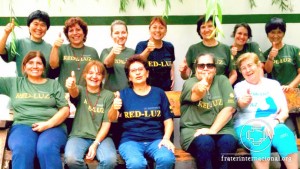 Under heavy rain, the Third Meeting of the Permanent Mission Paraguay – Awakening Seeds – was conducted, in support to the Indigenous Consciousness, with the participation of volunteers from the Network-of-Light groups of Paraguay, Argentina and Brazil, and of Paraguayan health professionals who offered for the task.

At first, the activities were scheduled for February 11 and 12, in two Guarani communities of the State of Alto Paraná, but the climatic conditions and of the rural roads forced the cancellation of the activities of the second day. Only the interaction with the members of a community of the Mbya Guarani ethnic group was possible. They are located in the center of the Ciudad del Este, capital of Alto Paraná, and 320 km East of Asunción, capital of the country. 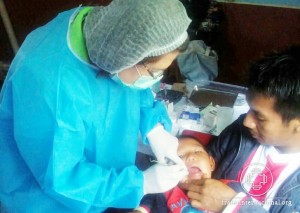 Among the activities conducted are medical and dental assistance, hairdresser (hair wash and cut) and recreational activities for the children. Also a lunch was shared and made the distribution of food and clothes as donation, as well as the delivery of a first-aids kit. A doctor had the task of offering 30 clinical consultations. In their field, four dentists rendered a wide service of oral health that included 30 dental fillings, 21 extractions, 10 works of fluoride application, 10 prophylaxis and 11 medications. 82 services altogether. Also toothbrushes were distributed and tooth brushing techniques were taught. 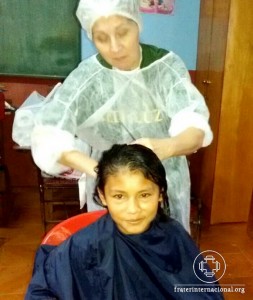 “I became impressed with the love and the dedication of the doctor with each patient”, commented Alicia Wanda, an Argentinian volunteer who collaborated in the procedures as a nurse. “The children asked for caress and became enchanted by the way we cut their hair and washed their heads”, highlighted the Brazilian Maria Ávila.

On the 10th, part of the group of Paraguay visited Indigenous people from an Ava Guarani community, which is nowadays scattered after being expelled from the terrain they used to rent beside a landfill, in the outskirts of Ciudad del Este. The volunteers of Paraguay Mission became familiarized with the precarious situation in which the native people found themselves, interacted with some mothers and children, and left provisions. 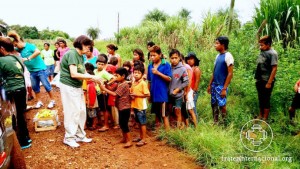 The Paraguay Mission – Awakening Seeds – is a permanent regional mission that is part of the Campaign Mission for the Original Peoples of the Fraternidade – International Humanitarian Federation – and which is conducted by collaborator of the Planetary Mission Network.

At the request of the Divine Messengers, it is executed in the region of Alto Paraná by volunteers of the hosting country, as well as from Southern Brazil and Northeastern Argentina. This time five collaborators from the Argentinian provinces of Misiones and Chaco, four from the State of Paraná, in Brazil, four from the Paraguayan capital besides the important support of three volunteers from Ciudad del Este and of the five health professionals that also came from Asunción.

Read the messages by the Divine Messengers about the Paraguay Mission

Read the request for foundation of the Planetary Mission Network: 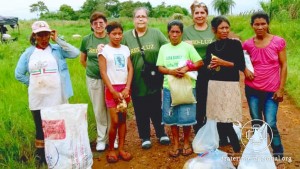 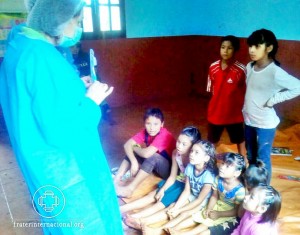 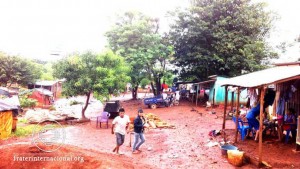