Missionaries depart from Fraternidade to carry out Egypt Mission 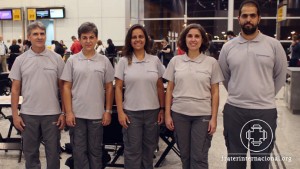 A part of the group that will carry out the Egypt Mission began the trip to Cairo, Egypt. Five missionaries of Fraternidade – International Humanitarian Federation (FFHI) went on board at the night of Monday, June 11, at the International Airport of Sao Paulo, Brazil, bound to Portugal, where two volunteers of the Network-of-Light of Europe will join the group, to complete the team that will carry out the humanitarian service in Egypt, North of Africa.

Egypt Mission will begin on June 14 and will extend until Sunday 24. In this period, the missionaries will give support to the work that the Sisters of Charity of Mother Teresa of Calcutta develop in Cairo. Support to two houses is expected: in one, the nuns shelter and look after elderly people, whereas in the other, located in a marginalized neighborhood in the city, is a home for children in situation of extreme poverty. 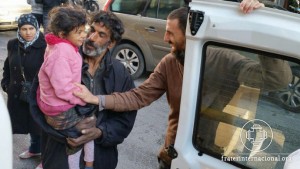 To Shen, the coordinator of Egypt Mission, this task is a deepening of the missionary action of Fraternidade in the region of the Middle-East. The first mission of peace in this conflictive part of the planet took place in January and February 2016. In this opportunity, a group of 14 missionaries travelled in Turkey from North to South, to render services to refugees from Syria and from other Muslim nations that were arriving in Turkey with the hope of continuing their trip to the more prosperous countries of Europe, and thus escape the horror of the wars and of famine. In September 2016, Fraternidade – International Humanitarian Federation began its second humanitarian mission for the refugees in the Middle-East, this time in Greece, where it founded a permanent base. 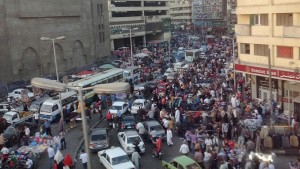 Another member of Egypt Mission, Roseneide Freitas, said the group goes with the hope of collaborating, even if minimally, for the relief of the immense pain suffered by part of the Arabian world and part of African peoples.

Egypt Mission is part of the Campaign for Peace of Association Mary, and will complement the days of ecumenical prayer that this entity will develop in several countries of Europe, including Portugal, Poland, Switzerland, Austria and Spain, until next July 20.

To collaborate with this initiative for the peace in the Middle-East, click here.