October 30 to November 14, Monday to Tuesday

Inauguration of the shelter 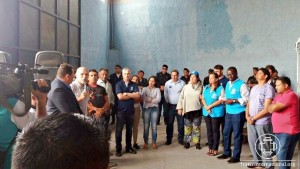 On November 7, the shelter was inaugurated for immigrants of the city of Pacaraima. The place was loaned by Roraima State Government. It is coordinated by Pacaraima Secretary of Social Assistence. The space has capacity for 200 people and already has 220 Warao Venezuelan Indigenous immigrants settled.

“Almost one year after the Indigenous people were living in sub-human conditions in the streets, the House of Passage of Pacaraima was opened”, said Imer, a missionary of the Fraternidade – International Humanitarian Federation. 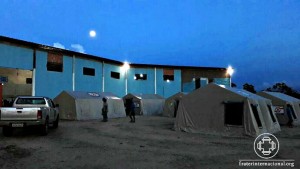 The missionaries of the Fraternidade, in partnership with the personnel of the  City Hall of Pacaraima and firepersons of the Civil Defense of Roraima, assembled several tents in the external are of the shelter.

With the help of the City Hall, the Fire Brigade and support of people from the city, the trash was removed and  deep cleaning was made in the streets where the immigrants had been lodged. 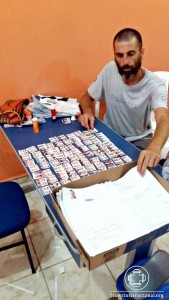 An activity of registry of the Venezuelan immigrants was done as well as the guiding of how to obtain documents in partnership with the Institute of Migrations and Human Rights (IMDH) and the Pastoral of the Migrant of the Catholic Church.

The registry was conducted with the filling up of the form of the National Committee for Refugees (CONARE) and taking of photos. The immigrants also received guidelines about the options for documentation that the Brazilian Government currently offers for free (request of refuge or of temporary residence for two years). 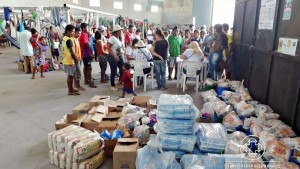 Distribution of personal hygiene kits and foods in the shelter in partnership with the Center of Reference of Social Assistance (CRAS), of the Social Development Ministry of Brazil. 50 families were attended.

The support continued for the distribution of breakfast and lunch offered by the Parish of the city. 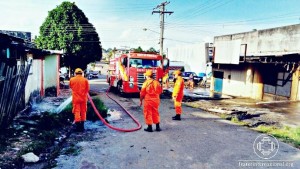 Cleaning in the streets 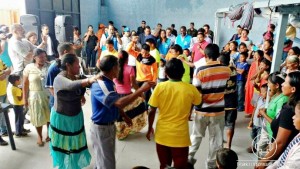 Dance in the inauguration of the shelter 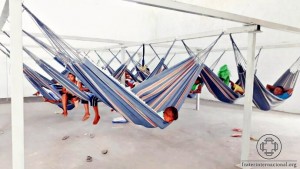 Hammocks in the shelter 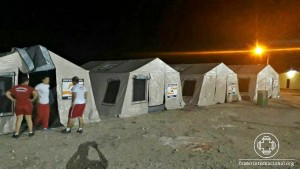 Tents in the external area 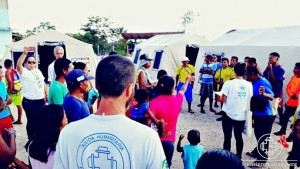