Humanitarian Roraima Mission in Pacaraima – arrival of the missionaries

On October 11, seven missionaries of the Fraternidade – International Humanitarian Federation – arrived in the city of Pacaraima for the activities of the Humanitarian Roraima Mission. The city borders Venezuela, and has become one of the main entrance points for Venezuelan immigrants to Brazil. Pacaraima is in the Northeast of the state of Roraima, about 200 kilometers from the capital Boa Vista. 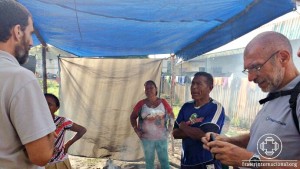 The group of missionaries returned to the city about one year after the beginning of activities of the group in the region. “We perceived that the immigration situation is lacking attention and resources, and violence in the city seems to have increased”, said Imer, a missionary of the Fraternidade.

During the first weeks of work, the missionaries got into contact with several institutions (Churches, City Hall, health services, secretaries, associations) and groups such as Médecins San Frontières. They also visited the place where the headquarters of the missionaries in the city will be, which will serve as lodging place for the group and also as storage of donations. 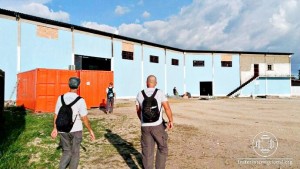 Visit to the shelter in construction

Work on the streets

The missionaries visited the place of the future shelter for immigrants in the city, which is in construction. “As the shelter is not built yet, we have to begin working in perfecting the conditions on the streets. This also happened in the beginning of the works of Roraima Mission in the city of Boa Vista. We have to help in feeding, do health assistance and recreation for children, do everything on the streets until the shelter is ready”, explained Imer. 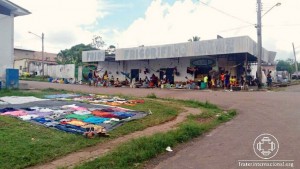 Indigenous immigrants at a corner in Pacaraima

The first contact with the Venezuelan immigrants took place in a settlement of indigenous people of the Warao ethnic group. Some were already known from the shelter of Boa Vista. “Most of them are new immigrants, who did not move to other places. We talked with the Aidamos (Indigenous leaders) and established a bond to begin an updated census of the families that are in Pacaraima living on the street”, said Imer. 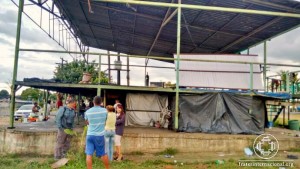 Non-Indigenous immigrants living under a stage

Twelve families of non-Indigenous Venezuelan immigrants are lodged in an old stage of the city, which has a canopy. The missionaries visited the families and detected children with health problems due to exposure to cold. Some were referred to hospital. Donations were made of rice, hygiene and cleaning articles, and some plastic to be used to cover the place where they stay, to help protect against rain. 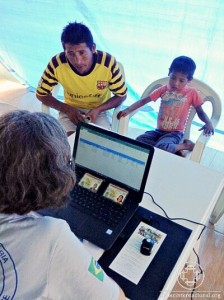 Census of the immigrants

The census in the settlement of immigrants was conducted during a few days by the missionaries of the Fraternidade, and it showed that nowadays 160 people live in the place, divided into three family groups, each one with its Indigenous leader.

“We also had contact with the Panare ethnic group, which comes from the Venezuelan state of Bolivar. They are artisans and are also migrating and undergoing the same lack of resources as they cannot sell their crafts. They are shier and silent, but after a few hours we managed to relate to them”, said Imer.

Besides the census, a registry of the immigrants was made, based on the form provided by the United Nations High Commissioner for Refugees (UNHCR). The registry will serve for the creation of personal identification, which will be needed for access to the future shelter of Pacaraima. 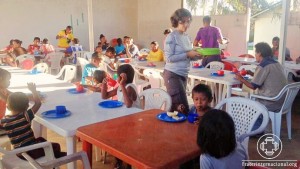 Support in the distribution of breakfast

From Monday to Friday, in the morning, the missionaries have been helping the distribution of breakfast offered in the parish of Pacaraima to about 300 Venezuelan immigrants, both Indigenous and non-Indigenous. Once a week, the group also gives support in the fixing and distribution of lunch offered by the Catholic Church, which then is distributed in the settlement.

“Since the arrival of the Fraternidade, we feel that people and the public institutions are engaging more, with people offering to help”, said Imer.

On the 26, members of the Federal Public Defender conducted activities to check irregular situations such as sexual and working exploitation. A registry was made with the immigrants, and their rights were informed to them.

A health problem that often occurs among Indigenous immigrants are skin problems than get infected due to poor hygiene conditions. The missionaries have been making bandages daily. In some cases, hospitalization of the patient is necessary. Also cases of wounds and conjunctivitis. 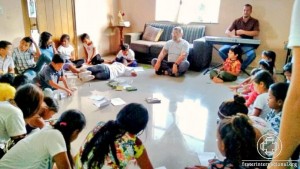 Creative experience with the children

The Association develops a work with about 120 non-Indigenous Venezuelan immigrants, including 60 children. One activity is the choir, composed by the children. The missionaries donated food to the association, participated in the choir and conducted an activity with drawing and music for the children.

Accompanied by members of the Baptist Church, the missionaries visited some improvised places where some families of non-Indigenous Venezuelan immigrants are living. Food and hygiene products were donated.

“The situation of the immigrants is very complicated, because the city is very small and does not offer many possibilities, and they do not have conditions to migrate to other places. Nevertheless, staying in this bordering region allows them to often go to Venezuela to bring food to their family members”, explained Imer.

Preparations for the shelter 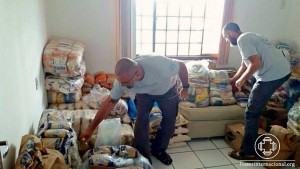 With the advancement of the construction of the shelter in Pacaraima, the missionaries began to prepare basic kits with foods and clothes. They will be distributed the moment the families enter the shelter.

A truck transporting material donated by the Mormons Church, which was going to the shelter, had problems on the road and remained stuck about 30 kilometers from Pacaraima. The missionaries obtained a truck from the City Hall and transferred the load.

On Sunday, 29, a Mass was conducted in the Parish of the city with the presence of several immigrants. The Choir of Venezuelan Children of the Canarinhos da Amazonia Association gave a presentation and paid homage to the children who suffered a car accident in Pacaraima and are hospitalized in the city of Boa Vista.

A TV team from France took images and made interviews. 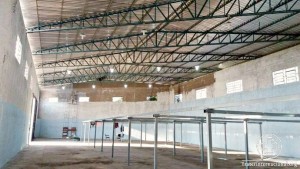 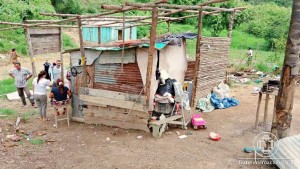 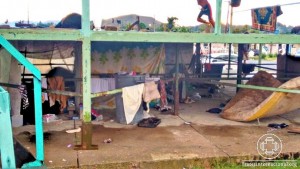 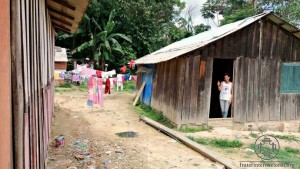 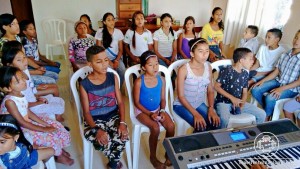 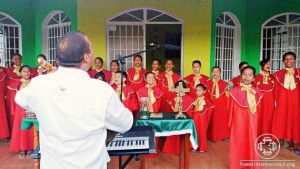 Presentation of choir at Mass 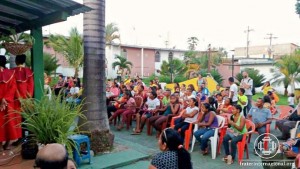 Mass with the immigrants 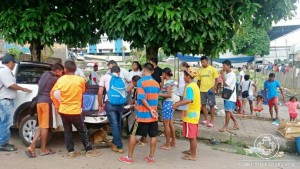 Distribution of meals on the streets of Pacaraima 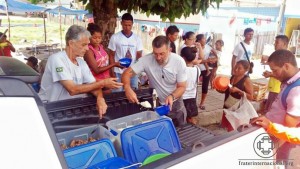